Pinnacle has switched most of the options in its popular Dolomite road bike range from rim brakes to disc brakes for 2016, and this Shimano 105-equipped Dolomite 5 looks like the pick of the bunch at £1,000. 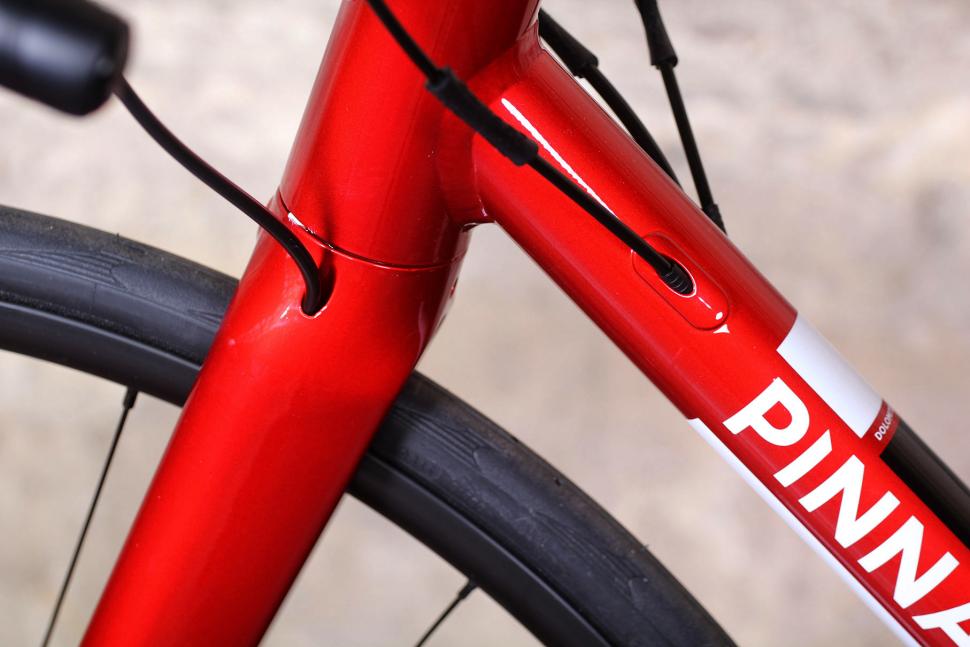 We told you last month that Pinnacle was moving its Dolomite aluminium road bikes over to disc brakes for 2016, the Dolomite One (£450) remaining as the sole rim brake option in the lineup.

The Dolomite is a road bike that’s designed for year-round use in UK conditions, and Pinnacle has made the change to disc brakes to offer improved braking performance in all weathers. As you probably know, wet conditions have less effect on disc brakes than they do on rim brakes because the braking surfaces are further away from the road. 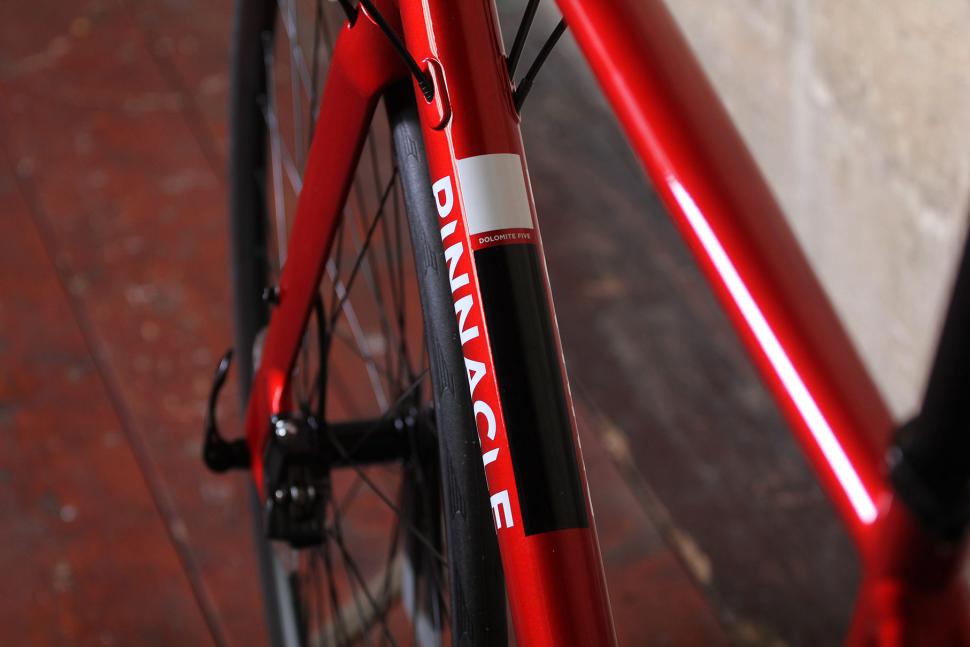 Read our review of the previous rim brake version of the Pinnacle Dolomite 5.

The frame is still made from 6061-T6 heat treated aluminium that’s double and triple butted, meaning that the tubes’ wall thicknesses are varied to provide strength where it’s most needed while saving weight.

Although the frame has been redeveloped to accommodate the disc brake, Pinnacle has stuck with essentially the same geometry as before. The idea, according to Pinnacle, is that the Dolomite “rides a fine-line between a more upright sportive bike and a performance bike that an experienced rider will feel at home on during winter training”. 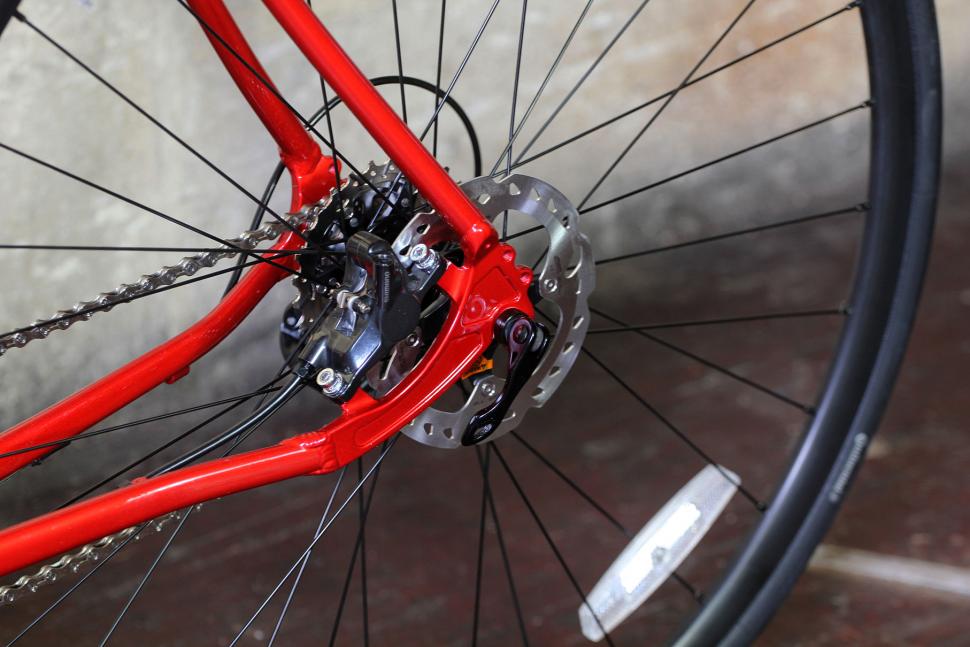 To put some figures on that, we have an XL model in for review by Jez, and that has an effective top tube of 590mm, a seat tube of 560mm, and a 200mm head tube. The stack (vertical distance from the centre of the bottom bracket to the top of the head tube) is 609mm and the reach (the horizontal distance between those points) is 404mm.

As Pinnacle suggests, that looks like a geometry that’s somewhere between a traditional road bike and a more relaxed sportive bike. It’s fairly aggressive, but not a full-on race setup.

One minor tweak to the geometry is that Pinnacle has lowered the bottom bracket a touch; the drop is now 75mm rather than 70mm to take account of the larger tyres that have become increasingly popular over the past few years. All of the Dolomites come fitted with 25mm tyres, in this case well-respected Continental Grand Sport Race, although you get enough clearance for 28s if you want to go down that route later on. The Dolomite frame uses a BSA standard screw in bottom bracket, the welds are smoothed for a very neat appearance, and eyelets allow you to fit full-length mudguards (the maximum tyre size you’ll get with mudguards is 25mm) and a pannier rack easily. 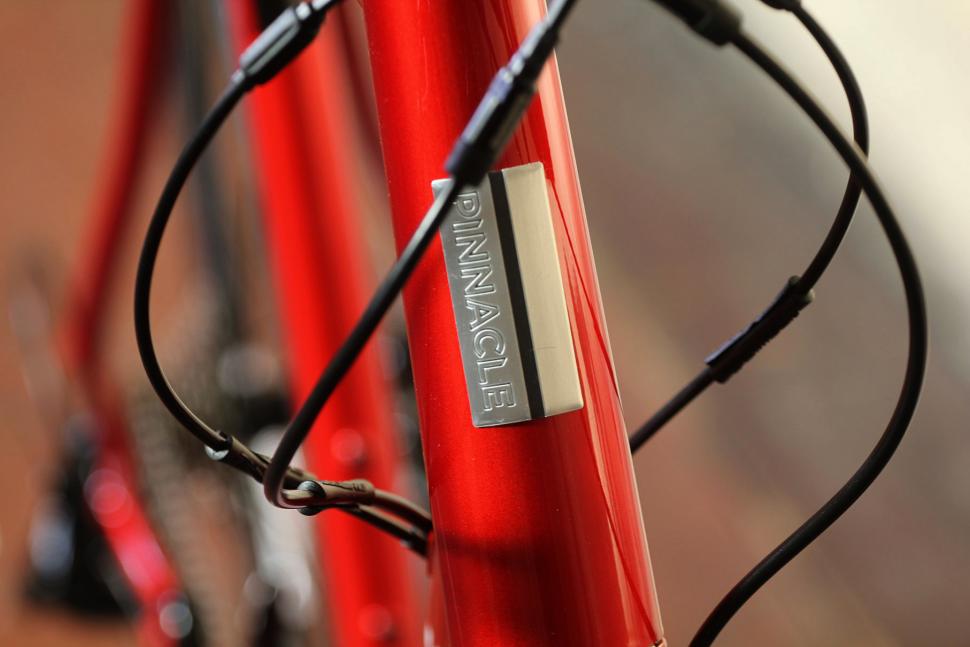 Cabling is fully internal (configured for a UK setup with the right hand lever operating the front brake) which not only looks neat, it adds a level of protection in grotty riding conditions. The routing is cleverly designed so that the cables don’t rub along the side of the head tube and mess up the finish.

The fork steerer is tapered for a little extra front end stiffness. One compromise that Pinnacle has had to make in order to offer this disc brake bike at what looks to be a very competitive price point is that the fork is no longer full-carbon, it has an alloy steerer hidden away inside the head tube. 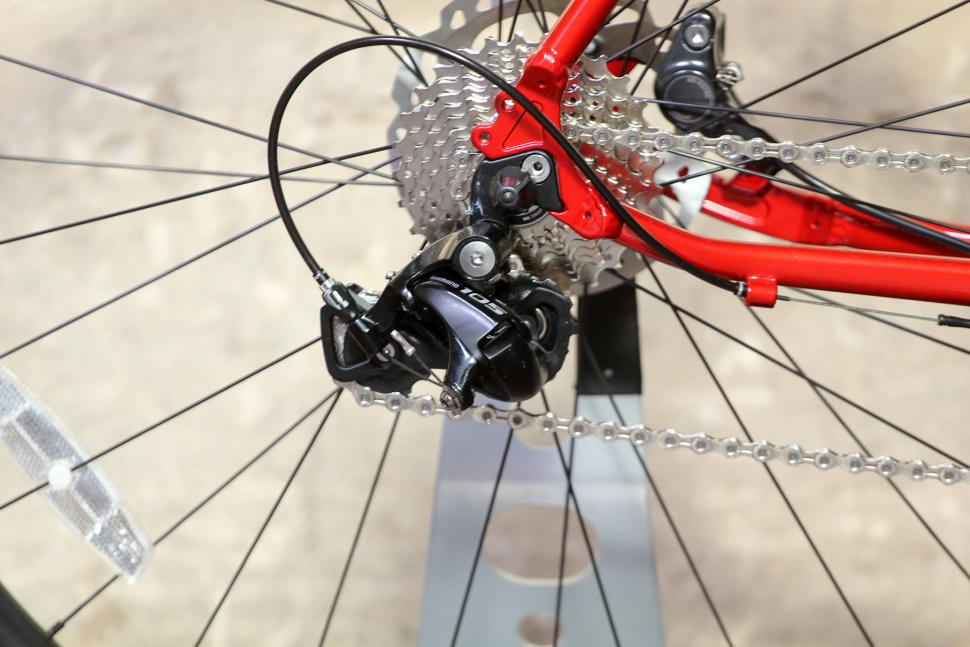 The Dolomite 5’s build is based around mid-level Shimano components. The derailleurs and shifters are 105 and you get Shimano 785 hydraulic disc brakes. 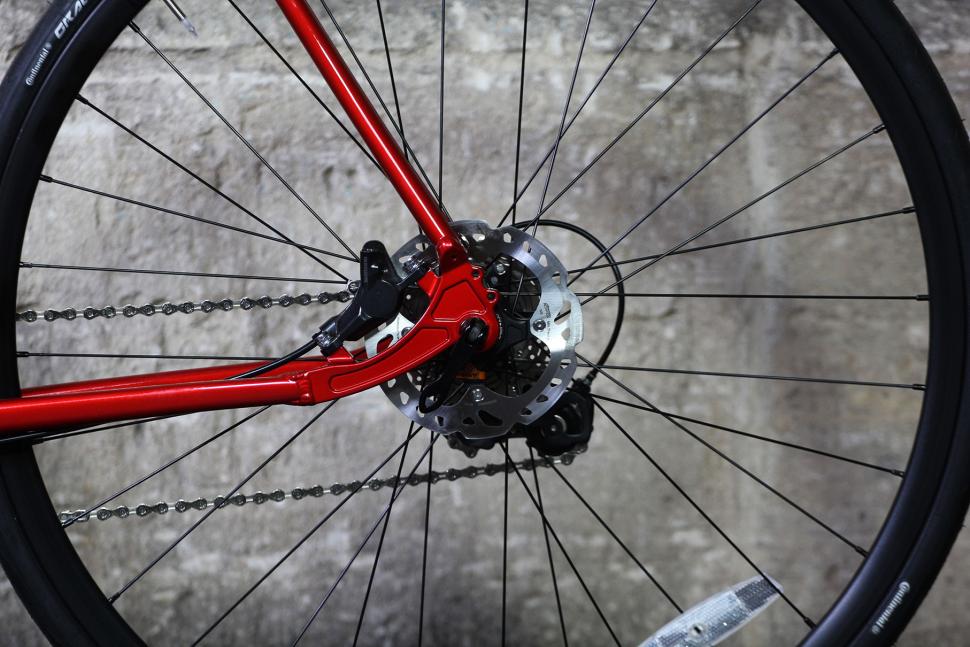 The chainset isn’t from Shimano, though, it’s an FSA Gossamer compact (50/34-tooth chainrings) matched up with an 11-28-tooth cassette, so you get a fairly wide range of gears. 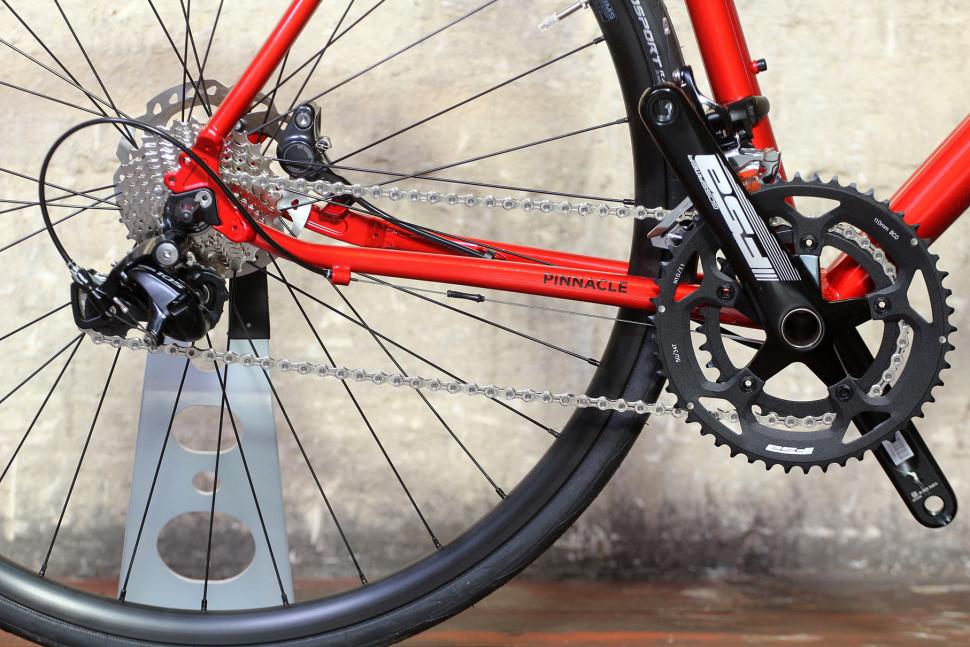 The wheels are double walled Alex Draw 1.7p rims on aluminium hubs with loose ball bearings, and the handlebar is Pinnacle’s own with a short drop of 125mm. Even most pro riders are going for compact drops these days. The aluminium stem and 27.2mm seatpost are in-house options too, as is the saddle. If this spec doesn’t float your boat for some reason, there’s a total of six models in the 2016 Pinnacle Dolomite lineup ranging from the £475 Dolomite 1 I mentioned earlier to the £1,300 Dolomite 6 with a full-carbon fork, a full 105 groupset (including the chainset), and a wheel upgrade over the Dolomite 5 we have here. There are women’s versions of Dolomite bikes too, including the Dolomite 5. The £1,000 price point is incredibly competitive, which is great news for the consumer. We really rated the GT Grade Alloy Tiagra that we reviewed recently, priced at £849.99, although that’s more of a gravel/adventure bike. It’s a capable all-rounder with TRP Spyre disc brakes, and it’s 105-equipped brother is £999.99. 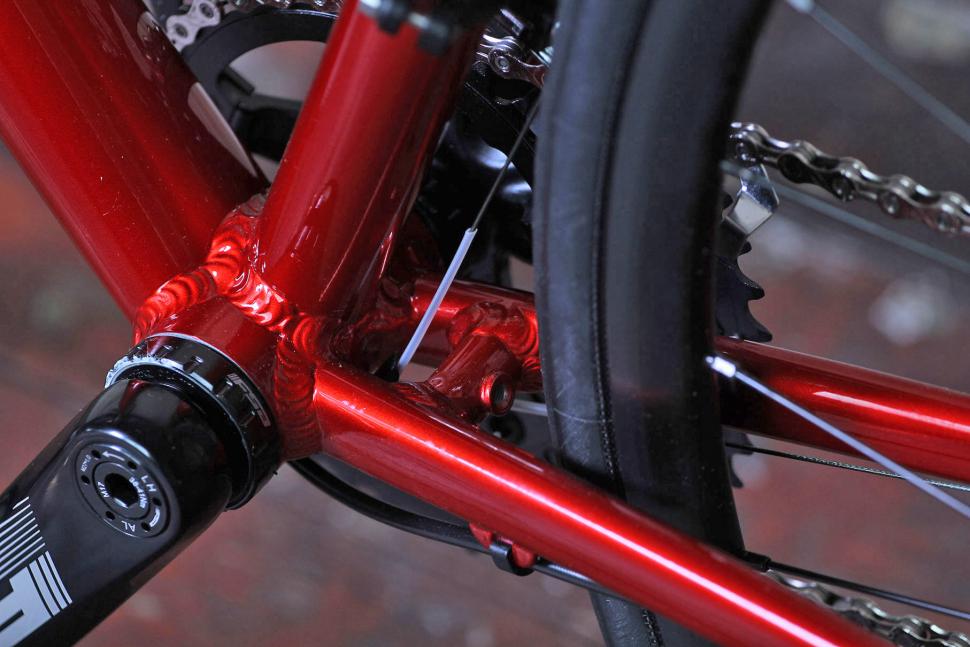 The Vitus Zenium VR Disc is an aluminium race bike with a mostly Shimano 105 groupset and TRP Spyre mechanical disc brakes. We found that it offers a responsive ride with an excellent braking performance. When we reviewed that bike it was £1,049 but the 2016 version is £999. 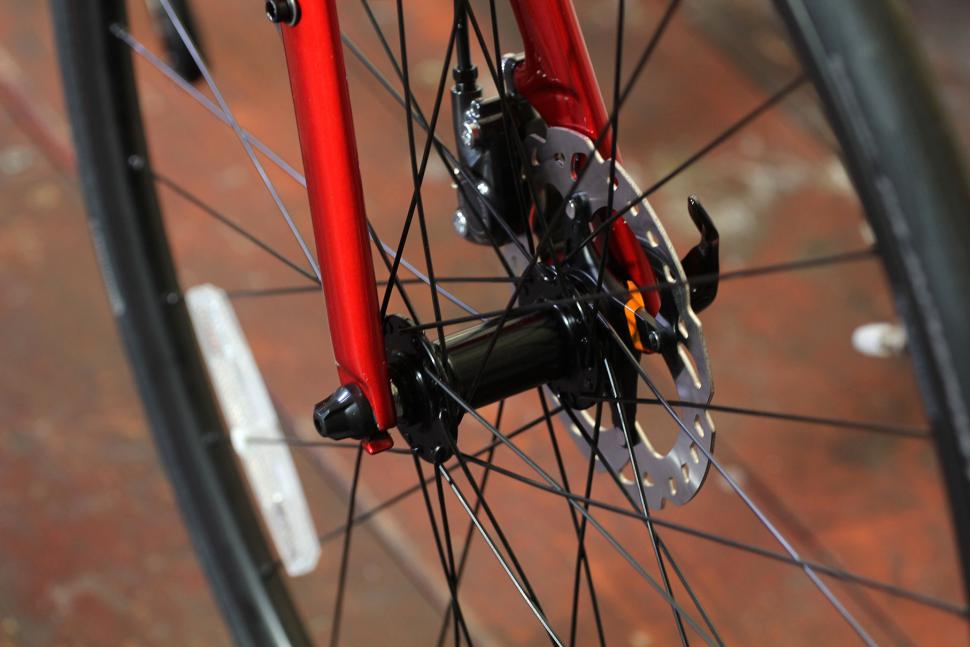 The Shimano hydraulic disc brakes could be a big draw for the Pinnacle Dolomite. They’re a real highlight on a £1,000 bike and we’ll be really interested to find out what tester Jez thinks of the overall performance. Our review is due in about three weeks. 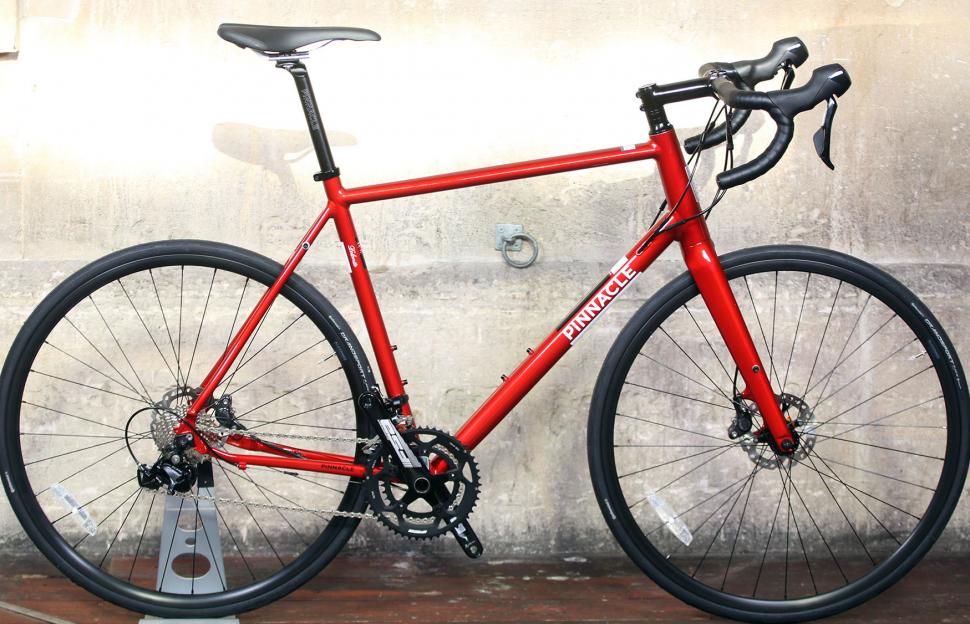 In the meantime, get more info from pinnacle-bikes.co.uk and www.evanscycles.com.