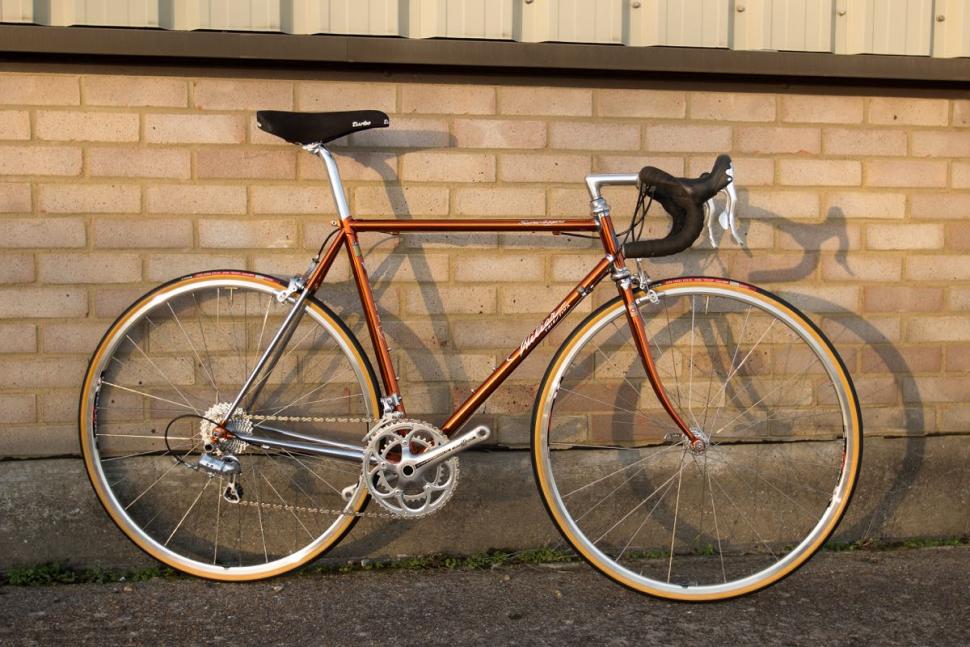 Check this out: Wilier Superleggera Ramato 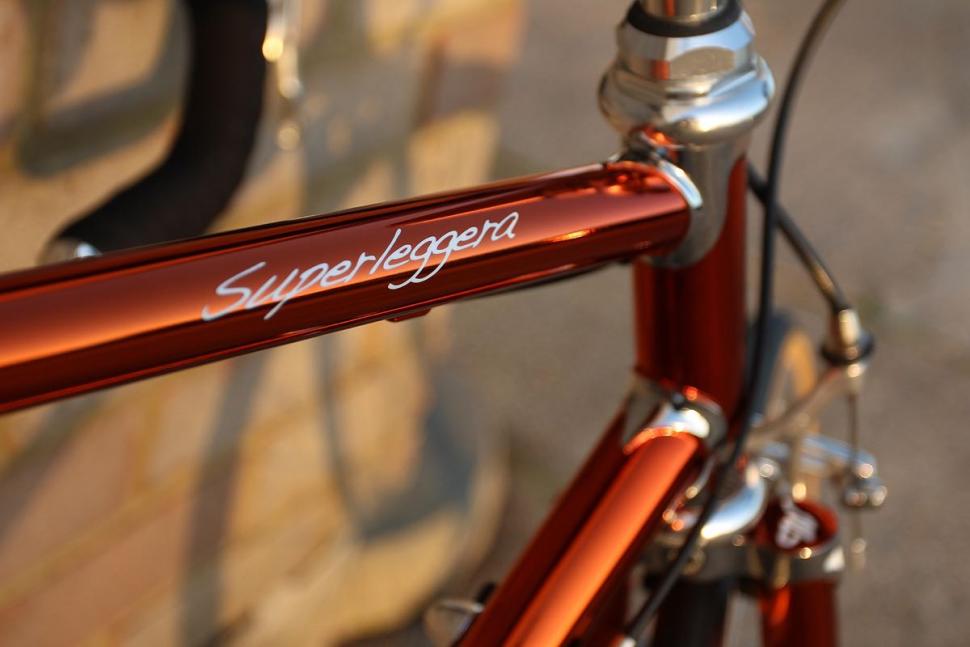 Italian brand Wilier – or Wilier Triestina for long – will be 110 years old in 2016 so it has recreated the historic Ramato finish as an option on the Superleggera as a tribute to the old Wilier racers. Genuine Ramatos are much admired but increasingly rare. 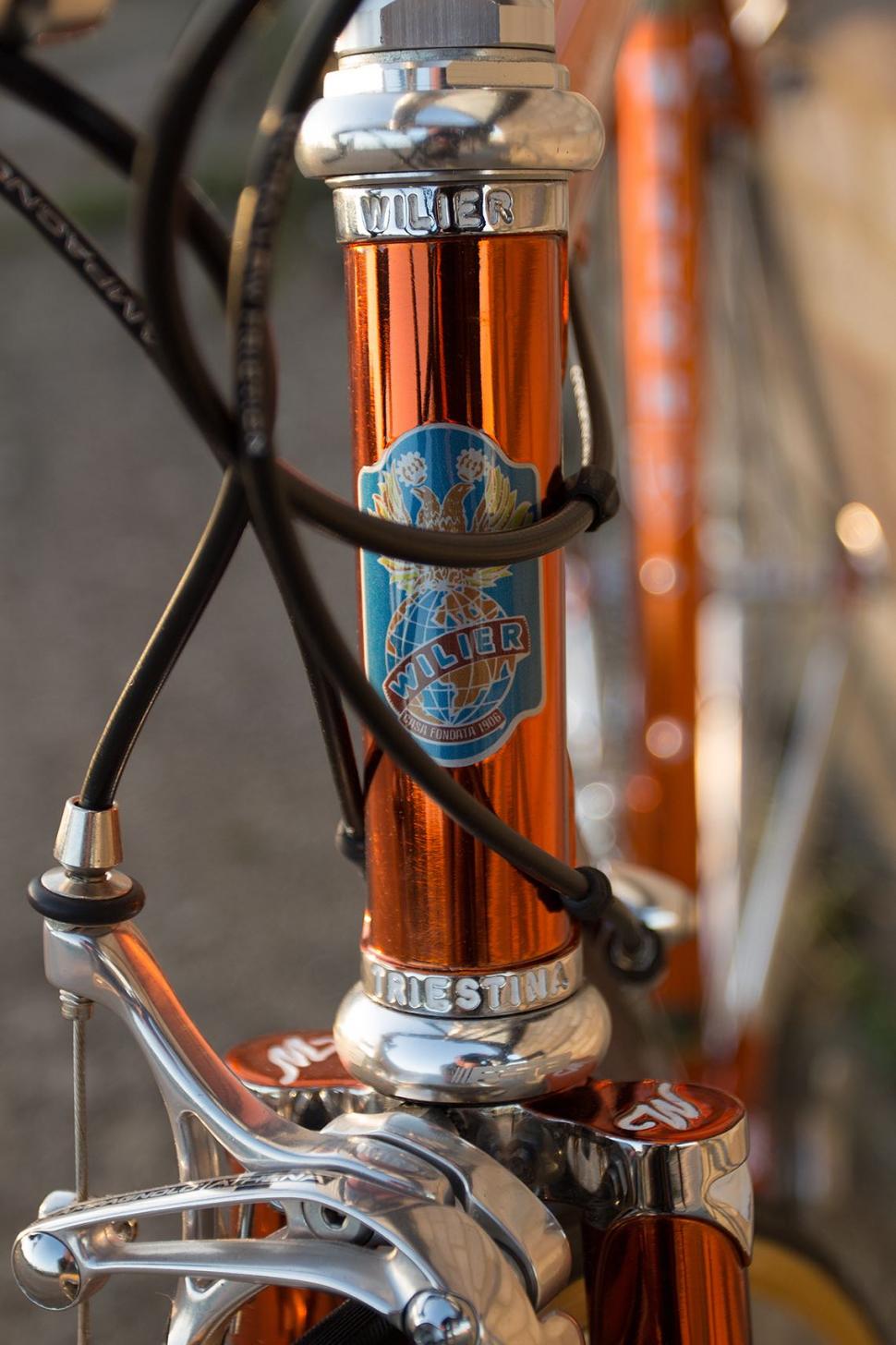 The Ramato finish was a signature feature of Wilier bikes from the late 1940s right through to the 1980s, when steel was the preferred material for high-end race bikes. 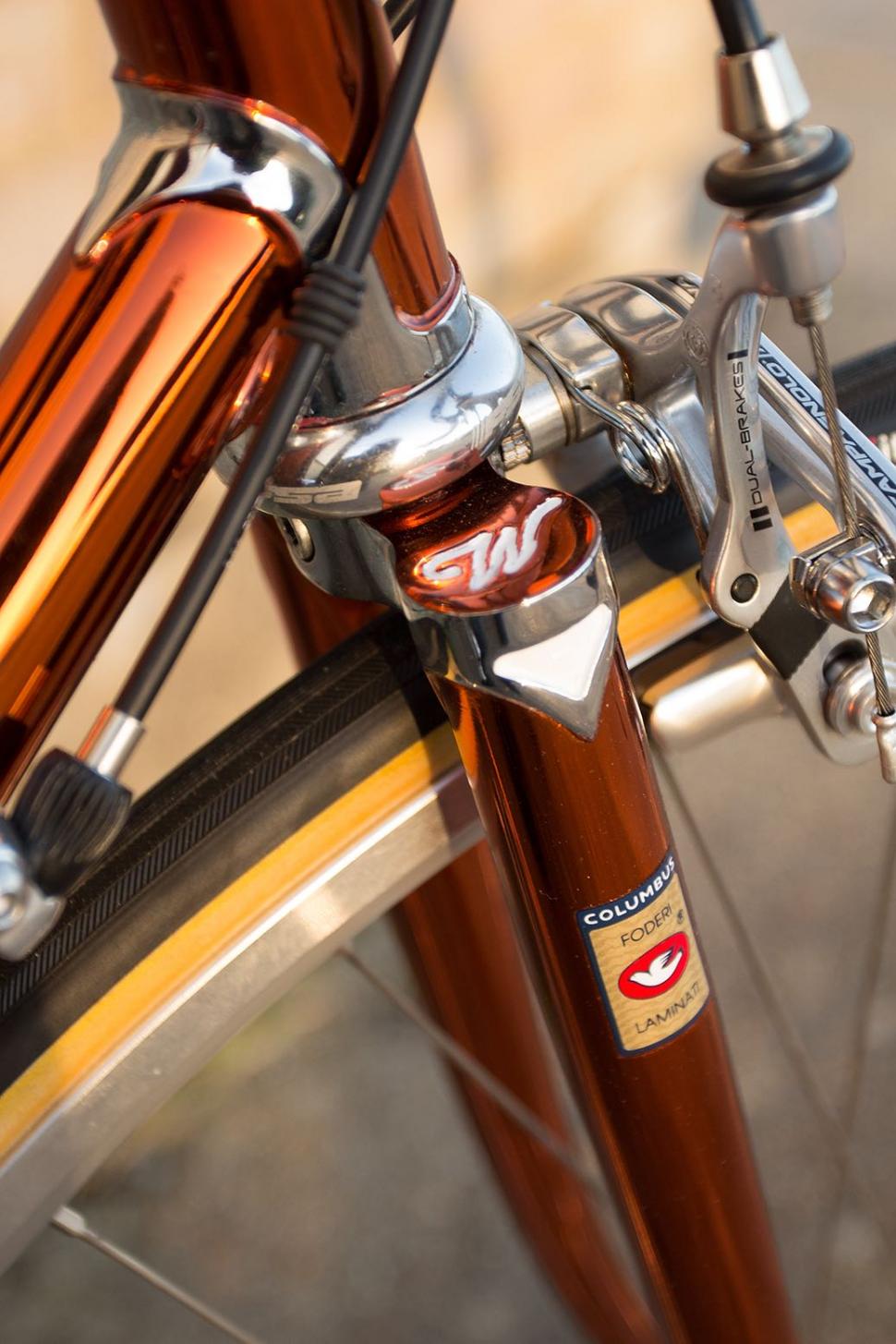 The polished copper effect is produced by mirror-polishing and then fully chroming the frame, followed by painting with a special translucent lacquer. This is a lengthy process, and that means it’s expensive. The Superleggera is made from Columbus SL Niobium tubing and this one is built up with a modern Campagnolo Athena group with a classic polished aluminium finish. 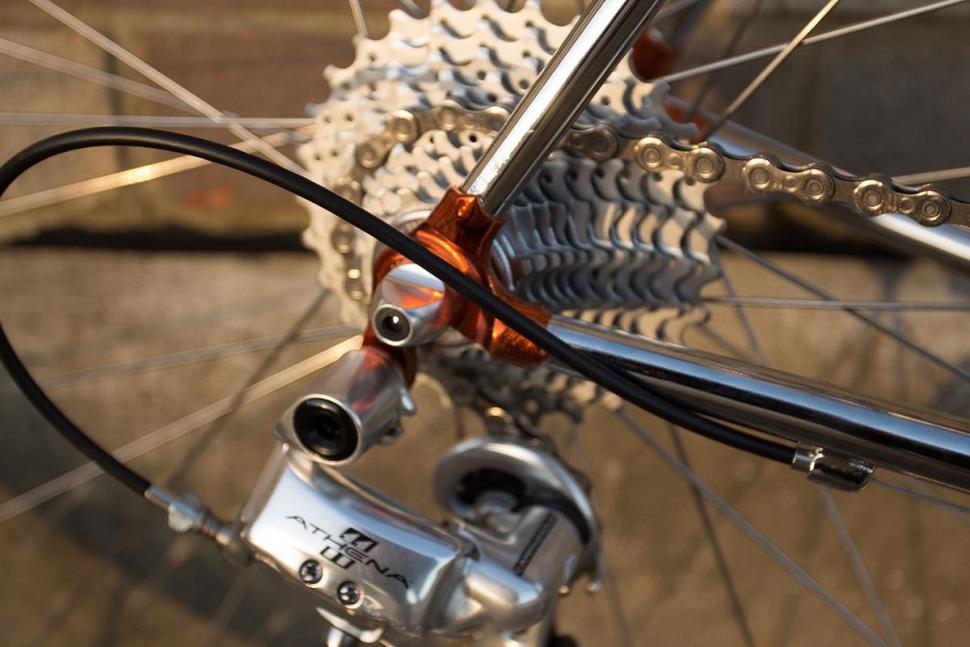 The wheels are Ambrosio Excellence rims on Ambrosia Xenith hubs for the authentic look.

“I rode a Ramato similarly equipped back from Eurobike, across Switzerland and the Alps to Le Bourg D’Oisans, and then straight up through France and back to Eastbourne,” said Wilier’s UK product manager Kevin Izzard. “I had a tent on the back and it proved to be an excellent long-distance companion. I don’t believe in building bikes to hang on the wall, they’re for riding.” 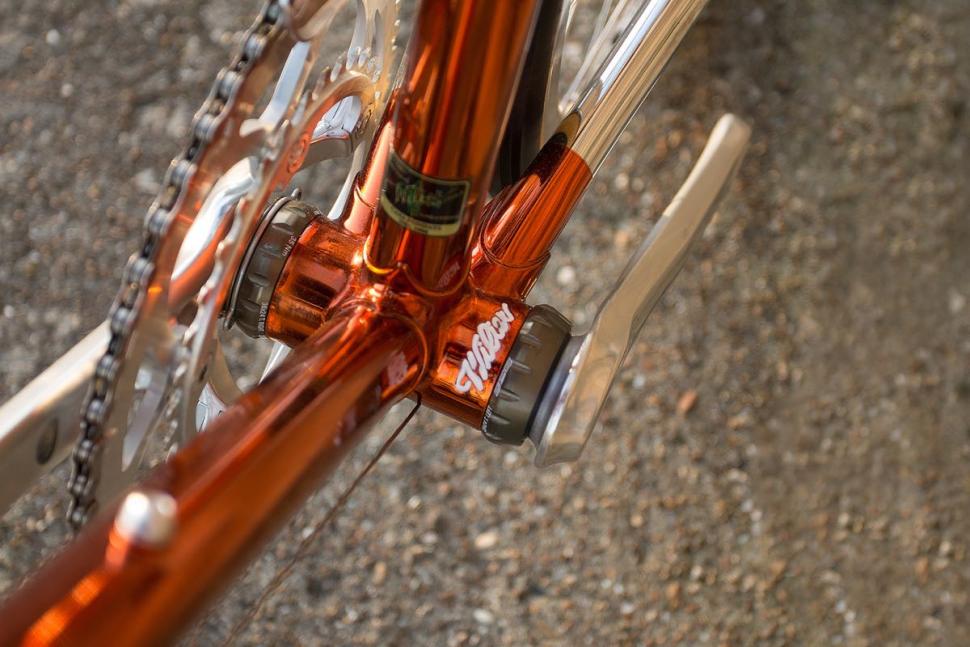 The new Ramato frames are hand-made in Italy from Columbus SL tubing in 10 standard sizes. If none of those fit, then custom sizes are available.