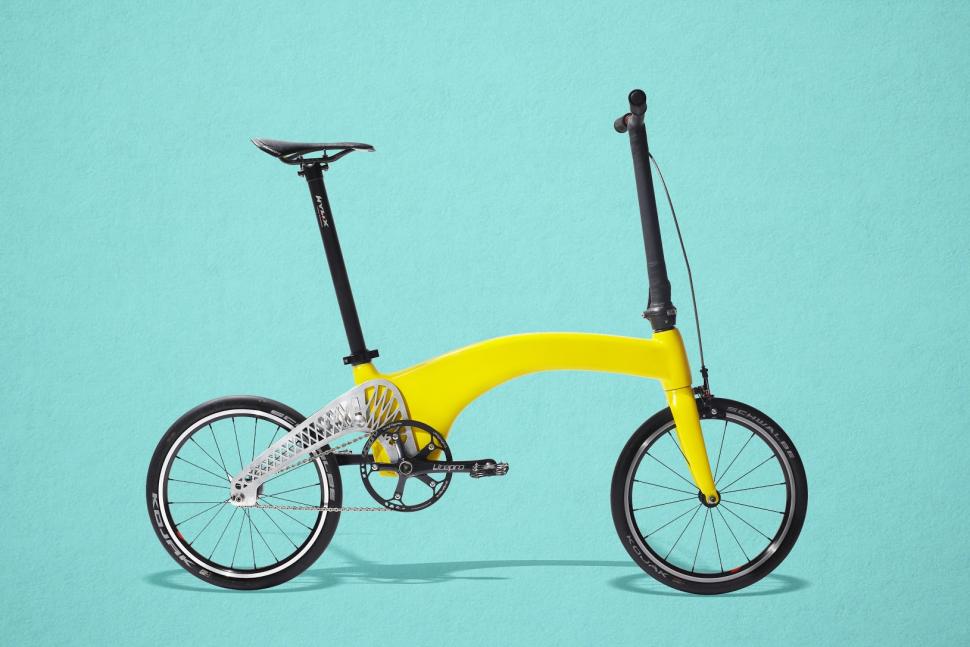 Chances are that if someone told you about a 6.5kg carbon-fibre bike, you’d picture an exotic drop-barred road bike rather than the Hummingbird, a folder that’s just started looking for funding on http://kck.st/1ODKIwfKickstarter. The team behind the Hummingbird reckons it’s the lightest folding bike in the world.

Assuming the 6.5kg (14.33lb) claimed weight for the 16in wheel version of the Hummingbird is accurate, it’s comfortably the lightest folding bike we’ve ever heard of. The 20in wheel Hummingbird will weigh around 7kg (15.4lb).

We ran a story a couple of months ago about the Helix, another bike with claims to be the world’s lightest folder, and that was 9kg (20lb).

The Hummingbird, designed and made in Britain, was launched on Kickstarter at 10am today and it is already more than 20% of the way towards its £50,000 funding goal.

The bike is the work of product designer Petre Craciun.

“I tried to buy a lightweight folding bike, but couldn’t find one on the market,” said Petre. “Then I came up with the idea for the Hummingbird and built it myself,”

One of the Hummingbird’s key features is that when you want to fold the bike, the whole back end – the swingarm, drivetrain and rear wheel – pivots forward and the chain remains tensioned.

“The folding system is the biggest invention, as it solves a problem that every other folding bike has,” said Petre. “The pivot for the rear triangle is around the bottom bracket shell, and the chain tensioner is removed. This means a lighter system as well as a safer one; the chain can’t fall any more so there’s no need for you to get your hands dirty!” 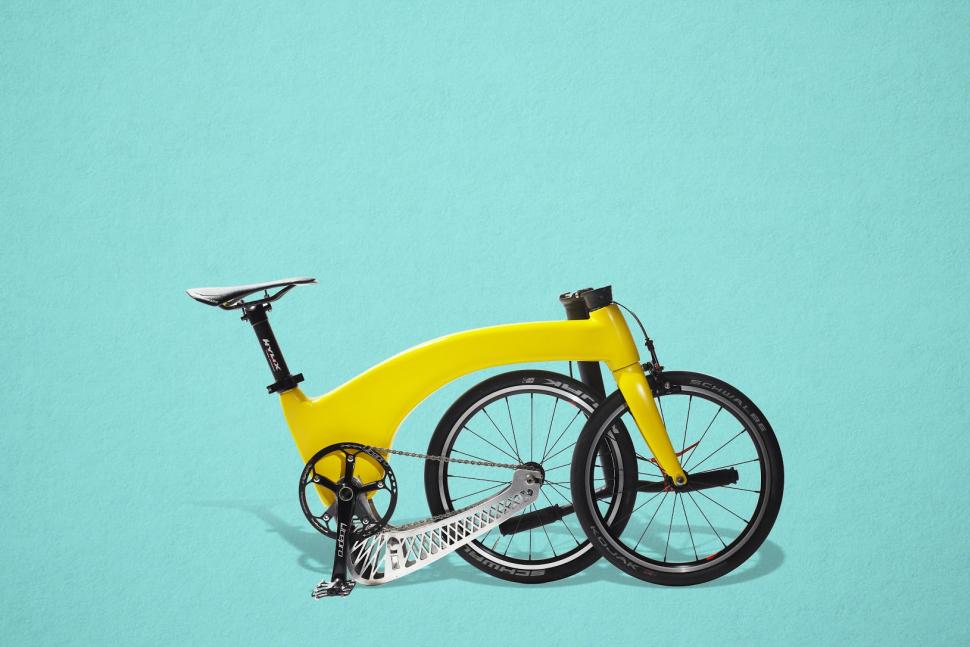 You also drop the seatpost and flip down the stem to get the Hummingbird into its fully folded state. It then measures as little as 60cm x 80cm x 20cm.

“The Hummingbird is manufactured and assembled in Britain to the highest standard, using a range of leading technologies from rapid prototyping using 3D printers to automotive industry CAM machines,” said Petre.

Both the frame and the fork are made from carbon-fibre, and although the swingarm on the pictured prototype is aluminium, that will be carbon-fibre too on the production versions. The Hummingbird will be available in both singlespeed and five-speed versions. 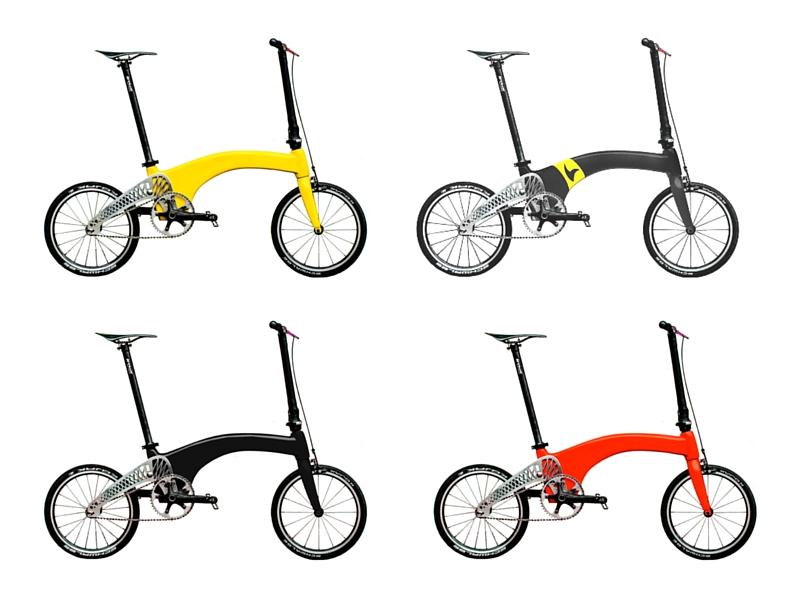 The team behind the Hummingbird are aiming to finalise the design between now and February, move into production from March, and ship bikes from August 2016.

To be in line for a Hummingbird you need to pledge at least £990 on the Kickstarter page. That’s the super-early backer deal for a singlespeed 16in Hummingbird that’s likely to retail at about £1,550.

For more info go to the Hummingbird Kickstarter page.