A new lightweight superbike from the prestigious Italian brand. It's even in celeste
by Mat Brett

The Specialissima is the new lightweight race bike from Bianchi, launched earlier in the year, which features the brand’s CounterVail vibration-reducing technology.

We first reported on the Specialissima from the launch and had the opportunity to take it for a first ride. 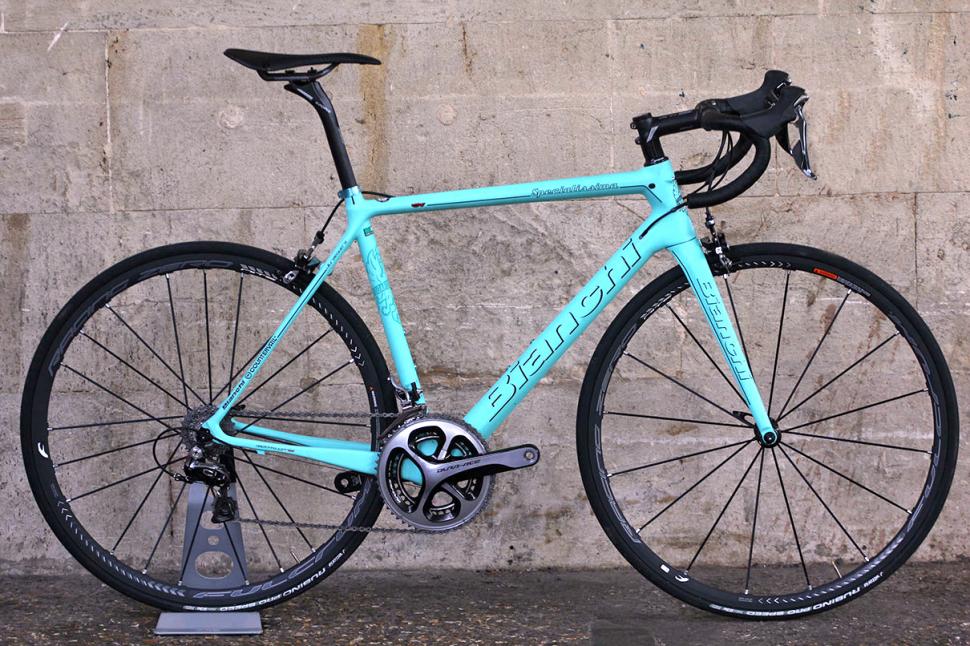 Specialissima isn't a new name for Bianchi – Fausto Coppi rode a Specialissima back in the 1950s, but this bike is, of course, very, very different from his.

For a start, today’s Specialissima is superlight. Our complete bike (more on the build later on) hit the road.cc Scales of Truth at a piffling 6.35kg (14.0lb), putting it among the lightest bikes we’ve ever reviewed here on road.cc. Bianchi claims a frame weight of 780g (for the 55cm model in black, +/-5%) – and we know that’s accurate because we put it on the scales ourselves – and a fork weight of 340g. The celeste version is a little heavier because of the paint.

The Specialissima is made from lightweight high-modulus carbon-fibre, as you’d guess, but Bianchi has added a special ingredient into the mix in the shape of its CounterVail (CV) technology. 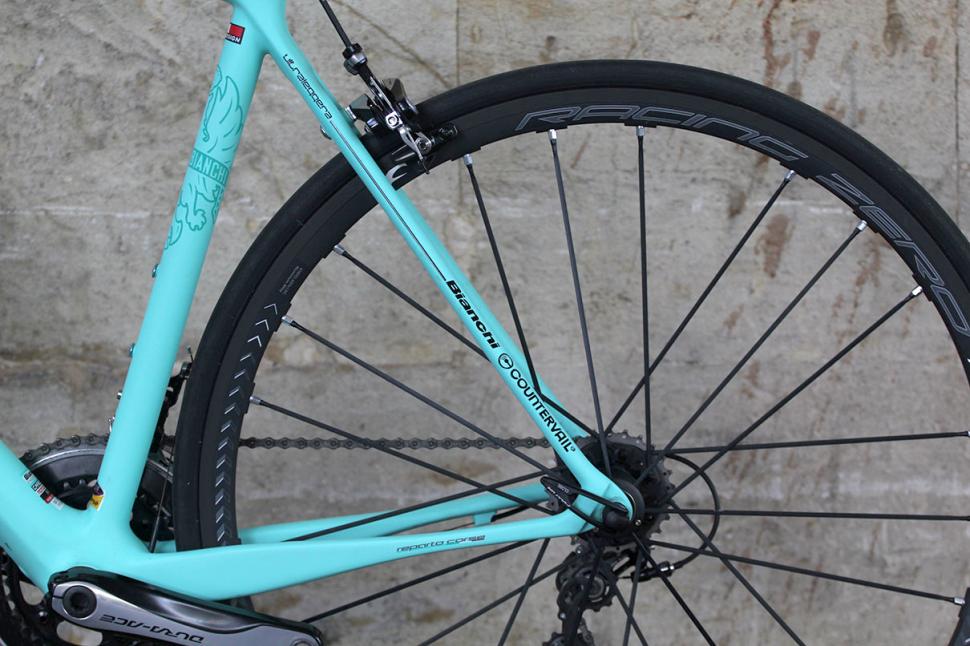 CounterVail is, according to Bianchi, “A patented viscoelastic carbon material with a unique fibre architecture that cancels up to 80% of vibrations while increasing the stiffness and strength of our carbon frames and forks.”

Countervail comes from Materials Sciences Corp and is sandwiched between layers of high-modulus carbon-fibre in the Specialissima’s construction. 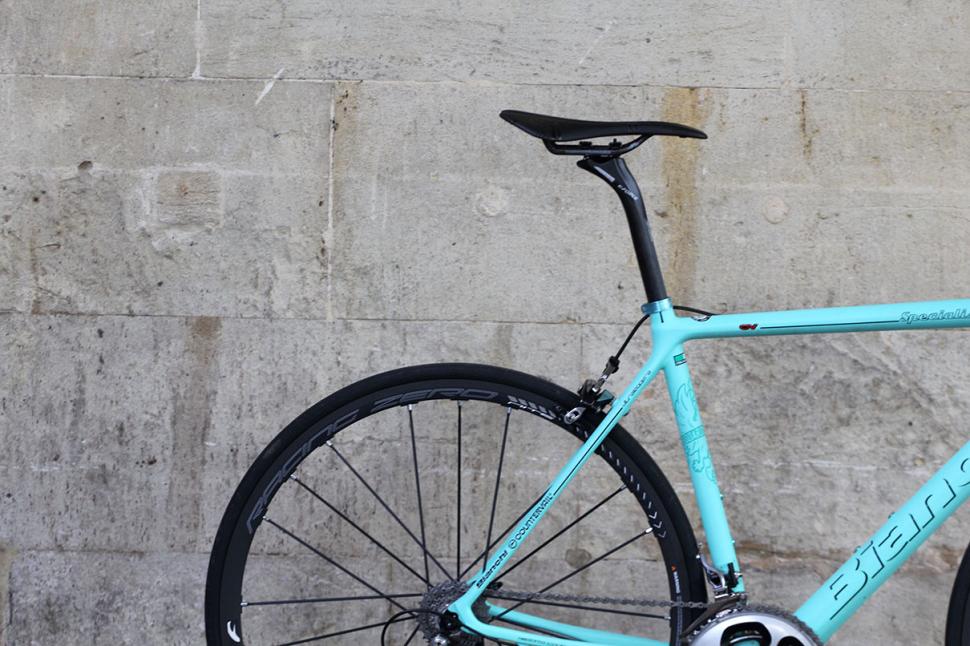 We’ve reviewed the Bianchi Infinito CV and said that it delivers an astonishing ride.

“The new Countervail ultra-light carbon formula is tuned to smooth out the inherent nervousness of ultra-light frames,” says Bianchi.

Bianchi reckons that the CV provides excellent traction and stability at high speeds. Essentially, the idea is that the CV stops a lightweight bike skittering about on uneven roads, and allows you to descend fast because you’re subject to less vibration. 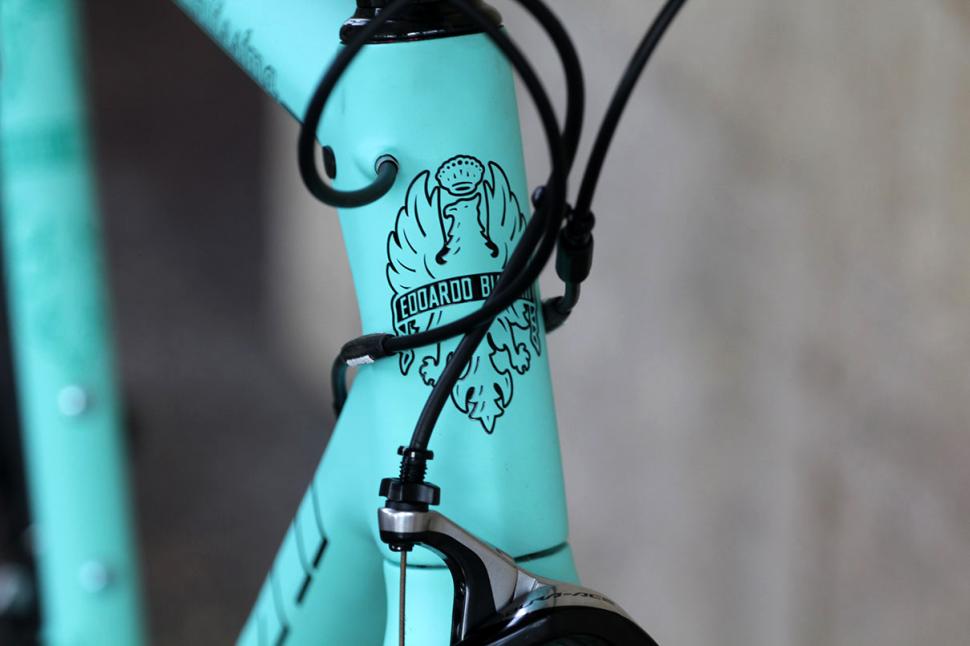 The profile of the tapered head tube draws inspiration from the Aquila CV time trial bike; it’s 1 1/8in at the top flaring out to 1 1/4in at the bottom. Many brands go wider but Bianchi has half an eye on the scales here. Bianchi has opted for a PressFit 86.5mm standard bottom bracket while the seatpost is a slim 27.2mm diameter, chosen for its light weight. 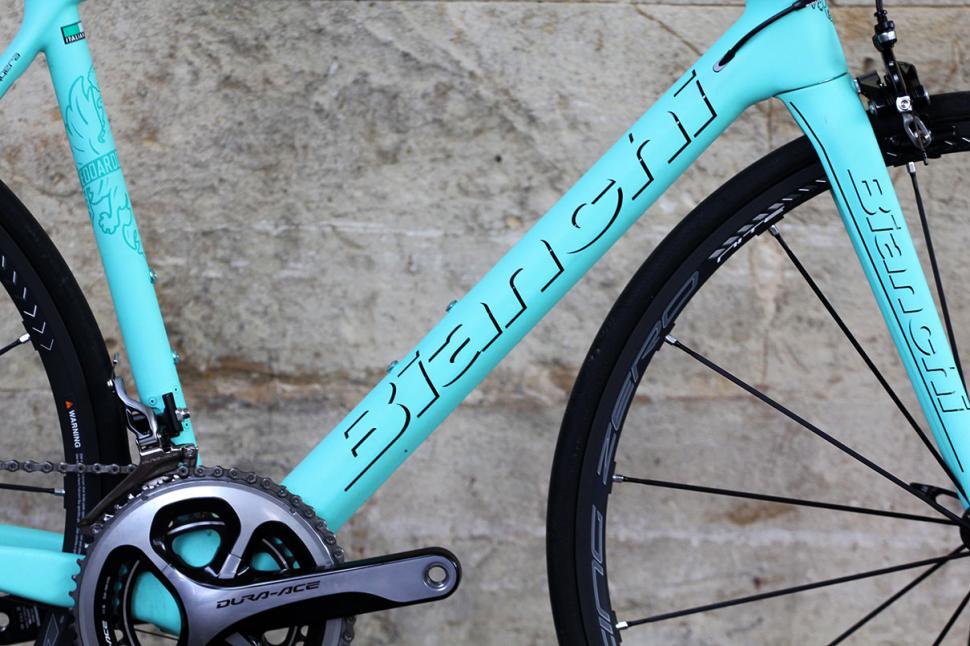 As you’d expect, the geometry is pure race. We have the 55cm Specialissima in for review and it has a 550mm effective top tube, 550mm seat tube, and a 145mm head tube. The stack height (the vertical distance between the centre of the bottom bracket and the top of the head tube) is 545mm and the reach (the horizontal distance between those points) is 388mm. All those figures mean that the Specialissima has a low, race-orientated ride position dialled in. 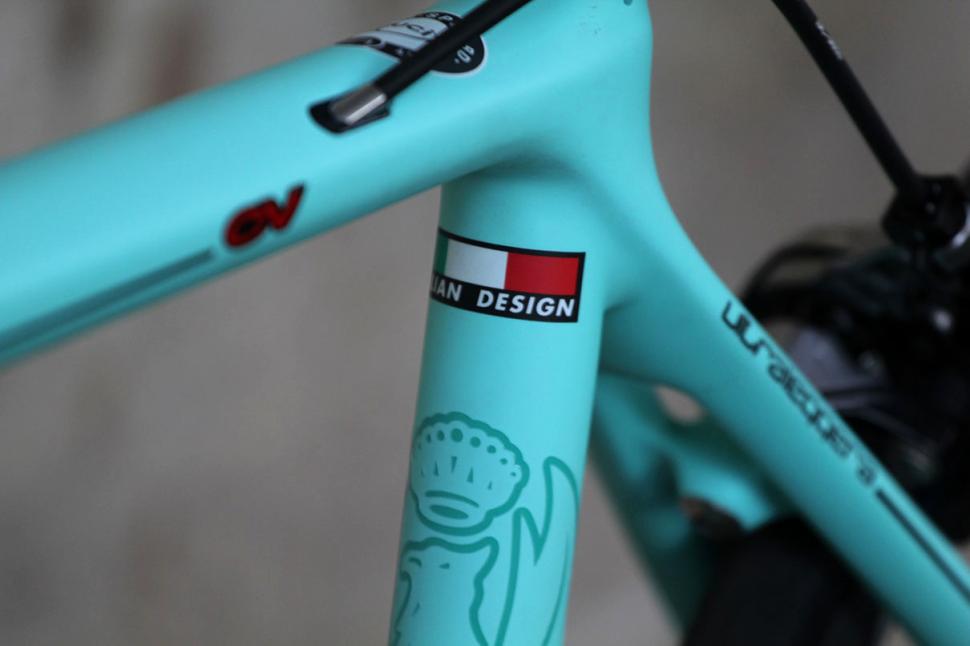 Our Specialissima is finished in a new celeste (pronounce it 'chelestay' if you want to go all Italian and/or pretentious about it) flouro colour. If you prefer, it also comes in black, or you can pay £350 for a paint upgrade through Bianchi’s Tavolozza program.

The Specialissima is handpainted in Italy and no decals are used; all the logos are produced by masking and painting. The overall look of the finish is minimalist, with nothing in the way of elaborate graphics. As well as keeping the weight down (every gram counts!) that gives a classic appearance. 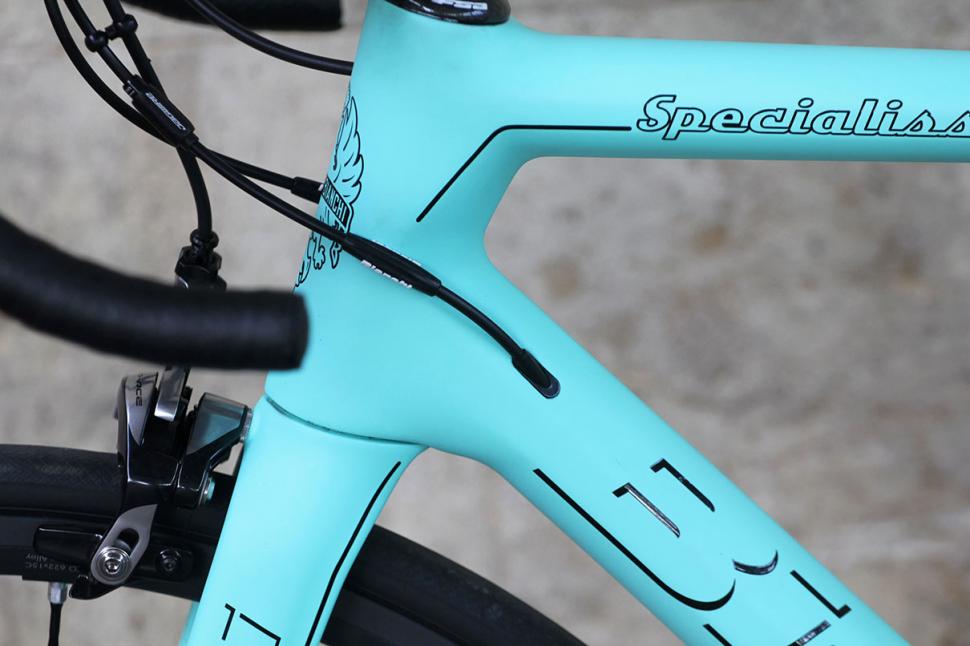 The Specialissima’s frame (it costs £3,450 if you want to go for just the frame) is compatible with both mechanical and electronic shifting with all the cables/wires internally routed except the cable from the bottom bracket to the rear mech on the mechanical models. 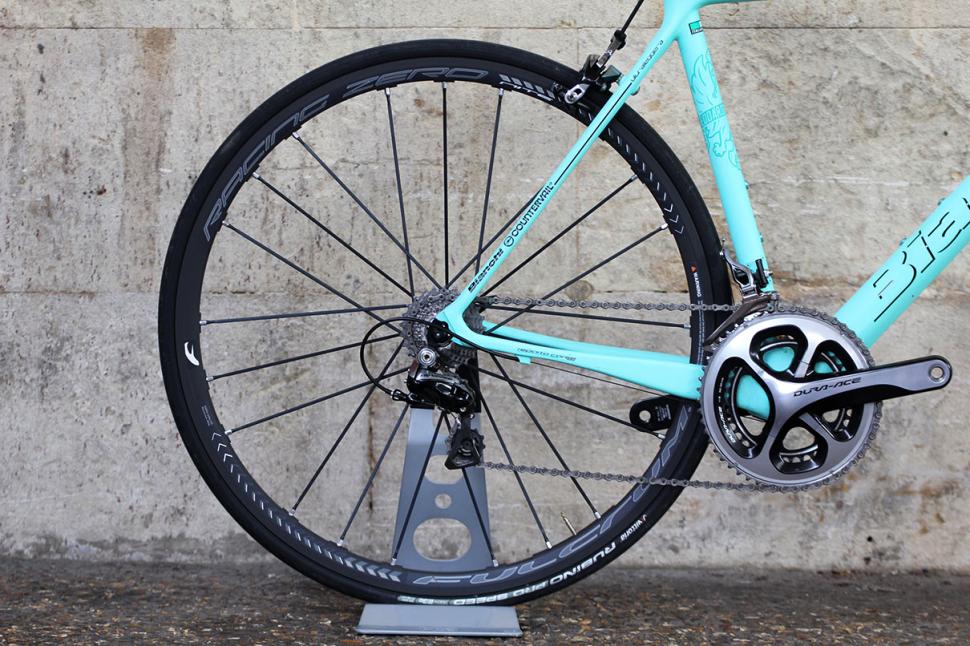 Our Specialissima is built up with a Shimano Dura-Ace 11-speed mechanical groupset, brakes included, and it's priced at £7,000. As you probably know, Dura-Ace is the top-level offering from the Japanese giant. 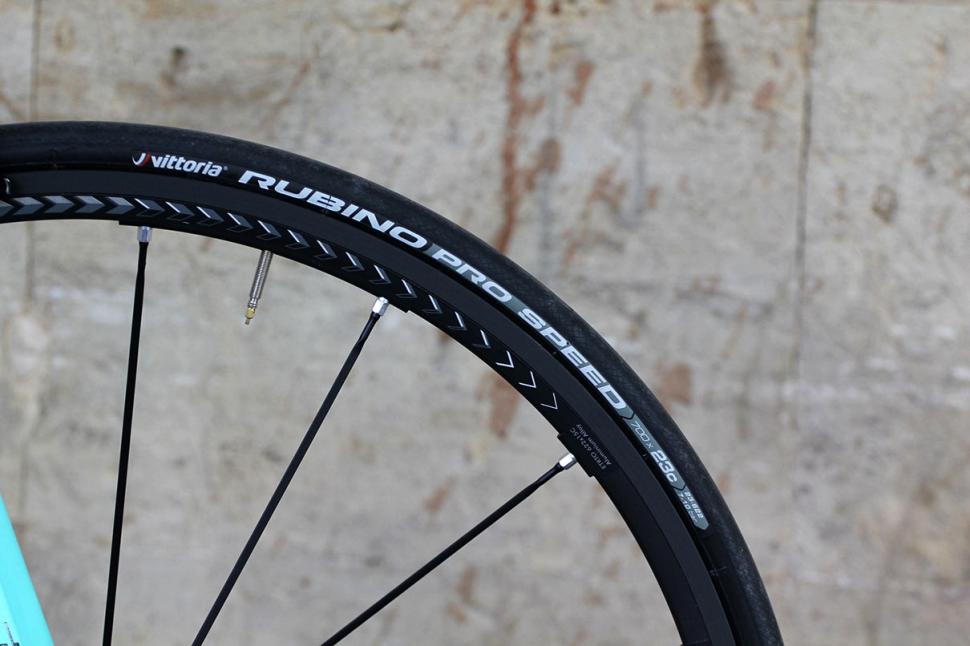 The wheels are Fulcrum Racing Zero Nite aluminium clinchers while the handlebar and seatpost are carbon-fibre options from FSA’s flagship K-Force line-up. 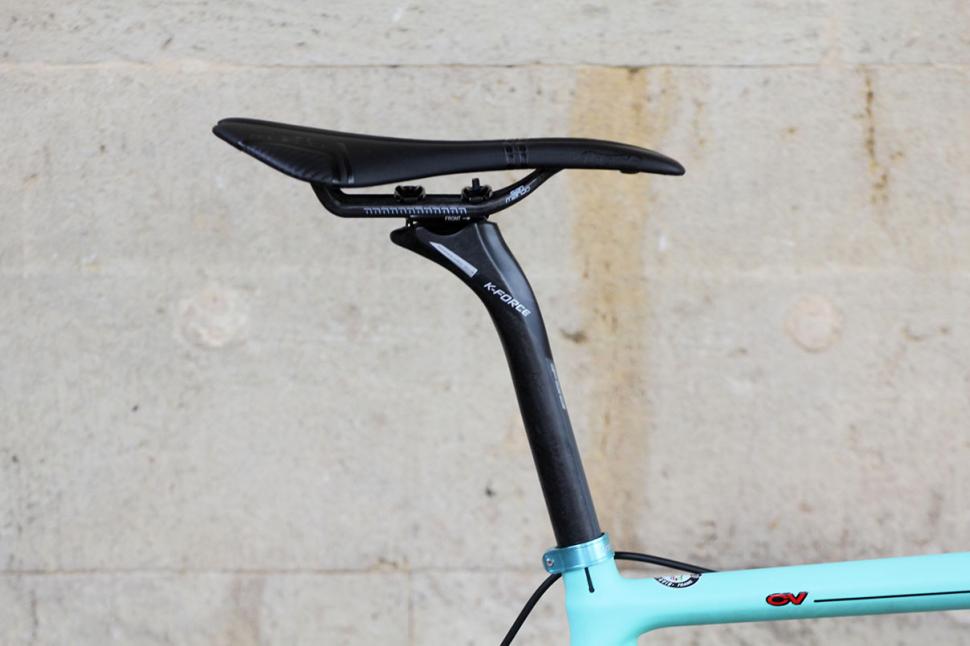 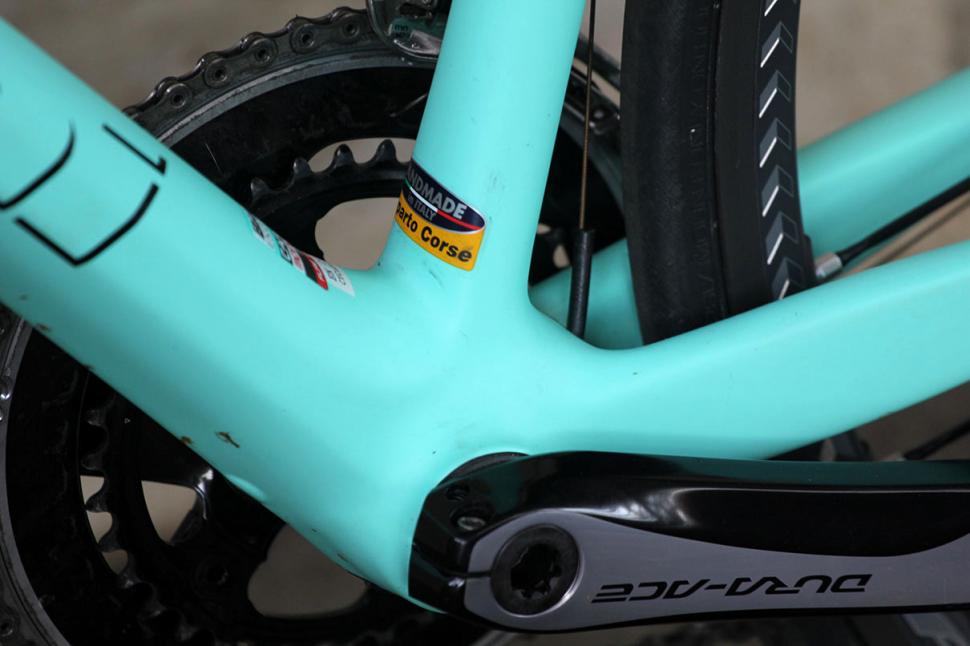 The current waiting time on a Specialissima is about 12 weeks unless the dealer has it in stock already, because the bikes and frames are produced to order.

Bianchi says that there’s more demand for the Specialissima than it was expecting and the paint booth in Bianchi has been upgraded to allow more bikes to be finished in-house. The original plan was to have all the painting outsourced locally, but that plant can't cope on its own. 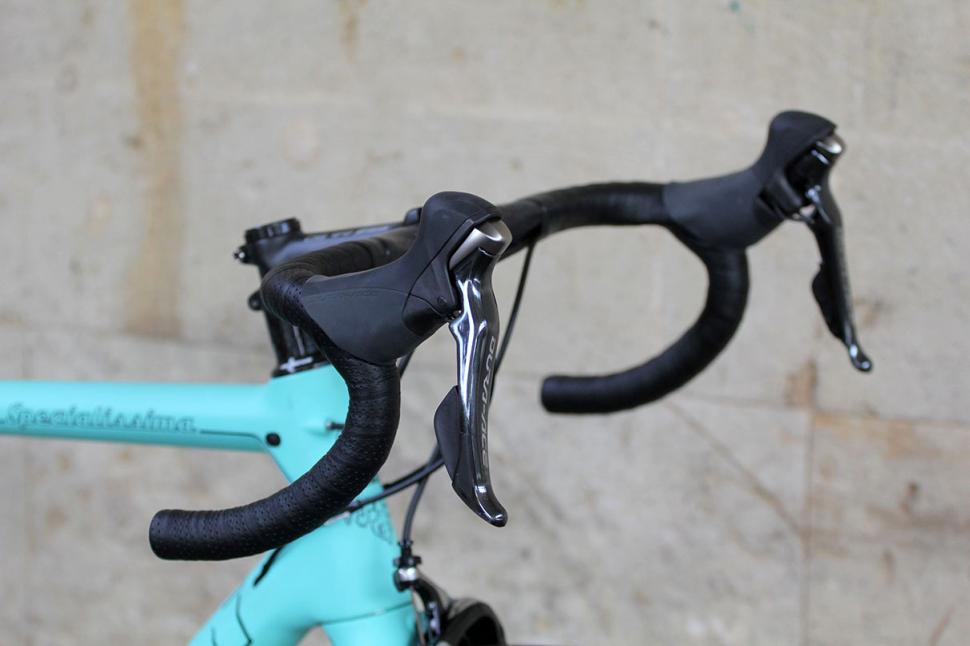 The Specialissima falls well within the ‘superbike’ category in that it’s designed for all-out racing performance and it’s expensive.

The last superbike that we reviewed here on road.cc was the £9,750 Trek Madone 9 Series Project One. That’s quite a different bike, though, in that it’s designed primarily with aerodynamics rather than weight in mind. We reviewed Trek’s Emonda SLR 8 (£5,800) towards the end of last year, and that’s a bike that’s certainly focused on weight. Ours hit the scales at 6.27kg – just a touch lighter than the Specialissima, but we’re talking about 80g. That’s nothing! Like the Bianchi, the Emonda comes in a Shimano Dura-Ace build.

Stu has just headed out the door on the Specialissima and he’ll be back with a review soon. In the meantime, head over to www.bianchi.com for more information.