7
10
A well built wheel set with beautifully smooth hubs but not quite as quick as Zipp think.
Weight:
1,665g
Contact:
www.zipp.com

Thirty millimetre deep rims like the ones on the Zipp 30s are pretty much ideal for a good all-rounder wheelset. They’re deep enough to offer a small amount of aerodynamic benefit compared to a standard box section while still being unaffected by cross winds and can be kept down to a decent weight without having to resort to carbon fibre.

Most other wheels of this depth use a tapered profile, narrowing from the bottom of the brake track into a ‘V’ shape. On the 30’s Zipp use a hybrid-torodial rim, a kind of watered down version of the full torodial found on the very similar 30mm deep 101 rims.

The brake tracks are parallel (that’s the main difference) and then the profile curves outwards before tapering back in on itself. It’s not much, only about half a millimetre each side but Zipp claim that this shape has less drag at various wind angles than its straight sided competitors. 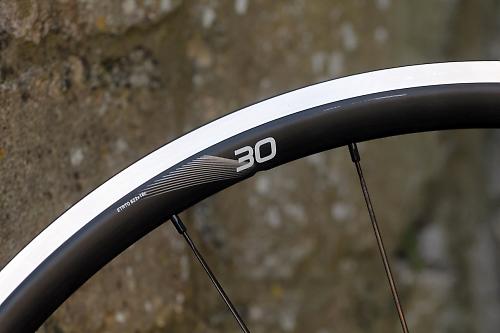 It’s all to do with getting air molecules to stick to the surface, so there’s a boundary layer of air that the next layer passes over almost without friction. Zipp’s argument is that the molecules in the air don’t stick to a straight sided rim therefore creating more drag. Mike Burrow’s book gives a pretty good dummies guide to this just in case you’re interested.

The rims are wider than most at 20.4mm instead of 19mm with the widest part of the toroidal shape being 21.5mm. With most of us using tyre widths of 23-25mm it makes sense to go wider on the rim as it creates a more natural rounded profile for the tyre meaning a smoother transition between tyre and rim for aerodynamics.

What you’re probably thinking is “Aren’t they just rebadged SRAM S30’s?” A fair point considering Zipp are part of the SRAM family and while we haven’t had a pair of the S30’s in on test a quick look at the stats suggests they are very similar. 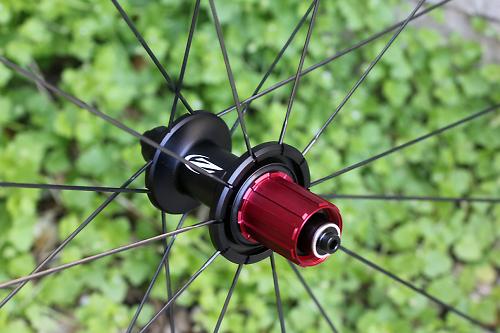 One difference though is in the hubs. The SRAM wheels came with adjustable pre-load on the bearings whereas the new 122 front and 249 (named after their weight) are not adjustable. The bearings themselves are stainless steel with a polymer coating for added lubrication and they do run beautifully smoothly.

The hub bodies are formed from 7075-T6 alloy which has decent strength and high corrosion resistance. The rear is compatible with 11-speed and 10-speed cassettes, the latter needing a spacer that’s included. 10 (with the included spacer) and 11 speed compatible with both SRAM/Shimano and Campagnolo freehub bodies available.

The Zipp 30s use off the shelf Sapim CX-Ray spokes with external nipples so spares can be attained easily if one should break. The front wheel has 18 of them built into a radial pattern with the rear radial non-drive, cross drive-side for the 20 spokes.

What does it all add up to then, this bulging rim and wider profiles? Well Zipp claim an estimated 42 seconds saved over a standard box section rim and that the 30’s are quicker than other carbon V section rims twice the depth. Fair enough, but without a wind tunnel that’s going to be a bit difficult to test so we’ll go old school. 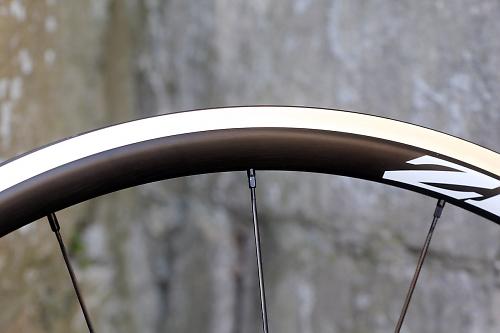 Over a couple of weeks we’ve been running a combination of the Zipps, Pro-Lite’s 27mm deep Braccianos and a set of alloy-rimmed, V-shaped, carbon-faired 58mm deep wheels over a 20 mile flattish route with straights, roundabouts and plenty of traffic to contend with.

In real world conditions there was no noticeable difference in speed between the Zipps and the Pro-Lites at all based on perceived effort for a certain speed whereas the deep section carbons required much less effort once speeds got over 20 mph. (All three wheel variants were using a Continental GP4000 tyre at 120psi, that’s about as scientific as I got.)

I’m not dismissing Zipp’s data or saying it’s untrue, it’s just in my opinion that out on the road, in real world conditions if speed is all you are after you’re better off going deeper.

One thing you do get from Zipp though is quality and the 30s are no different. From the moment you start rolling they just feel solid beneath you and so smooth. You can get some flex out of them if you really go for it - I’m talking proper sprinting efforts here - but the positive side to that is a very shock absorbent ride; they just seem to glide over rough tarmac. 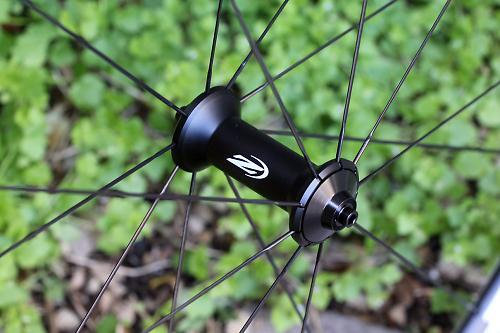 Zipp say they tested the 30s for 14,000 miles before releasing them and that kind of thoroughness has seen them release a product to market that has no flaws with regards to build quality. They’ve seen plenty of wet miles and the bearings are still running silently and smoothly.

The 30s aren’t as light as some at this price point but you sense that Zipp have gone for durability over all-out gram shedding. The road.cc scales of truth clocked the front at 796g with the rear at 896g including rim tapes, only 11g over the claimed weight, add to that 78g for the quick releases and it’s a none too shabby 1743g. Thanks to that the acceleration is nippy whether from a rolling start or a standstill and once up to speed they are easy to keep spinning.

On the whole the Zipp 30s are a great all-rounder and after initially baulking at the price, a bit of searching found them as low as £499 on t’internet. Ideal really as I don’t think they can justify their full price.

The test period has seen plenty of crappy weather on bad road surfaces and they’ve come through it completely unscathed, still true and those hubs still running sweet. They look good too, nicely understated with the graphics not too shouty.

As I’ve said above take all the aero stuff with a pinch of salt with regards to real world conditions but look at it this way, they aren’t any slower than other 30mm deep wheels.

Rim tapes and quick releases are all included in the price plus Zipp chuck in a couple of inner tubes too. 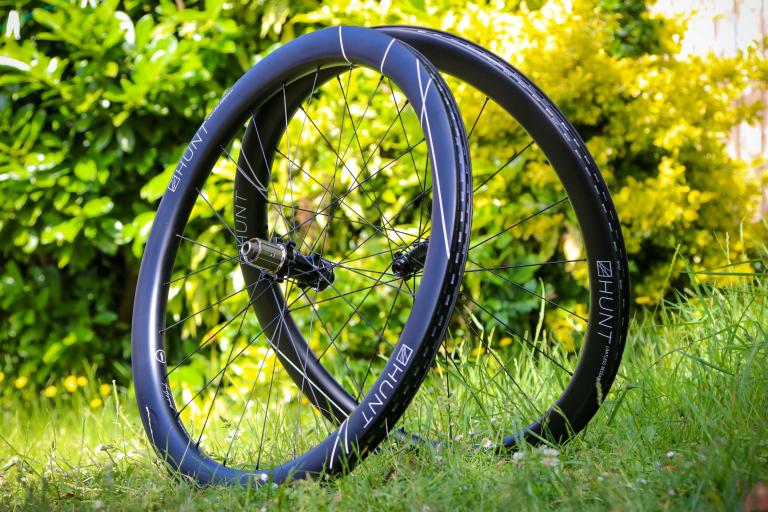 With a deep section in both directions this is one very fast set of wheels, with stiffness to match 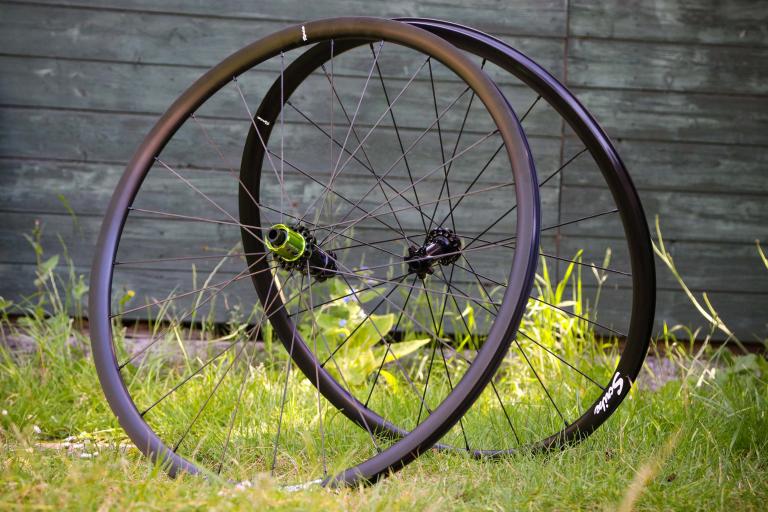 Light, stiff and excellent value aluminium disc wheelset that can be used for a lot more than just racing 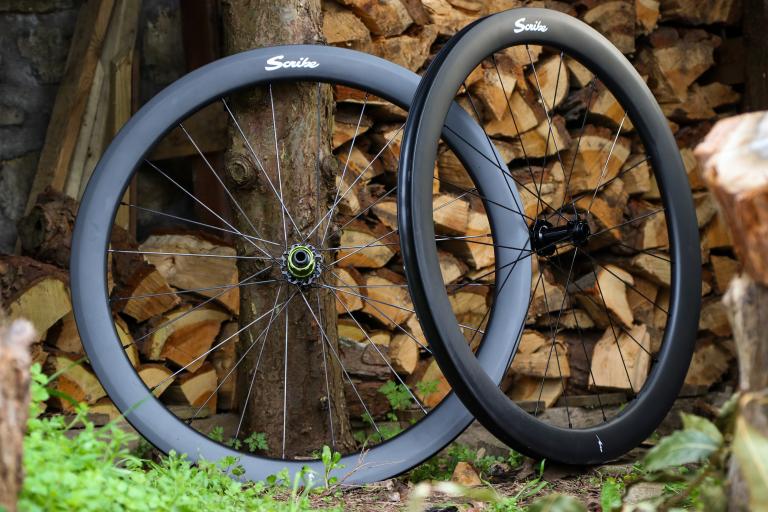 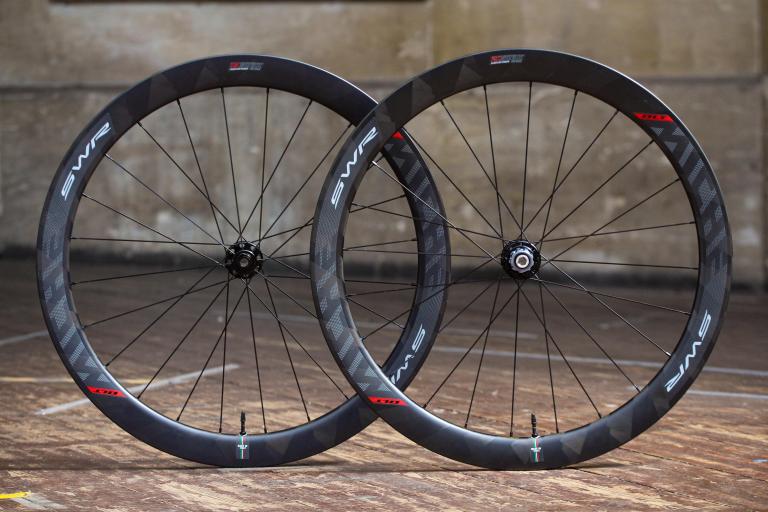 Premium wheels with excellent stiffness, a great ride and impressive speed – but spendy and not the lightest