7
10
Decent enough light for town use and occasional night rides, though lacks punch for the back lanes
Weight:
113g
Contact:
www.moorelarge.co.uk
How we test

For this kind of money we're more used to testing 'be seen by' front lights, and though the Xeccon Spear 600 is designed for city riding, it pumps out a reasonable 600 lumens for a little dabble in the lanes. It's far from the most accomplished or technological light out there, but for the money you're getting pretty much what you pay for.

Xeccon is a new brand on me, but with a quick scan of its website the Chinese based company was set up back in 2007 and has a catalogue of lights for a range of outdoor pursuits. This Spear 600 is part of the 'city commute' range, and for that style of riding has pretty much everything you need.

In an urban environment, the high mode, 600 lumen, is bright enough to stand out amongst the traffic and mix with the streetlights to illuminate your way. The mid and low settings, which I'm gauging at around 400 and 200 lumen respectively, are there to help if you need to extend the high mode's two-hour burn time, but they don't really stand out against the backdrop of traffic. If you're avoiding rush hour this will be less of an issue.

The Spear 600 has a flash mode, too, which you enter by pressing and holding the button for three seconds. The main light goes off in this time, so it's probably best doing this when stationary because those three seconds of darkness can feel like a long time. I do like this setup, though, because it means you can scroll through the high-mid-low steady settings without having to go through flash to get back to the start again.

If you do have to use the flash mode, you certainly need to be considerate as it uses a very fast flash rate which is downright antisocial in someone's rear view mirror if you are filtering through traffic. I'd much prefer to see either a pulse where the light stays on between the flashes at a low level, or a flash rate of at least half of this.

This is where we come up against the quite basic nature of this light. For this money you just aren't going to get the frills we've come to expect from the latest, more expensive lights.

In the grand scheme of things 600 lumen isn't that much these days, but done well, with decent reflectors and lenses for example, it can be a very usable amount of light on even the darkest of lanes.

Unfortunately, the Spear 600's beam pattern is nothing special, just a bright central spot, which actually seems quite narrow in use, and then the light lessens as the circle increases. Riding in the complete darkness of the countryside, the Xeccon lights up the road right in front of you but there is no peripheral vision, which can be a bit disconcerting on twisty lanes, especially at speed. 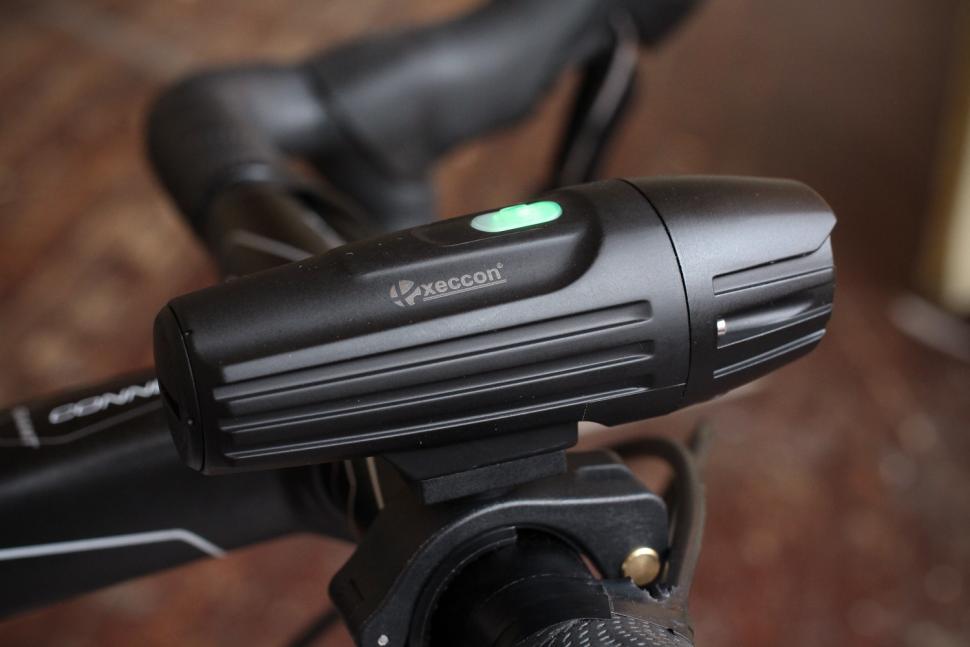 Its beam pattern also makes setting the Spear up to get the light where you want it, far enough up the road without dazzling oncoming road users, a bit of a balancing act. The Moon Meteor Vortex Pro I was testing alongside (review to come) had a very similar setup – single LED and nothing flash in reflector or lens – but it just felt so much more usable.

Charging the light from empty takes five hours, which is a fair old chunk of time, but if you are a commuter with access to a power supply then it's something you can do at work.

The micro USB plugs into the bottom of the light just underneath the LED housing, and to keep the water out it uses a little rubber cap with a very snug fit.

In fact the whole unit is rated to IXP6, which means it'll withstand powerful water jets, as opposed to the more commonplace IPX4 which takes care of nothing more than water spray from all directions.

A full drenching from the power shower and outside hosepipe saw no issues whatsoever from moisture ingress.

When it comes to clamping, the Spear uses quite a 'bolt and braces' effect to keep things secure, something I like to see. A lot of smaller lights like this use a rubber band style fitting, which is okay if the holes line up for you to get a good tight fit, but there is nothing more annoying than having your light vibrate its way around your handlebar after hitting a pothole. 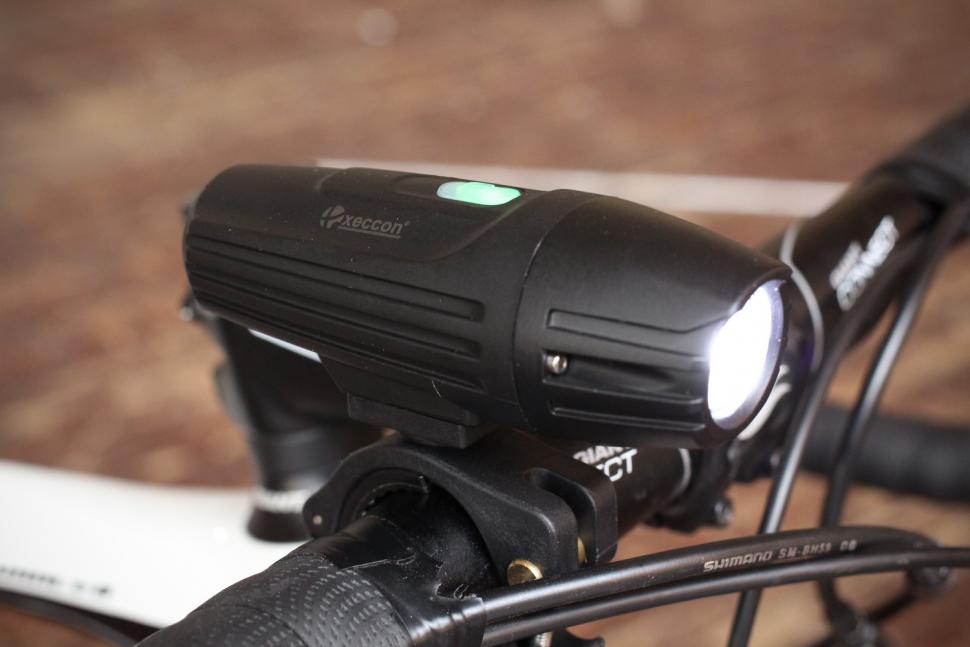 The what-looks-to-be-nylon bracket is a hinged two-piece unit tightened with a thumbscrew and brass cam, allowing you to get a very precise fit. The upper half of the clamp has a rubber insert to protect your handlebar as well.

Atop that is the actual mounting bracket, which is a simple slide-on, click-into-place style mechanism, which again keeps the light held firmly. To remove it you simply push the button on the side.

I've touched on value a couple of times already, and while I think the Spear 600 might not necessarily suit my type of riding – which can take in everything from busy main roads, to country lanes and small town centres – it does have a certain simplistic appeal.

In a way that some people just want a mobile that makes a phone call rather than turns their heating on 50 miles from home, the Spear is a light for those who just want to hit the on button and ride.

If you ride a lot at night on dark lanes out in the country, I'd definitely recommend spending more to get something more refined, such as the £69.99 Moon Meteor Vortex Pro I mentioned earlier, or the Niterider Lumina 900 Boost at £85. But if you want something for mostly urban commuting and just the occasional dark ride, then the Xeccon will do the job.

Decent enough light for town use and occasional night rides, though lacks punch for the back lanes

Xeccon says: "The rechargeable and replaceable 2600mah custom battery provide as longer running time as you expect. That's the Spear 600, free you from the limits on weather, conditions, runtime, just enjoying the riding and your lifestyle.

"Utilizing the newest CREE LED, with no filament to break or burn out, projects a beam pattern that provides a generous long-distance spot and a wide flood beam pattern of 600 brilliant lumens.

"With super compact aerodynamics body design and excellent self-cooling system, Spear 600 provides enough brightness and different options that it can be used in many riding conditions.

The Xeccon is a decent enough light for the money, but things are quite basic like the beam pattern, and I found the fast flash downright irritating.

It's basic but it works well.

The battery life was a little shorter than claimed. A five-hour charge time is quite a bit for a light of this size.

It's good as an urban light. The light that comes out isn't that suited for dark lane use, and positioning the Xeccon to get the best out of it is a bit of a faff.

It's pretty basic; the performance isn't bad it just doesn't exactly blow your socks off.

Did you enjoy using the light? I wasn't a fan of the beam.

Would you consider buying the light? It wouldn't be my choice for general road riding.

Would you recommend the light to a friend? Maybe if they were on a budget.

The Xeccon is definitely one of those lights where you get what you pay for; it's pretty basic, but if you are on a budget and need a light for mostly urban riding and just the occasional dark lane outing, then it's a decent choice.

I usually ride: This month's test bike  My best bike is: Kinesis Aithein