Oh what difference a wheel makes. DT Swiss has a reputation for making really top quality wheels. What has always attracted me to DT is their ability to produce a very competitive wheel whilst still being very traditional in appearance.

The launch of the Tricon range of wheels marks a significant change in the design philosophy of DT, “the wheel - re-invented”? Well frankly no, but they have redesigned theirs which is exciting enough for me. The Tricon 1450’s actually weighed in below the claimed weight and at £950 are a pricey but not outrageous offering.

The Tricon design incorporates lots of new features to the wheel. The biggest departure from the old 240 hub is that the Tricon is a two piece design. The flanges are separate pieces which are bolted to the main hub body. This means that the bearing house is isolated from the effects of spoke tension. A nice idea which should give a much more precise bearing interface resulting in a stiffer axle and smoother roll. The spokes are both double butted and bladed. They are also threaded on both ends supposedly creating a “playfree” connection. Arranged in an open crows foot pattern these high tech spokes should give a stiffness advantage over last year’s pure radial design. They are held in neatly by “torx nipples” at both ends with a rim insert to create a bigger contact area making the overall weight lighter and seals the rim. Getting hold of spokes may be difficult initially until dealers hold stock but I have never snapped a spoke on a DT swiss wheel even on my MTB.

The rim seal is definitely a really cool feature which helps make the Tricon wheels tubeless ready. Valves are provided as well as a rim strip if you want to run tubes. Following the instructions just pop the valve in and the tyre on and pump, however I found this impossible to seat the tyre. Using the red rim strip and my trick was to half fit the valve then seat the tyre and then tightening the valve down on to the seated tyre bead worked a treat. With a little help from Stans No Tubes latex and the sizeable Joe Blow ACE ( I couldn’t get it to go with a standard Joe Blow) I had these wheels running tubeless in about 30mins with a pair of Vittoria Rubino Pro Slicks. The rear did go down after 1 ride and I must admit the prospect of faffing around with the pump again was too much so it has a tube in. The front however has been inflated at around 100 psi quite happily for two weeks. These wheels are by no stretch the lightest on the market but by being so easy to run tubeless it does give a 100gram per wheel saving over running tubes which is most definitely a significant advantage.

Straight out of the box and fitted up the true and balance is impeccable, I would go as far to say as the best I have ever used. The spoke tension is tight and over several hundred miles hasn’t slipped at all using my highly accurate thumb and index finger gauge. Out on the road they are nothing short of sublime. Running tubeless makes the whole wheel more resonant and the buzz you get from these when up at speed is beautiful. They are stiff and assertive on the road giving you so much confidence in corners and when climbing out of the saddle. As it's the season I even tried a brief bit of cobble action just for fun. Those from the east may know the Arger Fen cobbled river splash which even on slicks was handled very well. My aggressive and inefficient thrashing up out the other side meant I could get the rim to touch the pads, in fairness this is always accentuated when wet and it was by no means my “normal” riding style. After the first few rides I was hoping to be able to say the freehub hasn’t skipped a beat, but it did, just the once mind. Otherwise the DT star ratchet has been impeccable.

Running these on my Boardman Pro C has taken the weight down to sub 7.2 kilos, 15.7ish in old money. Saving weight is often a good thing but not always. Thinking about it we want to save time primarily and weight is one way to achieve it. My point is that there is no point having uber leichtbau wheels if they are stiff as soggy pancakes. I like DT so much because is they produce really solid stiff wheels which you know are going to run seamlessly for years and which happen to be light weight too. I think that is the right way round – overall performance first – of which weight is just one component.

They really showed their colours when on the rollers. I am not a fan of anecdotal evidence in reviews but on the rollers is about the best way I can test these to isolate the effect of the wheel. Versus the stock wheels on the Boardman Pro C the work load in 53-13 on the rollers was significantly less based on HR at the same cadence. Slightly less effect but still noticeable in relation to a very similar looking pair of velocity white rims and hubs with bladed spokes and again in comparison to Kysirium Equipes. They were so good on the rollers that in order to do anything other than a recovery ride I would need to change wheels or put a towel down under the back.

My only grumble is with the new stlye DT quick release. It is a much more developed version of the USE Spin Stix which now are almost 15 years old I think. Although there is nothing wrong with how they operate I personally don’t find them quicker or easier to use than a standard cam system. They feel a bit plastic (because they are) and don’t look as clean as a nice pair of QR’s. On the whole it’s only a small point and one which can be easily rectified.

At around the thousand pound mark these are certainly not cheap for a set of bike wheels. If you are looking to go really fast then I recommend spending £500 on a pair of Kysirium Elites and the other £500 on 6 months of coaching. There is no way that any wheel is going to make you faster than what can be achieved by great training. However cost is all relative and if you just want a really great looking, long lasting, lightweight, smooth rolling, stiff, confidence inspiring, tubless ready, easy to service wheels from a brand with an excellent reputation (that a lot of boxes ticked!) then the 1450 Tricon is a great choice. I think I’ve gone Tricon MAD!

Did you enjoy using the product? Yes - the best performng all metal wheels I have ever ridden

Would you consider buying the product? If I had the means these would already be mine

Would you recommend the product to a friend? No but only because I would be jealous and slower : )

I regularly do the following types of riding: road racing, time trialling, mtb, 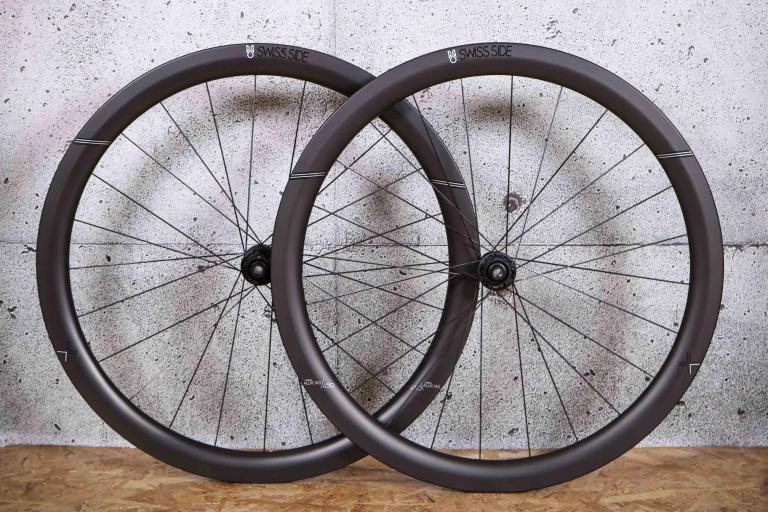 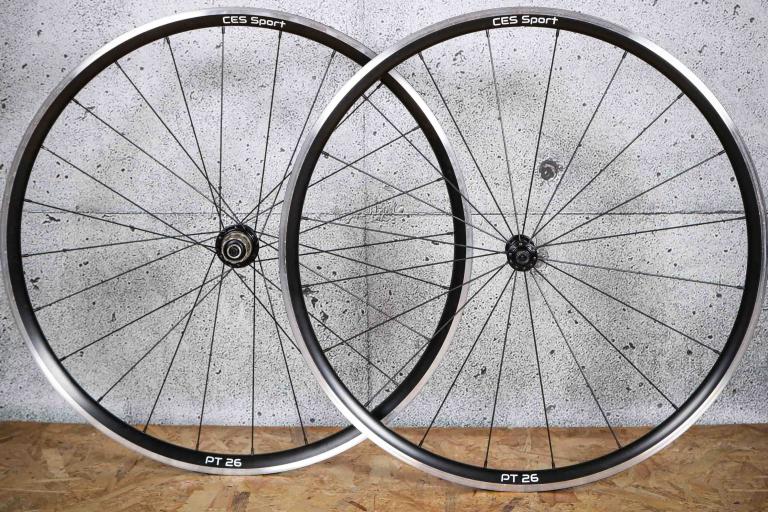 High quality all-rounders and priced competitively, though a little on the weighty side 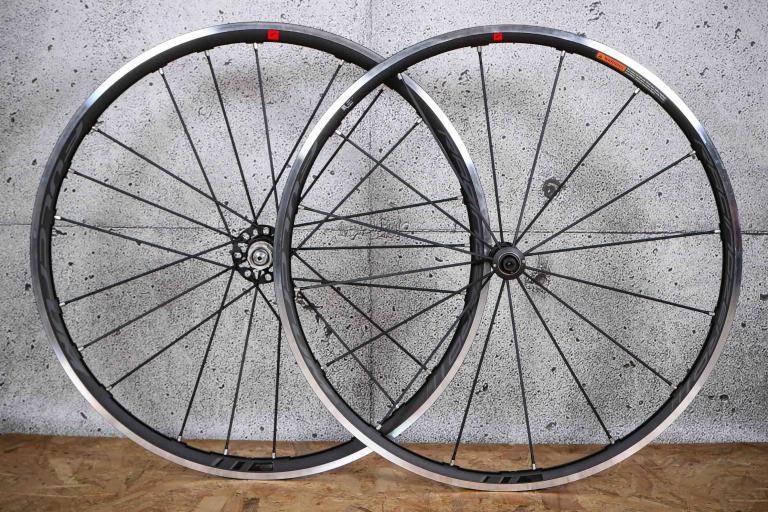 Expensive, but top performers if you want top tech in an alloy rim brake wheelset 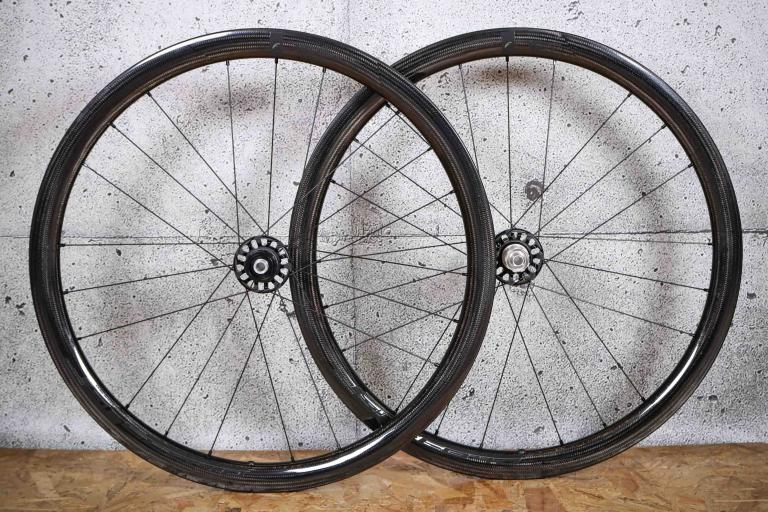 Pushed hard on price by others, but a beautiful looking set of wheels that deliver a great performance