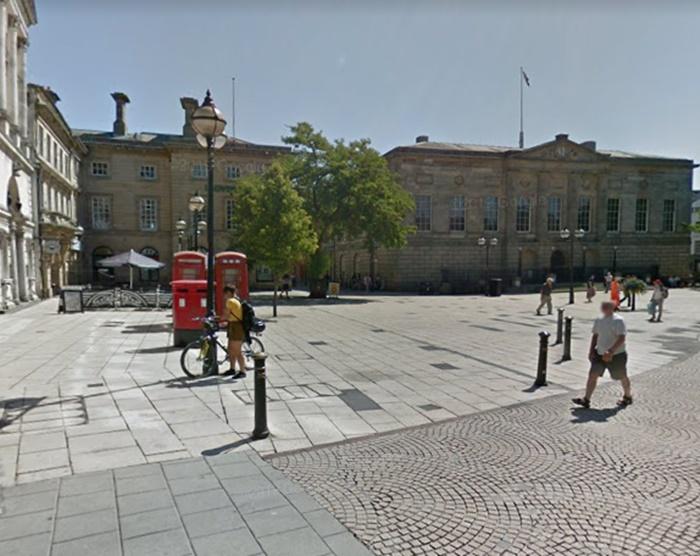 “Why is cycling discouraged?” asks councillor as Stafford introduces ban when renewing its PSPO

“I can imagine people coming out of shops, not paying attention and being mown down by cyclists” responds cabinet member
by Alex Bowden

Stafford has added a cycling ban to its Public Space Protection Order (PSPO), which prohibits a number of supposedly anti-social acts in the town centre.

PSPOs have attracted a degree of controversy for how they criminalise behaviour not normally regarded as illegal and Cycling UK, in particular, has been outspoken in its displeasure at how cycling is frequently included in the mix.

Stafford’s PSPO was first introduced in 2017 and The Express and Star reports that it was this week renewed with the addition of a ban on cycling, roller skating, skateboarding and scooters in designated areas.

Anyone caught breaking the rules will face a £75 fine – reduced to £50 if paid within 10 days.

“In lockdown a couple of residents have spoken and made me question the reasons behind these orders,” she said.

“Why is cycling discouraged? If this is a decision you made because of the number of falls or serious injuries caused by cyclists through the town centre, please can we see evidence of this.

“As for roller skates, are we seriously suggesting a five-year-old holding their parents’ hands is now banned through the town centre?”

Councillor Jeremy Pert, cabinet member for community and health, said that the PSPO could have been called in for scrutiny before it was approved by the cabinet In June.

“PSPOs get reviewed once every three years. There was extensive work put into the consultation on this and it was noted even by the press that the level of consultation response was 386, which is one of the most responses to any consultation the borough council has done.

“I would say there was certainly no affront to civil liberties. It is about trying to make a town centre fit for how people would like to use their town centre.”

Commenting on the council’s attitude to cycling, he added: “There is significant investment by the county council in cycling, which is why we want to see people ditching the motor car and using cycle ways, public transport and legs.

“It’s right we should have some cycleways – that way it’s safer and we’re not mixing pedestrians with cyclists.

“I can imagine people coming out of shops, not paying attention and being mown down by cyclists. I know of people including a councillor that have been hit by cycles in Stafford town centre.

“It’s right we take these precautions so people can enjoy Stafford town centre as they should.”

Earlier this week, the Telegraph reported that nationwide a record 10,413 fines were issued for breaches of PSPOs last year with ‘nuisance cyclists’ high among the list of offences.

Peterborough, Bedford and Hillingdon councils, which employed private companies to issue fines, accounted for 6,565 (63 per cent) of on-the-spot penalties.

The firm enforcing Peterborough’s cycling ban has since lost its contract. Kingdom Services Group had raked in and kept £80,000 in cycling fines in a 12-month period after Peterborough enforced its PSPO, but since January 31 the council’s own Prevention and Enforcement Service has taken over responsibility.

"Some [of these acts] are nothing at all but they are being punished in the same way as crimes,” said Josie Appleton, director of the Manifesto Club, which carried out the research.

“Councils are not set up to be police, prosecutors, judge and jury but that is essentially what is being condensed by these powers into one."