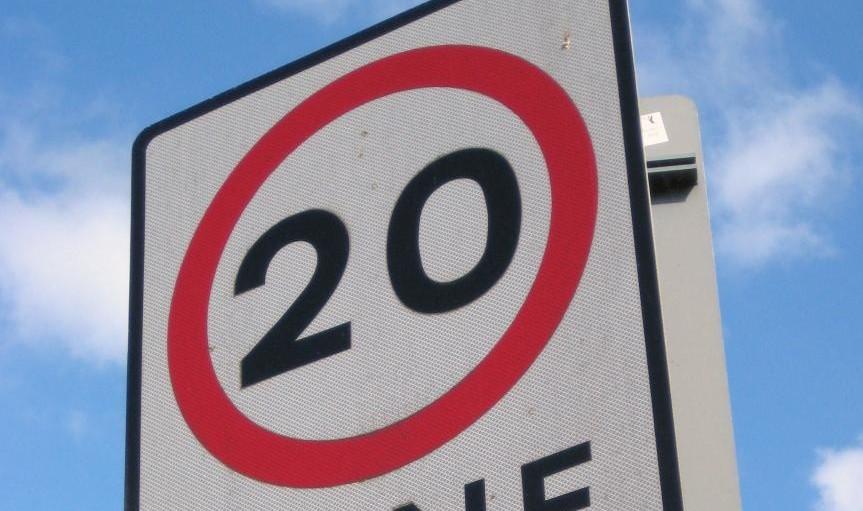 Wales looks set to introduce a blanket 20mph speed limit in built-up areas from next year, reduced from 30mph, in a move that would see the country become the first UK nation to set a national 20mph default speed limit on residential streets.

The proposed law is to be put before the Welsh Parliament ahead of a vote later today and is backed by both Labour and Plaid Cymru, who together hold almost three-quarters of the 60 Senedd seats.

If voted through as expected, the 20mph limit would come into force in September 2023, and despite the estimated £33 million cost, the Welsh government says improved road safety could result in a £58 million saving with reduced emergency service demand over the next 30 years.

🚗 Speed limits in Llandaff North, Whitchurch & Tongwynlais, Rhiwbina & Heath have been lowered to 20mph ahead of the Welsh Government’s national roll-out.

The limit would apply on restricted roads: in residential areas and streets busy with pedestrians, where street lights are less than 200 yards apart. Road users caught speeding could face a minimum £100 fine and three penalty points.

According to police data, shared by the BBC, the largest proportion (half) of the 5,570 people hurt in collisions on Welsh roads happened on roads with a 30mph limit, while 40 per cent of the 1,131 people killed or seriously injured happened in 30mph zones.

While plenty of UK towns and cities have 20mph limits in residential areas, Wales will be the first nation to set the default at 20mph on all roads in built-up areas. Scotland is set to do the same by 2025.

Default 20mph zones in Wales could save multiple lives each year and prevent 1,000 casualties, according to research by @PublicHealthW. We're welcoming the @WelshGovernment's continued commitment to implementing a #20mph speed limit on restricted roads 👇https://t.co/CTGvoNkCGC

"We are united in our belief that this change will bring about a reduction in road collisions and their severity, while creating more opportunities to walk and cycle in communities," said Plaid Cymru's transport spokeswoman Delyth Jewell.

"A 20mph speed limit in built-up areas will allow us to work towards providing convenient, safe, pedestrian access to the places people need to go."

Despite the support within Welsh Parliament and the government acknowledging it may not be appropriate everywhere, with local authorities able to make exceptions — the Welsh Conservatives have slammed the idea as "ludicrous".

Shadow minister for transport, Natasha Ashgar said her party is "not against" 20mph speed limits outside schools, playgrounds, places of worship and high streets "but a blanket roll-out is quite frankly ludicrous".

"Speed limits like this should be decided by councils in their local areas, not top-down by Labour ministers," she said.

The policy has been hailed by active travel groups, with Living Streets suggesting it is a positive step towards "communities built for safety rather than speed".

Sustrans added that it welcomes the Welsh government's "continued commitment to implementing a 20mph speed limit on restricted roads" and could "save multiple lives each year and prevent 1,000 casualties, according to research by Public Health Wales."