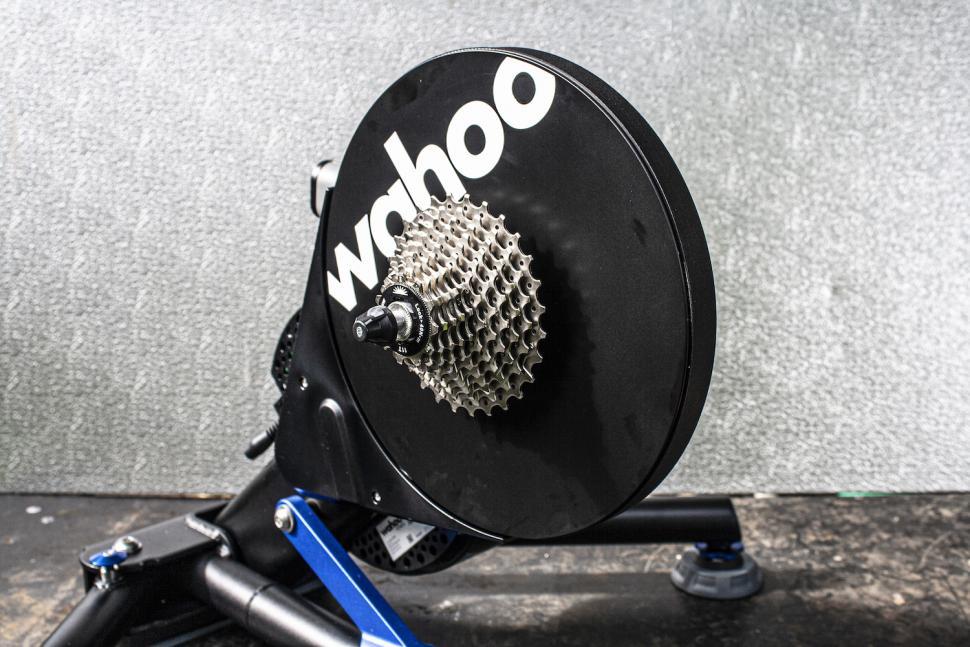 A leading ratings agency has downgraded Wahoo’s credit rating, warning that it believes that unless the company can raise further funding or restructure its debt, its finances as they currently stand are “unsustainable.”

The warning was sounded by S&P Global Ratings, which had previously downgraded the Atlanta, Georgia-based company’s rating last September, with the latest adjustment reflecting concerns that the company will default on its debt in the coming months due to lack of liquidity.

In its latest assessment of Wahoo Fitness Acquisition, LLP, S&P reduced its rating for the company’s issuer credit rating to CCC- from CCC and its senior secured credit facilities from  CCC+ to CCC, reports SGB Media.

“Wahoo’s capital structure is unsustainable given its negative EBITDA and cash flow,” S&P said. “We assess the company’s liquidity as weak because its liquidity sources are insufficient to cover its cash needs over the next 12 months.”

The company, which besides its Kickr range of smart trainers and bikes also sells products including the Elemnt Bolt range of bike computers and smartwatches, and in 2019 bought pedal brand Speedplay and indoor training platform The Sufferfest – subsequently rebranded Wahoo Systm – was among those that were boosted during 2020 and 2021 as lockdowns around the world saw many cyclists switch indoors for their training.

But S&P warned that “operating conditions will remain pressured over the next few months as [Wahoo] laps the COVID-related demand tailwinds it benefited from last year,” with cashflow turning negative which, combined with higher interest levels on its debt, “will likely lead to a near-term liquidity shortfall.”

The cost-of-living crisis forcing consumers around the world to review their non-essential expenditure is also having an impact, with S&P saying that “Wahoo’s operating performance continues to deteriorate amid the weakening macroeconomic environment as consumer spending shifts toward non-discretionary categories.

“The company’s sales during the third quarter of fiscal year 2022 declined by 56 per cent year over year, and we estimate they fell by an additional 35 per cent in the fourth quarter of 2022,” the ratings agency continued.

“The demand for Wahoo’s products deteriorated because consumers shifted their purchasing behaviour, which led to a sharp drop in its retailers’ inventory replenishment orders.

“The company continues to be affected by high costs related to commodities, freight and warehousing, which it cannot offset with higher prices given the aggressive promotional activity by its competitors,” S&P said, adding that “the promotional activities to manage its elevated inventory levels, including Cyber Week discounts, continue to drag on its profitability.”

The ratings agency, which expects Wahoo’s EBITDA for 2022 to be negative, said it did not expect that the company would be able “to significantly improve its profitability and cash flow amid the weakening macroeconomic environment, reduced consumer discretionary spending, and ongoing shift in consumer spending toward other categories.

“The negative outlook reflects our expectation that the tough operating conditions will persist over the near term, causing the company to face a liquidity shortfall over the next six months absent a liquidity enhancing transaction,” S&P concluded.

Earlier this month, it was reported that Wahoo had cut its workforce by 15 per cent, with the news subsequently confirmed to road.cc in a statement that highlighted the challenging conditions it had faced in 2022.

“Since its founding in 2009, Wahoo Fitness has experienced exponential growth through constant innovation and reinvention – all with the goal of ‘building the better athlete in all of us’,” the company said.

“However, throughout 2022, the sports technology category – like many others, has been adversely affected by the impacts of Covid and the global economic downturn.

“On Thursday 1st December 2022, Wahoo announced a restructuring of its organisation to support the long-term growth of its global business. By making these difficult decisions in such challenging times – Wahoo can ensure it maintains sharp focus on the innovative products and services that have driven it to the market leading position it owns, in almost every category it operates in.

“The needs of our athletes are constantly evolving and our approach to providing solutions needs to do the same,” continued Wahoo, which also highlighted planned developments for 2023, including the launch of “multiple new exciting hardware additions to its acclaimed eco-system, plus … significant software updates for existing hardware products to continue to enhance the consumer’s experience and develop more integration/ functionality for Wahoo X.”

“The provision of equipment that is identical in all respects for all participants in the event is absolutely fundamental to ensuring that everyone defends their chances in the same conditions and that the best athletes win,” he added.

S&P’s latest downgrade of Wahoo’s credit rating is a further sign of the pressures currently facing the cycling industry, with fitness tracking app firm Strava recently reported to have cut its workforce by 15 per cent, and US-based bike firm Specialized confirming just last week that it was slashing one in eight jobs worldwide.

Meanwhile, in the UK, Halfords said last Thursday that the cycling market was down 20 per cent year on year, with the cost-of-living crisis resulting in a fall in high-ticket, discretionary purchases by consumers – the retailer adding that it saw little prospect of a recovery in such spending in the short term.