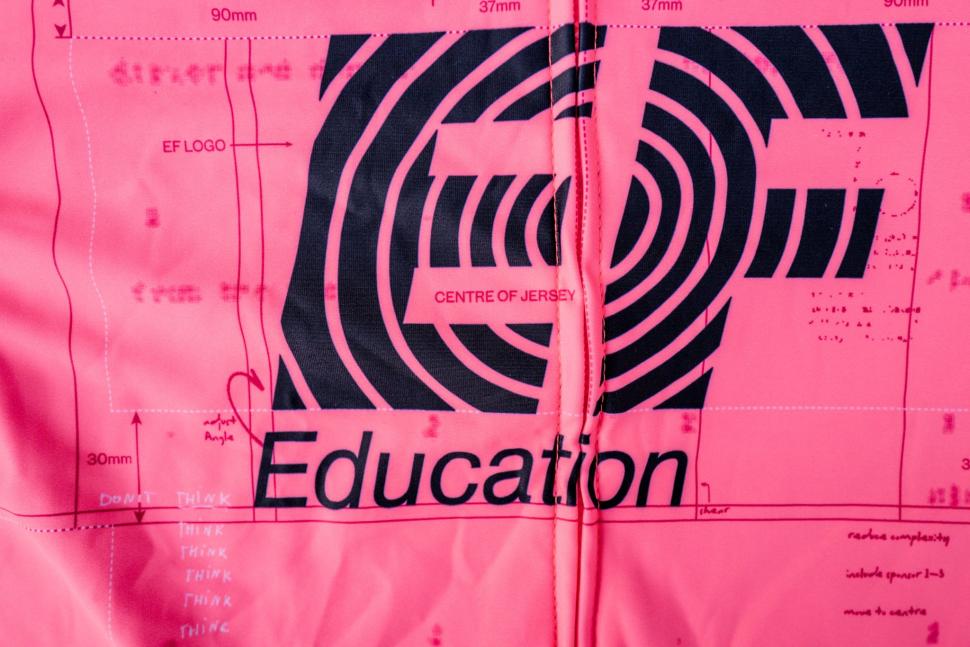 The duck has gone ... but look more closely at this year's kit and you'll see it keeps within the guidelines...
by Simon_MacMichael

The one-off collaboration between Rapha and Palace Skate for EF Pro Cycling at last year’s Giro d’Italia produced one of the most striking kits we’ve seen in the pro peloton.

If, like us, you’ve pored over UCI rules on kit design, you’ll know that regulations are tight over issues such as how much space should be given to sponsors’ logos, and where they should be placed.

And, if you take a close look at the new EF Education-Nippo jersey, from Rapha, you’ll see that they have kept within those parameters … and incorporated the guidelines into the design.

After getting into hot water last season, we’ve decided to create a compliant kit for 2021. In fact, we’ve tried to create the world’s most compliant cycling kit. Designed to disrupt. Created to comply.

“From the low-profile blackout kit we debuted at the 2019 Tour Down Under to the standout switch out that shook up last year’s Giro, Rapha and EF have always designed to disrupt,” says the team on its website.

“Pulling on our kit should always mean pushing the envelope and committing to driving the sport forwards.

“But even as the team who brought the pro peloton its first duck-inspired kit, we don’t want to ruffle too many feathers.

“After getting into hot water last season, we’ve decided to create a compliant kit for 2021. In fact, we’ve tried to create the world’s most compliant cycling kit.

“Though we’ve earned a reputation as rule breakers, our design for this season centres around the rulemakers’ regulations.

“To ensure we comply with every rule and regulation no matter how seemingly insignificant, the designers have shown their working. For correct positioning and spacing of sponsor logos, they’ve left their meticulous measurements marked up while subtle annotations are a nod to their creative approach to compliance.

“These finer details won’t be seen from the helicopter shots but for those who wear our kit, riders and supporters alike, they will serve as a reminder of our team’s desire to move the dial and change the sport,” the team adds.

“For fans following the team on TV or from the roadside, their favourite riders will still stand out in the team’s traditional hi-vis pink.”

Given the clash with the leader’s maglia rosa, we’ll still be looking forward to whatever Rapha and EF Education-Nippo come out with as a swap-out jersey for this year’s Giro d’Italia.