If you’re struggling to keep track: yes, the World Championships are still taking place later this month – they’ll be in Imola.

The 2020 UCI Road World Championships were originally due to take place near to the governing body's headquarters in Aigle-Martigny, but were cancelled in August due to coronavirus restrictions in Switzerland.

Earlier this month, it was announced that Imola in Italy’s Emilia Romagna region had been chosen as a replacement.

Originally due to run from September 20-27, a pared-back World Championships featuring only elite men’s and women’s time trials and road races will now be held from September 24-27.

“It will be a very fast circuit,” said Italian national selector and former pro Davide Cassani, who lives in the region. “Apart from two small uphill sections in the last five kilometres before entering the Imola Autodrome, it will be ideal for the pure specialists. We should see averages of over 50km/h.”

The two road races – on September 26 and 27 – will take place entirely on a 28.8km circuit with the start and finish at the Imola Formula One circuit. Much of the course is on narrow roads, surrounded by vineyards.

The loop, to be covered nine times by the men (258.2km) and five times by the women (143km), features two climbs, Mazzolano and Cima Gallisterna. Cima Gallisterna is 2.7km at 6.4% with a steep section in the middle. 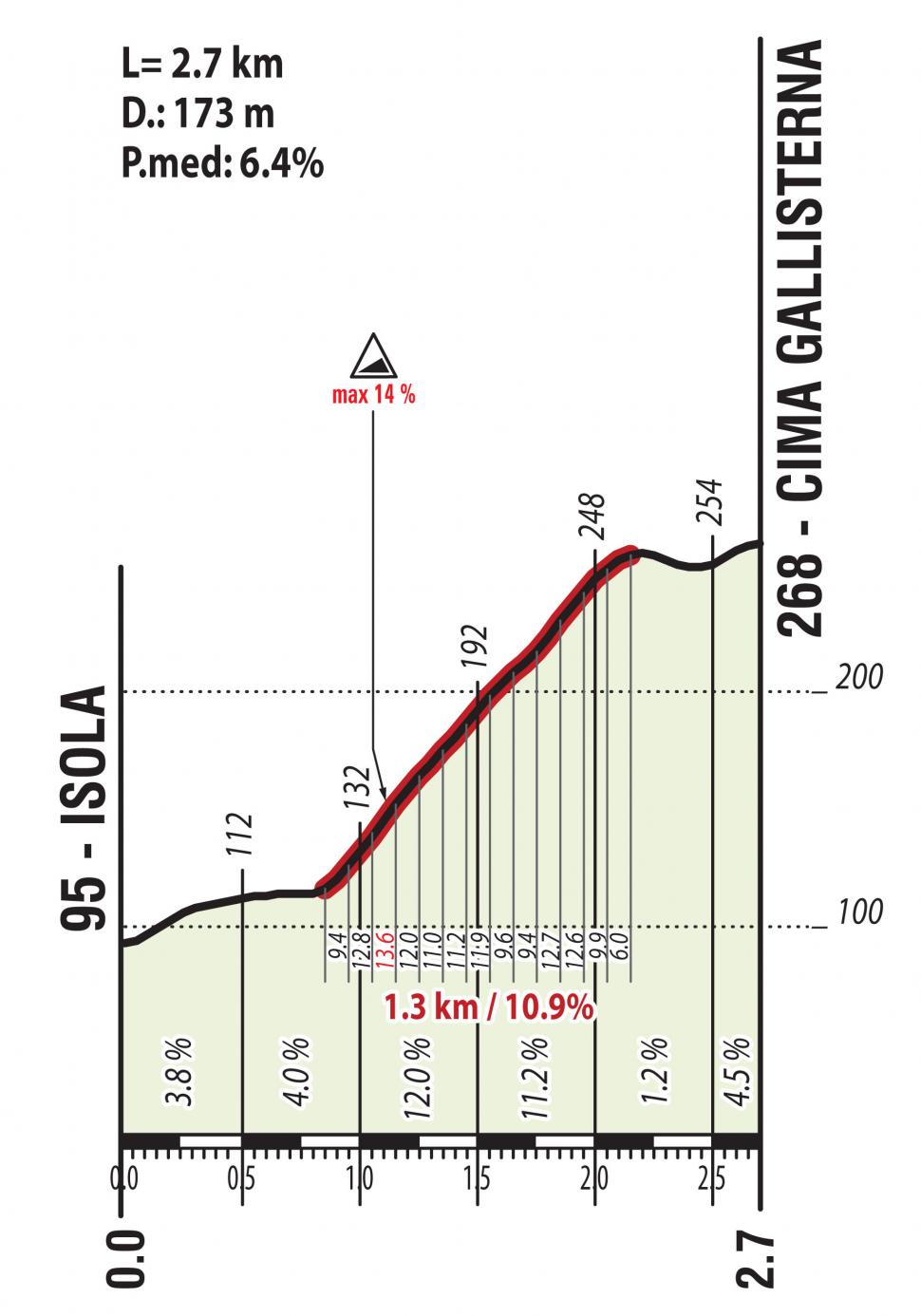 “It will be a difficult course,” said Cassani. “Riders will need to cope with repeated efforts, there will not be much recovery between the two difficulties, and the second will be followed by three kilometres of descent on a winding road.

“Team tactics will be important to get the leaders to the end. The finish will be solo or in a small group.”