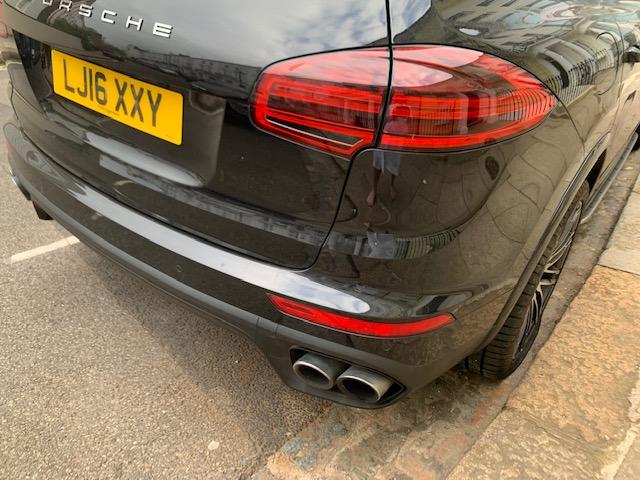 Tyre Extinguishers, the activist group that targets SUVs due to the damage the vehicles cause to the environment as well as the risk they pose to vulnerable road users including cyclists struck again in London last night, letting the air out of the tyres of 120 vehicles and leaving behind leaflets explaining to the owners why they had taken the action.

The direct action group, one of whose members we interviewed in the latest edition of the road.cc Podcast, undertook its latest direct action intervention in several affluent areas of the capital – namely Hampstead, Primrose Hill, Paddington and Kensington.

> Vedangi Kulkarni – the accidental adventurer who rode around the world aged 19 – plus SUV nemesis Tyre Extinguishers on the road.cc Podcast

The group is calling for “bans on SUVs in urban areas, pollution levies to tax SUVs out of existence, and massive investment in free, comprehensive public transport. But until politicians make this a reality, Tyre Extinguishers’ action will continue,” they add.

According to Department for Transport figures, some 74 per cent of SUVs are registered to owners with addresses in cities, and affluent boroughs in the capital account for six in 10 sales of such vehicles.

A spokesperson for Tyre Extinguishers said: “We are facing the greatest challenge humanity has ever faced. The climate crisis is an existential emergency.

“To safeguard a habitable world, we need to move off of fossil fuels as fast as possible. As the Just Stop Oil campaign has exposed, the first step is to stop all new fossil fuel licenses. This is a basic, common sense policy for meaningful climate action.

“This action was taken because removing SUVs from urban areas is a necessary part of reducing unnecessary fossil fuel demand, supporting the energy transition, and securing a habitable world.

“Three quarters of these 'off-road' vehicles are purchased by people living in towns or cities. We cannot allow SUVs to continue the incineration of our planet. Owning an SUV is dangerous. It can no longer be accepted.

Besides London, the movement – which similar to Critical Mass has no formal organisational structure and has supporters worldwide – has previously targeted SUVs in UK cities including Brighton & Hove and Edinburgh, and further afield in places including Zurich in Switzerland and Colorado in the US, and has also received requests for its leaflets to be translated into languages including French and Italian.