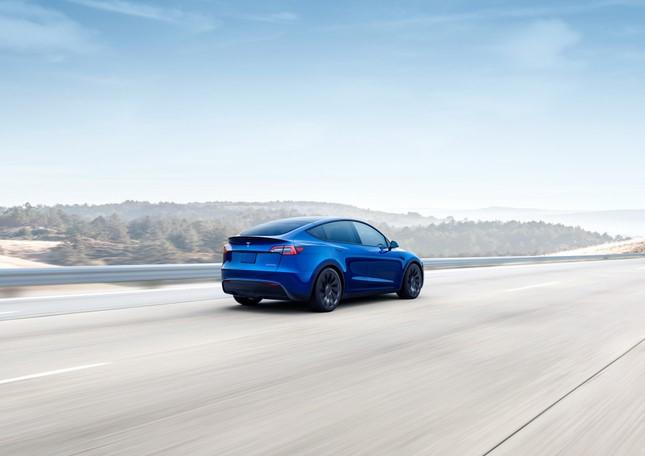 Tesla Inc. says it will assist the police investigation into the collision that killed a cyclist and motorcyclist in China
by Dan Alexander

Tesla Inc. is assisting a police investigation in China's Guangdong province after a fatal crash that killed a cyclist and motorcyclist involved one of its Model Y sports utility vehicles.

The company says it does not believe the incident was caused by a malfunction as Bloomberg reports data taken from the vehicle showed no proof the brake had been applied before the crash, while footage does not show the brake light activated.

It is being reported that instead the vehicle data shows the accelerator was heavily engaged in the moments before a motorcyclist and high-school student riding a bicycle were hit and killed in Chaozhou on November 5.

Footage which circulated on Chinese social media site Weibo apparently shows the Model Y accelerating before crashing and prompted a "family member of the driver" to claim the driver had lost control for more than one-and-a-half miles and could not slow the car down.

The family member suggested a technical problem with the vehicle must have caused the collision, something Tesla denies but says it will work with Chinese police to assist with the investigation.

The Model Y is Tesla's fully electric sports utility vehicle and has 'autopilot' technology, although there is no suggestion the vehicle was in autopilot mode during the aforementioned incident.

"Safety is the most important part of every Tesla. We design our vehicles to exceed safety standards," the brand says on its website before stating the Model Y achieved a 5-star Euro NCAP safety rating.

Back in May a Tesla Model 3 under test detected and braked to avoid collision with a dummy cyclist crossing its path, something an assisted driving system installed in a Subaru car failed to do five times during the same testing.

However, the company's coverage on this website has not always been so positive. In February we shared footage from San Francisco of a YouTuber almost ramming a cyclist while his Tesla was in Full Self-Driving (FSD) Beta mode.

Earlier in the same month another video showed the same Beta in another vehicle causing a Tesla to crash into a cycle lane bollard. That clip came just weeks after Elon Musk had claimed the programme had not been responsible for a single collision since its release in October 2020.