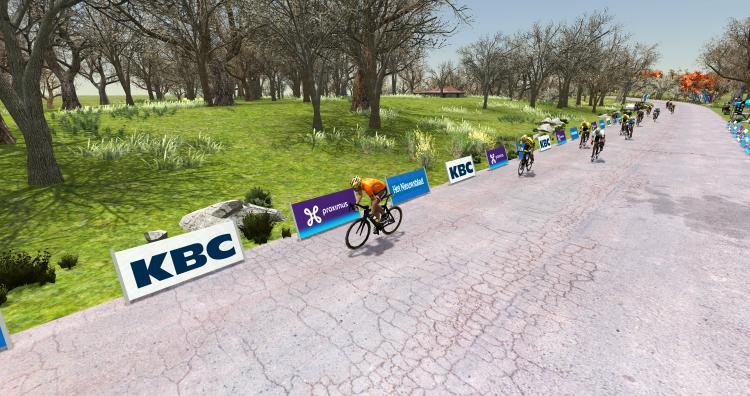 Some of the biggest names in men’s professional cycling will this afternoon ride the Tour of Flanders – Lockdown Edition, with the virtual race, hosted by Sporza with support from Bkool and Kiswe, broadcast online to fans starved of watching live cycling due to the coronavirus pandemic.

In all, 13 men will compete in the race, which starts at 3.30pm CET (2.30pm BST) this afternoon, just as what is arguably the biggest one-day race on the professional calendar should have been heading towards its climax.

The one-hour race covers the last 32 kilometres of the Tour of Flanders, including the climbs of the Oude Kwaremont and Paterberg, which have been rendered in digital form by Kiswe.. 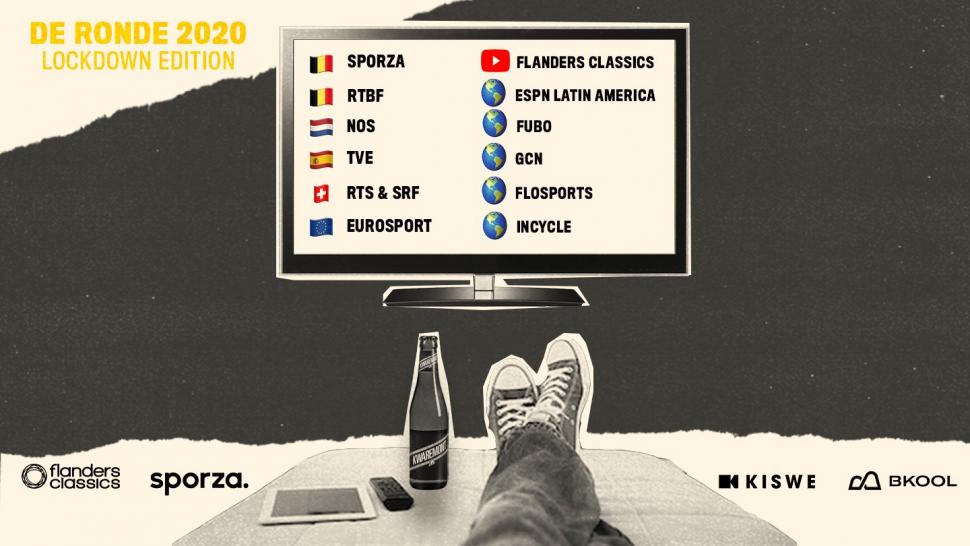 The imaginary race is contested by past and present champions and other big names from the sport – including Eddy Merckx, Fausto Coppi, Fabian Cancellara, Sir Bradley Wiggins, and, in a women’s team competing alongside the men in the race, Marianne Vos, Annemiek van Vleuten and Lizzie Armitstead.

“This will, without a doubt, be the most exciting Tour ever,” Visit Flanders promises, “because it is so much more than just another race.

“Get ready for a story with some incredible plot twists, featuring cameo appearances by heroes from one hundred years of cycling history.”

The English commentary comes courtesy of Eurosport’s Rob Hatch and Matt Stephens, who appear to be having a whale of a time reporting on what is, by any measure, an action-packed – if at times, rather far-fetched – race.

You can listen to it here.