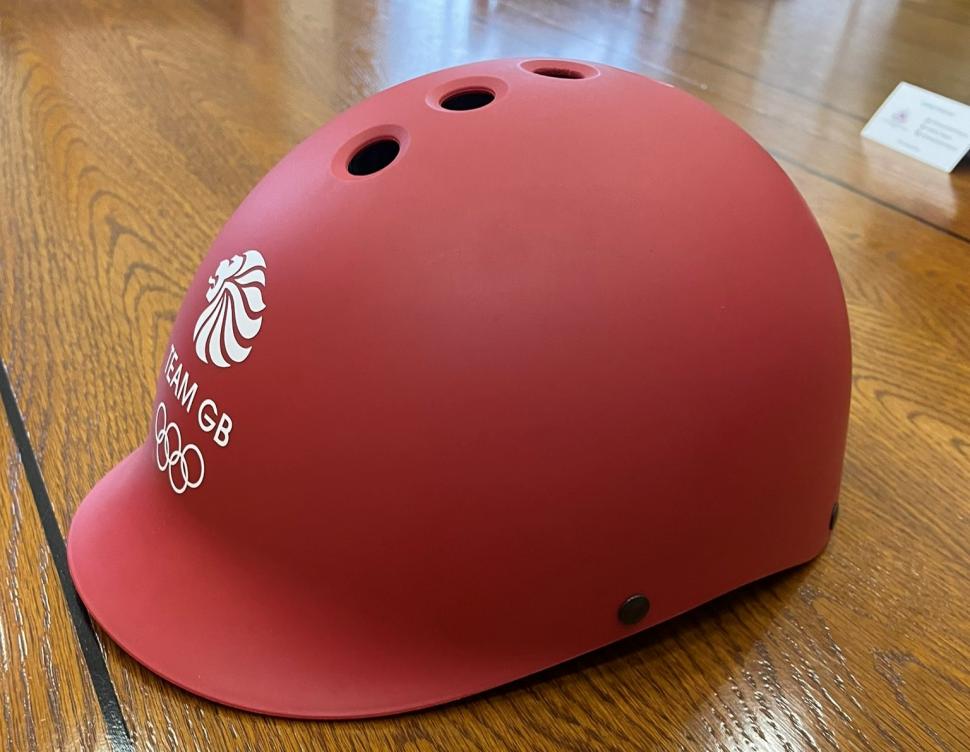 "Desperately trying to get my helmet across London in time": Sir Chris Hoy less than impressed with Jubilee Pageant kit... and can you blame him?

Is it a polo helmet or a bowling ball? Sir Chris Hoy predicts he could be "getting a bit of stick" wearing this...
by Dan Alexander

Sir Chris Hoy is one of six 'hero cyclists' who will lead a peloton of 300 riders pedalling vintage bicycles down The Mall later today as part of the Platinum Jubilee Pageant...an honour slightly dampened by the headgear he's been asked to wear...

"These are the ‘Team GB cycling helmets’ that have been provided for us to wear at the Jubilee Pageant this afternoon," he told his Twitter followers. "Desperately trying to get my own bike helmet across London in time, or I could be getting a bit of stick for this."

The friendly people of the internet, of course, responded with sympathy and definitely didn't laugh at the prospect of a six-time Olympic gold medallist being paraded while wearing something out of Bob the Builder.

You riding a horse ?

It’s like someone tried to make a horse-riding helmet into a bowling ball? Badly?!

One amused onlooker noted the helmet looks remarkably similar to the 'Dashel Team GB Urban Cycle Helmet Olympic Edition' that Team GB were trying to flog to fans for £85 a piece..."I assume they have quite a lot of excess stock"...

Dame Laura and Sir Jason Kenny are also expected to be in attendance as 'hero cyclists'. No word from the golden couple if their own helmets are being raced down to London as we speak.

According to reports this week, Paralympic gold medallists Lora Fachie and Kadeena Cox will also be part of the group who will ride towards Buckingham Palace and complete a 360-degree circuit of the Queen Victoria Memorial.

Tom Pidcock's name has also been mentioned, although the all-conquering Ineos Grenadiers rider has been training in Andorra and, based off yesterday's Strava caption, will be putting his feet up today... 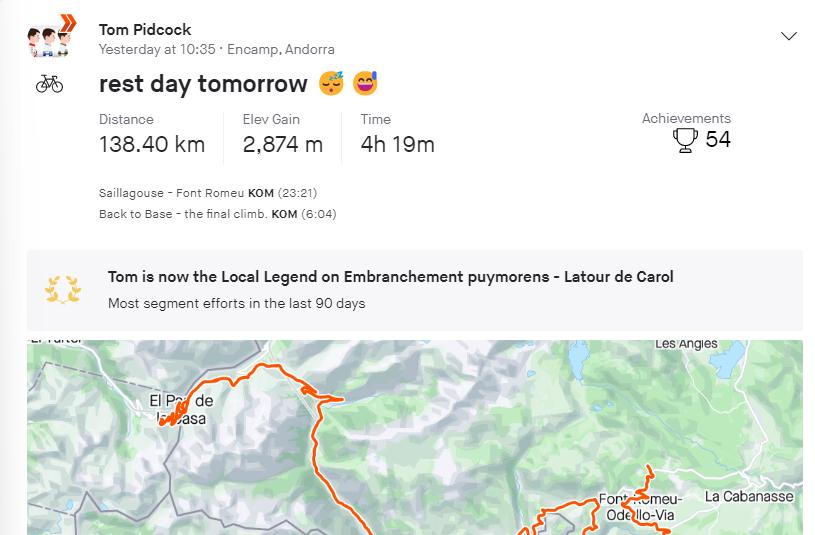 The 300-strong peloton following will be riding an array of vintage bicycles from across the Queen's 70-year reign and, bizarrely, will be joined by Strictly Come Dancing professionals Graziano Di Prima, Amy Dowden, Nikita Kuzmin, Cameron Lombard, Nancy Xu and Jowita Przystal on a pedal-driven vehicle.

The £15 million pageant is split into four acts: For Queen and Country with a military parade; The Time of Our Lives progressing through seven decades of culture, music and fashion; Let’s Celebrate telling the story of the Queen’s life in 12 chapters with corgi puppets and carnival creations; and the Happy and Glorious musical spectacle starring Ed Sheeran and close to 200 celebrities.

It remains to be seen where Sir Chris fits in? It could be the military parade if he's wearing that on his head...

*Update* As it turns out, none of the golden trio were forced into polo attire...(but make sure you Olympic champions are wearing a helmet for your two-mile pootle round the Palace)...