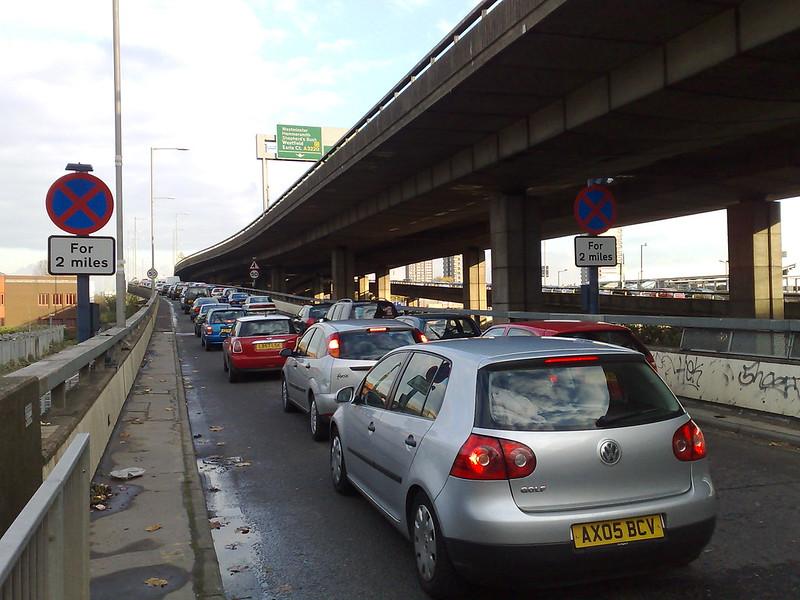 Sadiq Khan is considering charging drivers from outside London £3.50 to come into the capital in a bid to plug a hole in Transport for London’s (TfL) funding. The potential move is one of a series of cost-saving options that has been suggested, another of which is the scrapping of the Santander Cycles bike share scheme*.

TfL has received two Covid bail-outs from the Government, together worth £3.4bn, after revenue and passenger numbers collapsed due to the Covid pandemic.

The London Evening Standard reports that axing Santander Cycles, the Woolwich ferry and river services would together save £48m.

The newspaper reports that it is “unlikely” that the Mayor would scrap the bike hire scheme however. It has seen record usage since last year and is a central element of a bid to encourage walking and cycling.

Far more likely is a £3.50 daily charge for motorists entering Greater London – which would be in addition to the £15 congestion and £12.50 ultra-low emission zone (Ulez) charges. It is estimated that this could raise about £500m a year while also reducing incoming traffic by about 10-15 per cent.

Khan said: "Londoners pay £500m worth of Vehicle Excise Duty every year, which is then spent on maintaining roads outside the capital. It is not fair on London that our drivers should subsidise the rest of the country’s roads and get nothing in return.

"If Ministers aren’t prepared to play fair, then we will need to consider other options to address this unfairness, such as asking people who live outside London and make journeys into Greater London by car to pay a modest charge, which would be reinvested in London’s transport network.”

The proposal was ‘strongly welcomed’ by London Cycling Campaign, albeit on the condition that the revenue be put towards greater provision for walking and cycling, and on expanding access to public transport.

“The climate emergency, the huge damage to public health created by air pollution and inactivity, and the blight of congestion all demand decisive action to reduce London’s reliance on motor cars,” said the group’s CEO, Dr Ashok Sinha.

“This new charge, if invested in green and active travel, will help address all of these huge problems in one go. And, alongside the planned ULEZ expansion, it will be an important step towards a comprehensive, smart road pricing scheme for the whole of London.

“However, we are very concerned at the axe hanging over the Santander Cycle Scheme. This scheme has played an important part in increasing cycling levels and reducing congestion. We need more on-demand cycle hire provision, not less.”

*15/12/20: Since this article was first published, London's Cycling and Walking Commissioner Will Norman has now categorically said that the scrapping of Santander Cycles won't happen.

Norman told Forbes: "We’ve got absolutely no intention at all to scrap the hire bike scheme It’s been shown that it’s more popular than ever. In fact, we’re investing in modernising and expanding it.

"Many people enjoyed making the most of the quieter streets during lockdown, and this change in habit has had lasting effects, with walking and cycling journeys continuing to be higher year-on-year."