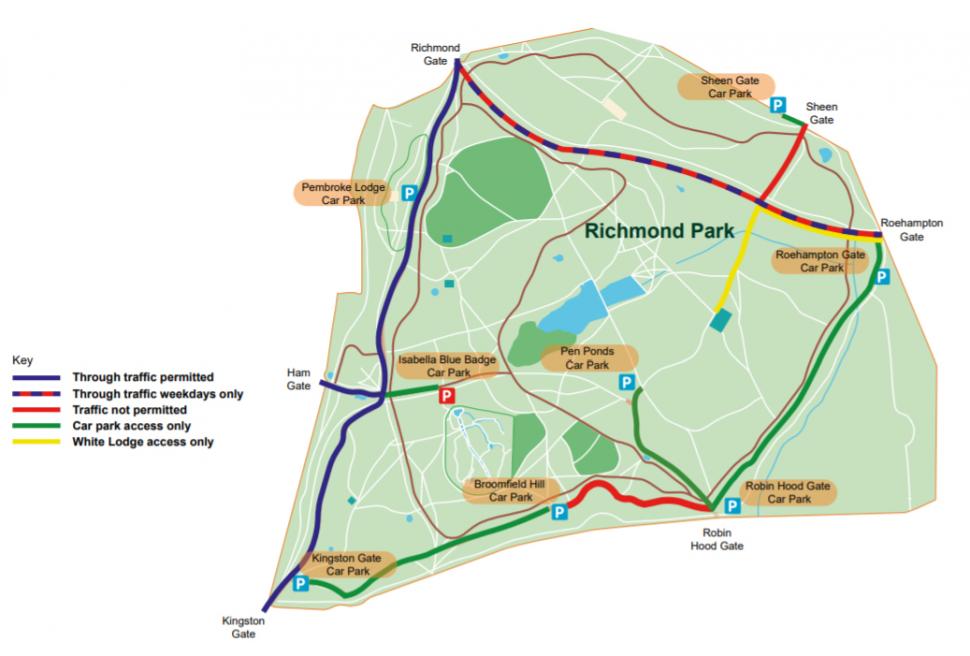 Richmond Park, which has been closed to motor vehicles since late March, will reopen to rat-running drivers from Saturday in what has been described as by cycling campaigners as a “reckless and drastic” move.

The news has also been met with dismay by active travel campaigners who have been able to enjoy the traffic-free park since the country went into lockdown in late March.

The road closures have also had a marked effect on the park’s wildlife, with many having noticed that its deer are able to roam more freely, whereas previously they would shy away from roads.

Royal Parks, the charity that supports and manages some of London’s biggest and most popular parks on behalf of the Crown, says that the reopening of some roads to motorists will be subject to a six-month trial, detailed in this factsheet.

The road between Kingston Gate and Richmond Gate will be open to through traffic at all times, and motorists will also be able to use Ham Gate, which is about halfway along that route.

The road from Richmond Gate to Roehampton Gate, meanwhile, will be open to motor vehicles only on Mondays to Fridays.

Those will be the only permitted through routes and while the other gates will also be open to drivers, that will only be to provide access to car parks or to White Lodge, home to The Royal Ballet School.

Just two roads will remain fully closed to stop drivers from using the park as a short-cut. Those are the one turning off the Richmond Gate to Roehampton Gate towards Sheen Gate, and the road from the Broomfield Road to Robin Hood Gate.

However, London Cycling Campaign’s infrastructure campaigner Simon Munk described the move as “a hugely disappointing retrogressive step,” while the organisation said it was “a reckless and drastic proposal.”

Our parks are for people, not traffic. A park cannot be both a safe, accessible and enjoyable space for cycling and also a rat run. @theroyalparks must reconsider this reckless and drastic proposal, which is opposed by the vast majority of Londoners https://t.co/6PRbHfq868 https://t.co/hEDbuCrqGB

Shortly after motor vehicles were banned from Richmond Park in March, cyclists other than NHS key workers and under-12s were also excluded to avoid overcrowding as social distancing guidance was introduced by the government.

However, those measures have gradually been eased, first to allow access to commuters and as of 1 August the park is once again open to all cyclists seven days a week.

News of the reopening of some roads in Richmond Park coincides with the Royal Parks announcing changes to access to some of the other parks it manages in the capital, including extending the closure of the Mall and Constitution Hill to motor vehicles, currently in place on Sundays, to Saturdays as well.