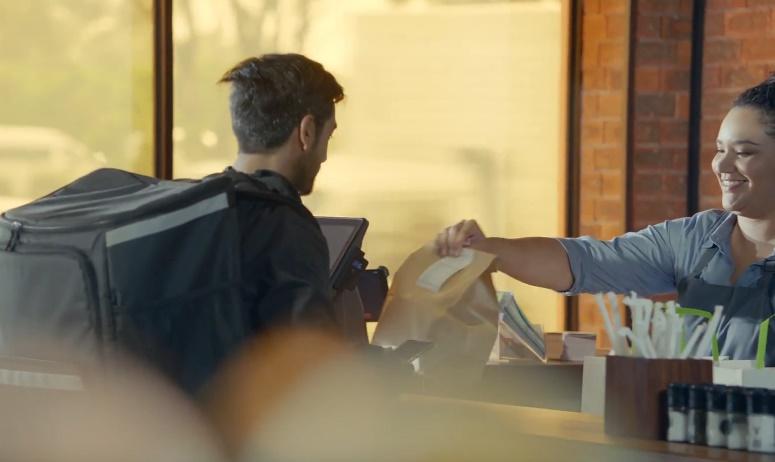 An Edinburgh food delivery cyclist working for Uber Eats and Just Eat says she has been logging on to work for 60 hours a week, but has only been making £100. Alice Barker also said that with restaurants not allowing delivery riders to use their bathrooms during the coronavirus outbreak, she has resorted to trying not to drink any water during her shifts.

Barker told the BBC that with many restaurants closed and people often preferring to prepare food at home, there has been a shortage of work.

As she is paid per delivery, not per hour, this has had a significant impact on her earnings.

“If I’m waiting for an order and I don’t get one, then I’m not earning any money at all,” she said.

"A lot of people do assume that we are much busier now, but certainly for a lot of the push bikes, we're really struggling to make ends meet.

"The demand has just completely floored. Definitely a lot of the restaurants being closed has had an impact, and I think with people being at home, they are spending more time cooking and being at home.”

She added: "I've been logging on for over 60 hours a week, to get £100. I maybe wasn't even making that at the start of lockdown."

She said she was busier when KFC reopened. “I maybe made about £130 that week.”

Food chain workers, including those involved in delivery, have been classed as key workers during the coronavirus outbreak.

However, Barker says that while her employers have pushed for this, it isn’t reflected in her working conditions.

“We should not be having to work for that kind of time to make a living,” she said.

“These companies have all pushed for us to be classed as key workers. But it's really clear that this is about their interests, they haven't actually done anything to make us feel like we're key workers. We're actually quite disposable.

"It's just this weird feeling that we're key workers but no-one's actually looking after us. It feels like a really odd situation to be in."

She said that both Uber Eats and Just Eat had given advice on how to deliver in a socially distant way, but other than that there was a marked difference between what they’d said and what they’d actually done.

"They were going to give us some PPE – some masks and hand sanitiser. I know it's taken weeks for people to even get hold of any.

"And when they do arrive, we're being given single-use masks. How long are we meant to use that safely for?

"Also, with the restaurants, we're not able to just use the bathroom, whether that's to use the toilet or to wash our hands."

While the firms say they are offering sick pay should a delivery rider contract coronavirus, Barker points out these are the only circumstances where that would happen.

“Because we are classed as self-employed, we don’t have any access to sick pay if we were to become ill.

“They have said that they are providing sick pay if you get symptoms or you have to self-isolate, but the irony is that I could become ill for any other reason and I wouldn’t be able to access any sort of sick pay.”

A Just Eat spokesperson said: "We recognise that Covid-19 has brought huge uncertainty for many of the self-employed couriers in our network and have implemented a number of measures to help keep them safe.

"We've rolled out contact-free delivery procedures across our network, are supplying protective equipment to couriers and have asked all restaurants to keep hygiene facilities available to the couriers picking up their orders."

They also said the masks supplied to couriers were reusable.

An Uber Eats spokesperson said: "The safety of everyone using the Uber Eats app and preventing the spread of Covid-19 is a top priority.

"In the UK, Uber Eats has introduced a number of measures including contactless delivery as well as distributing over one million masks to drivers and couriers and over 50,000 hand sanitisers to couriers using the Uber Eats app."