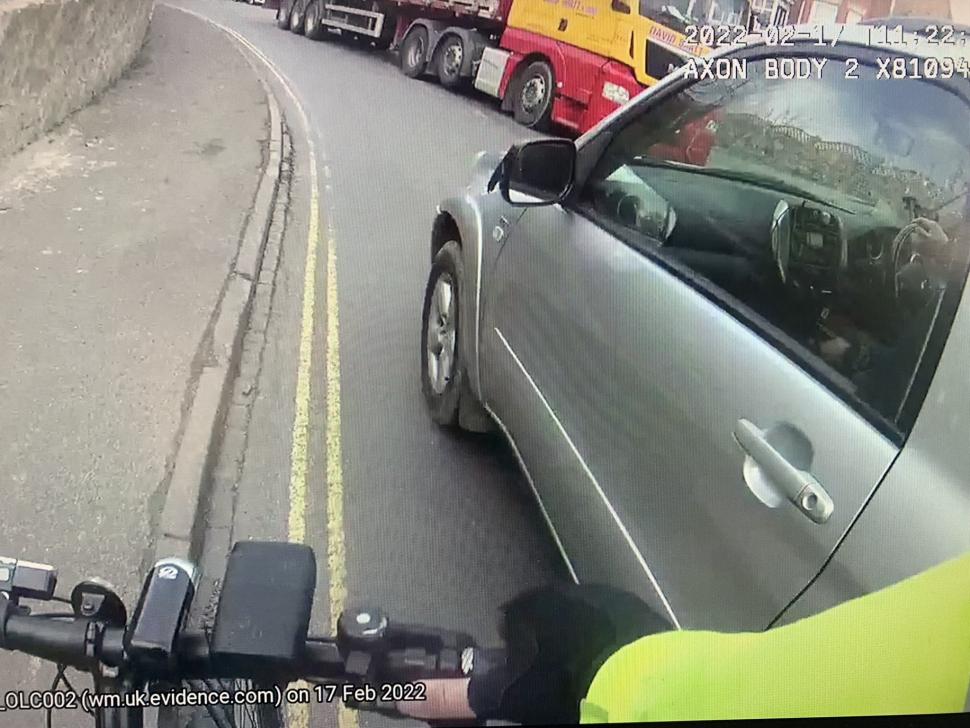 The motorist was reported for driving without due care and attention for cutting up the officer, who was participating in a close pass operation in Malvern
by Ryan Mallon

A motorist in Malvern was reported yesterday for driving without due care and attention after committing a dangerous close pass on a bike-riding police officer.

The officer was taking part in a close pass operation in the town, targeting motorists who overtake cyclists too closely, when the driver – seemingly unaware of an oncoming lorry – decided to pass him on a bend.

The motorist then had to sharply swerve back in front of the cyclist as the lorry approached, narrowly avoiding a collision with both the HGV and the police officer.

The officer, who captured the dangerous overtake on his helmet camera, reported the motorist to court for driving without due care and attention.

The driver of this vehicle decided to cut across the path of one of our police officers on his bike today because he hadn’t seen the oncoming HGV lorry. 🤦‍♀️ He will be reported to court for driving without due care and attention.P2487 #OpClosePass #saferroads #Skidmarks #closecall pic.twitter.com/sE7KVz6Ddi

The incident occurred while local police were conducting a close pass operation in Malvern and Worcester yesterday.

> Near Miss of the Day

Close pass operations – as pioneered by West Midlands Police – involve plain-clothes officers on bikes equipped with cameras radioing ahead to alert uniformed colleagues of close passes or other instances of poor driving.

Motorists are then stopped and shown how to pass cyclists safely or in some cases, like the driver in Malvern, reported.

These initiatives inevitably gather enough evidence of poor driving for a whole swathe of prosecutions.

Of the 110 motorists who passed Storey during the operation, 20 were stopped by the police for advice on their driving and overtaking skills, while ten were prosecuted for a range of offences from careless driving to contravening double white lines.