The Royal Parks confirms that Cycle Superhighway 3 is suspended in The Green Park to ensure the "safety of all park users" during the celebrations...
by Simon_MacMichael

Update: On Tuesday, The Royal Parks issued the following statement on the temporary suspension of Cycle Superhighway 3 in the Green Park, which will be closed for six weeks to allow for the construction and dismantling of infrastructure related to the Queen’s Platinum Jubilee celebrations in early June:

Due to the build for ceremonial events taking place in May and June cyclists, motorists and pedestrians will be impacted by significant disruption in The Green Park and St James’s Park.

The decision to implement the necessary closure of roads, cycleways and pathways was made by the multiple agencies involved in planning for the upcoming events with the safety of all park users in mind. Please check https://tfl.gov.uk/platinum-jubilee for up-to-date information on the affected areas.

Cycle Superhighway 3 is temporarily suspended in The Green Park. For the safety of all park users, we ask that cyclists dismount and walk through The Green Park. This walk takes roughly eight minutes.

Our original story, published on Monday, appears below.

A key cycle route in central London will be closed for six weeks due to the Queen’s Platinum Jubilee celebrations at the beginning of June – although there is scant information online about exactly which parts of the route will be closed.

Sections of Cycleway 3 close to Buckingham Palace and which fall under the responsibility of The Royal Parks were already closed this weekend due to the Vitality London 10,000 athletics event, with signage in place to warn cyclists of the closures. 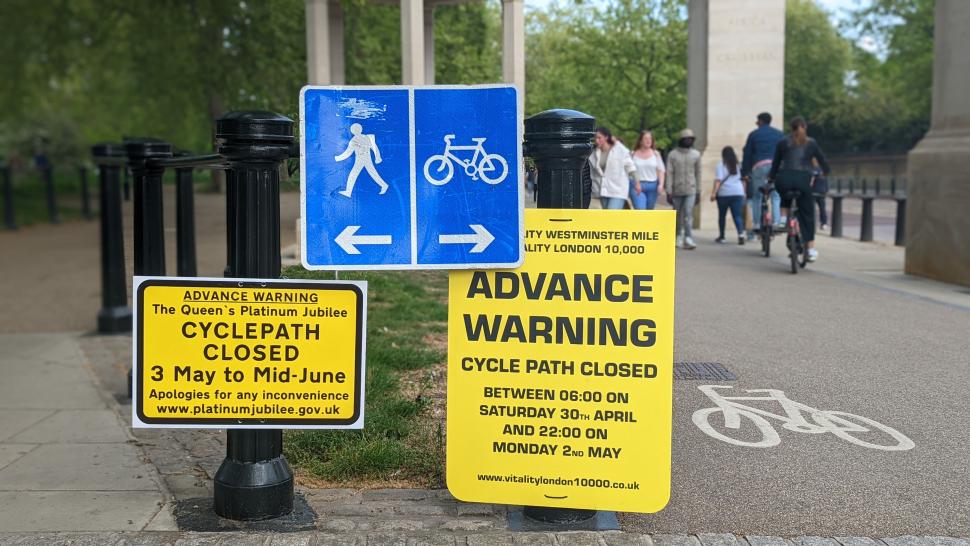 Separate signs in locations including Constitution Hill – which runs from Hyde Park Corner to the Mall and forms part of Green Park – were put in place by last Friday and warn of the cyclepath being closed from “3 May to Mid-June,” a total of six weeks.

Of course, temporary road closures for events such as Trooping the Colour are a regular feature of central London, but as this Twitter thread points out, what is unusual in this case is the length of the closure, plus the absence of any signed alternative route for cyclists.

So the Royal Parks are closing key safe cycle routes into Central London for 6 WEEKS for jubilee prep. No hint of alternative safe option. No attempt to minimise disruption. On past form will be overpoliced. pic.twitter.com/ZhraHGH140

It is not clear at the moment whether it is just the section of cycleway on Constitution Hill that will be closed, or whether it will also affect other locations in the area. Nor does there appear to be any signage advising cyclists of alternate routes.

However, given the four-day programme of events over the four-day Platinum Jubilee weekend itself from 2-6 June, they seem inevitable during that period at least in locations such as Birdcage Walk and the area to the front of Buckingham Palace around the Victoria Monument.

The RideLondon festival of cycling returns this month after a two-year absence, with this event, to be held over one day, moving its finishing location to Tower Bridge rather than the Mall, which has hosted the end of all previous editions.

It’s unclear whether that reflects a permanent move or is simply due to the proximity of the Platinum Jubilee events, but the closed-road family-friendly RideLondon FreeCycle ridevente will not be taking in the Royal Parks this year with its route instead going along nearby Whitehall and Pall Mall. 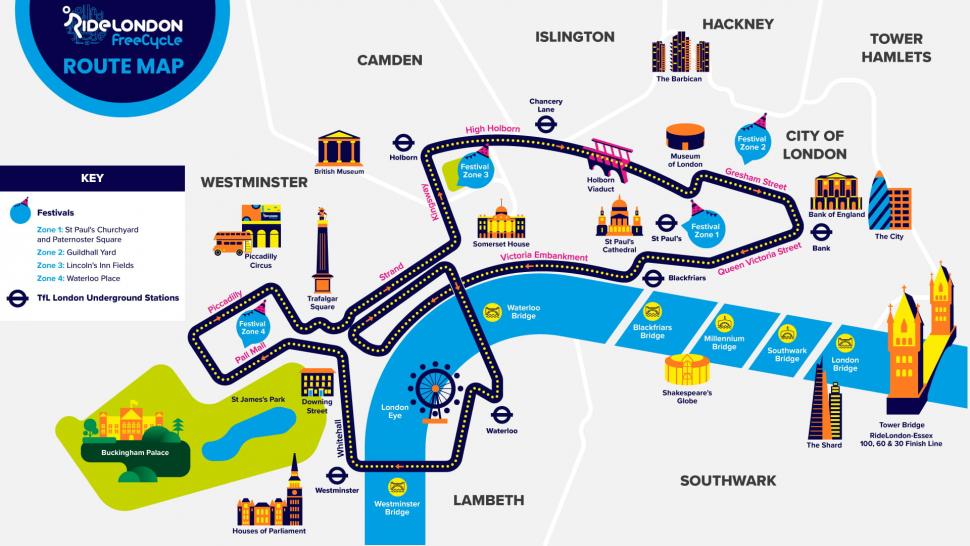 While the Transport for London (TfL) website does have a page providing travel advice for the Platinum Jubilee weekend itself, there is no specific mention of any cycle routes being closed.

“Cycling is a good way to get around central London, particularly if you are not attending events or passing through areas where they are being held,” TfL says on the page.

“Some roads will be closed and you may have to walk with your cycle if it's busy.

“There are security measures at events, so you may not be allowed to bring a cycle with you if you are attending – check beforehand.”

Nor does there appear to be any specific information regarding closures on the website of The Royal Parks, nor the website set up specifically for the Platinum Jubilee. Should we get any clarification, we will of course update this article. 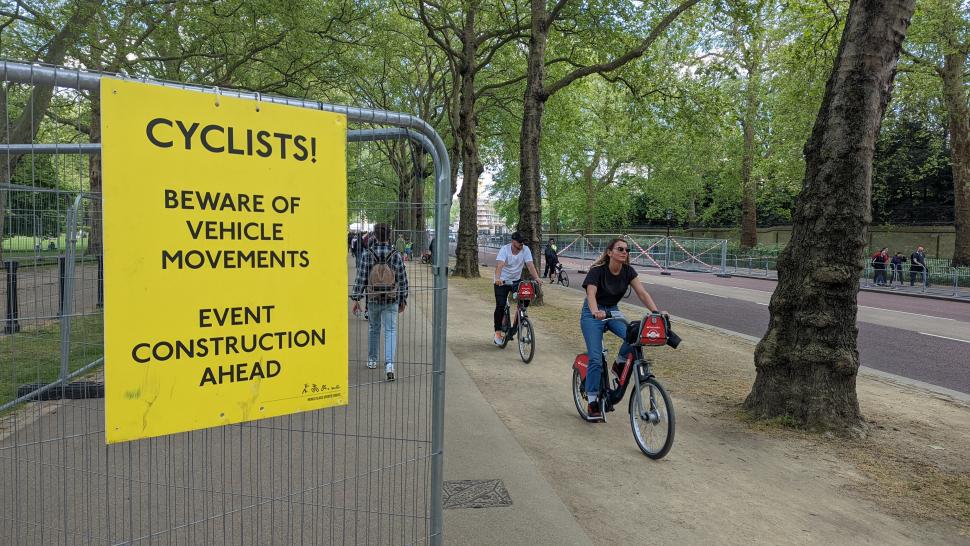