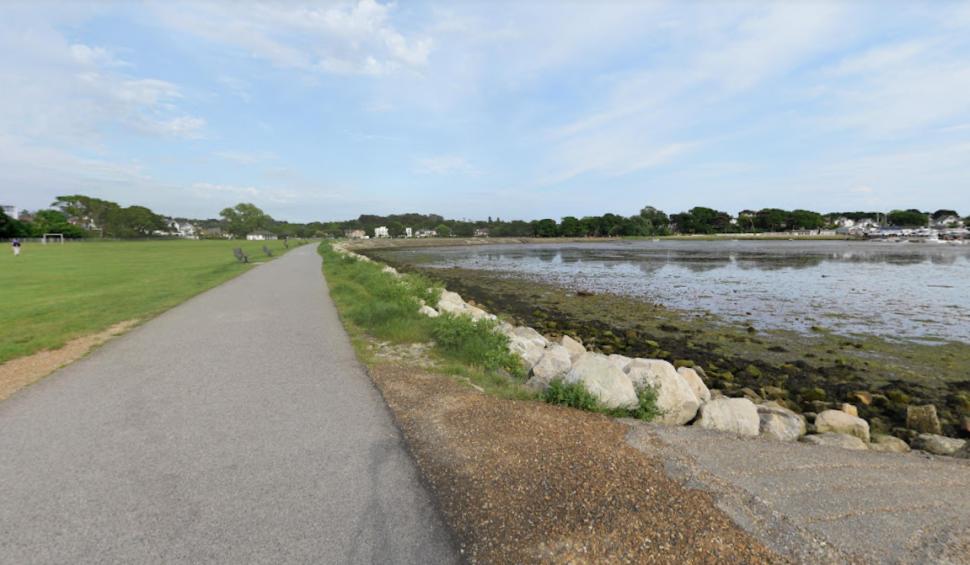 Petition to move cycle lane because cyclists will ride too fast

Work will begin on the Poole waterside later this month, however concerned locals have expressed concern at children and pedestrians being put in danger
by Dan Alexander

Concerned locals have called for a proposed cycle lane to be relocated to better protect pedestrians from cyclists riding at unsafe high speeds.

A petition to move the Whitecliff & Baiter cycle path from its proposed site in a popular park in Poole to a nearby railway line has reached a little over 750 signatures, roughly 75 per cent of the way to its 1,000-signature target.

Bournemouth, Christchurch and Poole Council (BCP) received 1,300 responses to a consultation about the proposal, including widening the waterside path and creating a separate cycle way and footpath, with the clear majority supporting the plans.

Over three-quarters of respondents agreed with the improvements, with 88 per cent wanting separation between those walking and cycling, prompting the council to settle on a minimum separation of least 1.5m for the majority of the proposed route.

At the consultation stage the most controversial aspect of the proposal was having the cycle path on the harbour-side of the route (72 per cent objected), meaning they have now been switched in the plans.

However, despite the general support for the scheme, a last-minute petition has emerged calling for the cycle route to be relocated away from the waterside to run alongside a railway line.

Restrictions on cyclists’ speed are unenforceable and the creation of a dedicated cycle lane will only encourage (some) cyclists to go faster, thereby posing a safety risk to pedestrians using the adjacent walkway.

Whitecliff and Baiter are used by many local and visiting families who enjoy the benefits and pleasures of a safe ‘traffic free’ environment where children, including toddlers can run freely. It is astonishing that BCP is jeopardising their enjoyment and their safety by introducing  an open cycle route into this pedestrianised family friendly environment.

A more suitable location with a lower pedestrian footfall, for a dedicated cycle way is on the other side, alongside Whitecliff Road (far side of recreation ground) and then alongside the railway line. BCP have stated this is ‘not practical’ but have not provided rationale.

Whilst this alternative location is preferable, if (as BCP state) it is impractical then by way of compromise, we would ask that the harbour-side footpath and cycle lane are separated by fencing, with the footpath having clear ‘No Cycling’ signs and appropriate (Equality Act compliant) access control at each end. This simple measure would significantly reduce the risk to footpath users, particularly to small children who may inadvertently ‘toddle’ across any pavement markings.

Everybody could then relax and enjoy their walk or cycle journey without fear of inevitable collision, near misses or altercation.

The petition's signature tally conflicts with the results of the council consultation, to which 76 per cent of respondents supported the proposed path, while 85 per cent of comments requested the extension of proposed segregation beyond its current length.

Following the consultation, funding was received, allowing work to begin this month.

Councillor Mike Greene, Portfolio Holder for Transport and Sustainability said: "The large response from residents shows that they welcome an easier and safer route through this beautiful stretch of Poole’s waterside, and I am delighted that it will be improved this summer.

"This is only part one of the sustainable travel plans we have for this area. We’re also working to secure funding approval for a second phase of improvements, which will continue through to Baiter Park and link with the wider cycle network and towards the town."

It is not the first time BCP has received criticism for one of its active travel projects. Last November, outraged drivers fumed at a Poole cycle lane they said was too wide.