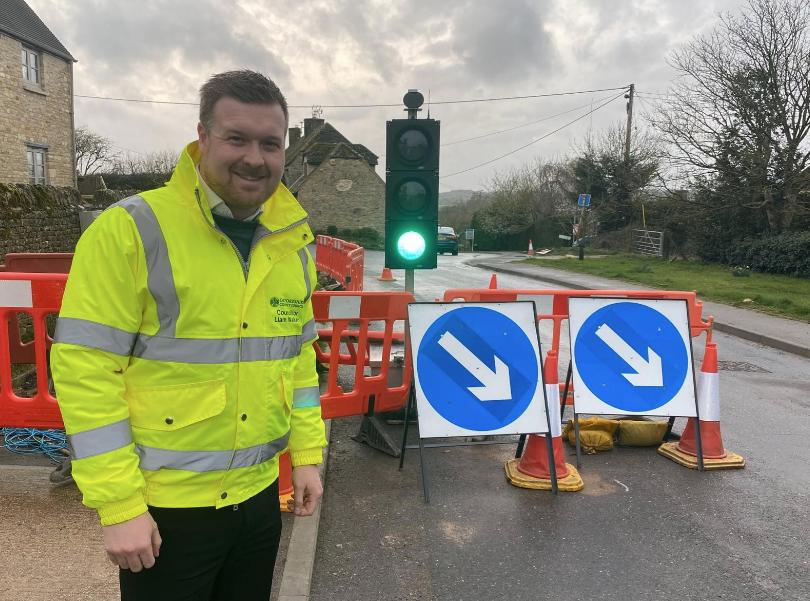 The leader of Oxfordshire County Council has backed the councillor in charge of the county’s roads after he expressed approval for a tweet that cyclists “forever wanking off the Dutch” should just move there. Ian Hudspeth said that highways chief Liam Walker was a "strong supporter of active travel".

We reported last month how Walker had been left considering his position after a row over an apparently anti-cyclist tweet had ‘mentally taken its toll’.

Linking to a story about Transport Secretary Grant Shapps’ comments that pop-up cycle lanes were leaving traffic, “backed up alongside them,” he said: “Who knew that as the weather got worse all those temporary measures wouldn’t get used..... cycling went up during lockdown because people had time on their hands. Now they are back to work & on school run they need their cars. This was obvious months ago.”

One of the replies to his tweet read: “Cyclists constantly wanking off the Dutch. Fuck off over there then.”

To which Walker responded: “Well put in a way people would complain if I said the same.”

The BBC reports that at a council meeting on Tuesday, Lib Dem councillor Tim Bearder asked Hudspeth if he was "content to have someone on your cabinet that is not a proponent of the active travel agenda".

Hudspeth said Walker was a "strong supporter of active travel" who took the train to reduce his car use.

He also said Walker was "often seen out riding in his division whilst also reporting potholes that could be a danger to fellow cyclists".

Walker did post a photo of himself out on a bike ride (or at least wearing a cycle helmet) a week or so ago.

🚲 A Sunday blast out on the bike. Even if it did rain..... 😉 pic.twitter.com/kcclPvsO5C

If only, I’ve heard the cycling infrastructure is quite good there...