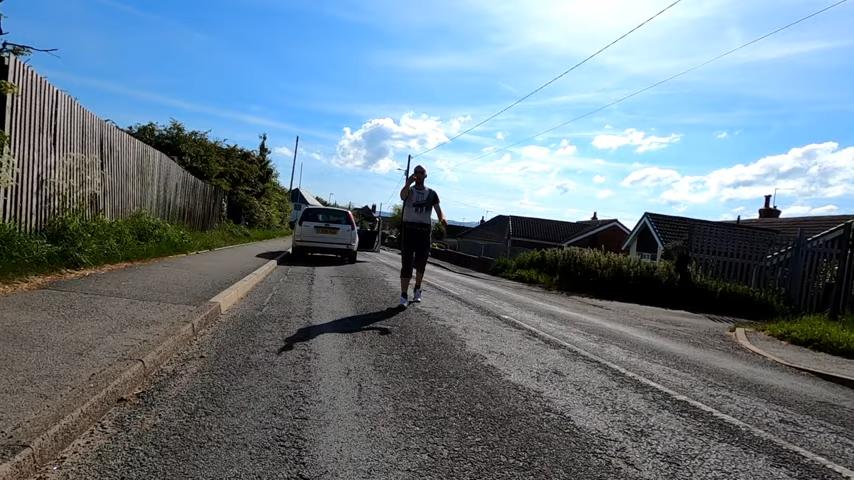 Near Miss of the Day 783: aggressive close pass driver offered speed awareness course ends up with £2,460 fine and 6 points after losing two appeals

Whether he meant it or not, this driver's attempts to get out of his original punishment for close passing followed by ranting aggressively at a cyclist arguably led to retribution truly befitting of the crime...
by Jack Sexty

If you've done wrong and got away with a relative slap on the wrist, it's probably advisable to take what you're given and move on... however, it appears the aggressive driver in this clip from road.cc reader Miché doesn't grasp this concept, seeing an original £60 fine and the offer of a speed awareness course grow to a £2,460 fine and six points on his driving licence after losing appeals at magistrates' court and eventually Crown Court.

Miché told road.cc that after being knocked off his bike by a driver in June 2020, he bought a camera along with his new bike to record bad drivers after he had regained enough confidence to get off the trainer and back out on the roads. It was shortly after making this decision in July 2021 that the incident shown above occurred in North Wales.

We see Miché ride through some temporary traffic lights, after which the driver of a white Ford estate car passes him with inches to spare with traffic on the other side of the road.

Miché shouts, and the driver gets out of the vehicle saying: "Don't f**king shout at me like that, I've got my f**king daughter in the car."

Miché submitted the footage to Operation SNAP and North Wales Police, and says the driver was offered a £60 fine and a driver's awareness course for the close pass and threatening behaviour.

Sounds pretty lenient, right? The driver appealed, and a date was set for the case to be heard at a magistrates' court.

Miché added: "The driver did not attend court because he was bitten by an animal (squirrel).

"The magistrates found in favour of the prosecution. He was prosecuted for driving without due care for other road users, costing the driver £1,690 and six points on his licence.

"He appealed the magistrates' decision as he could not defend himself as he didn't attend court. There was another court date set and it was escalated to Crown Court,
again I attended as a witness to show my evidence.

"The driver again did not attend court.

"The Crown Court found in favour of the prosecution and with the added Crown Court costs took the driver's fine to £2,460 and six points on his licence."