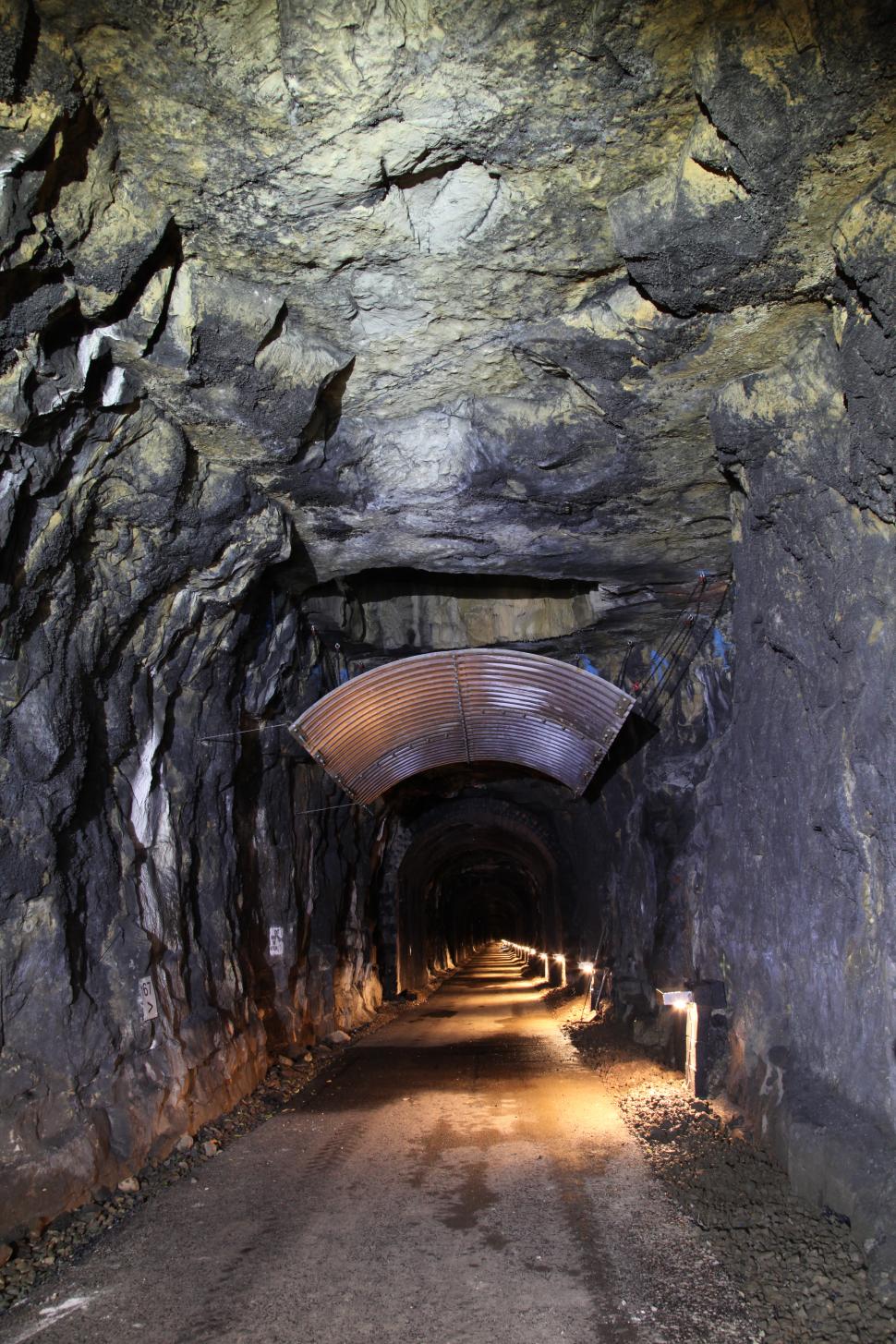 A new 1,000m long tunnel on a disused railway line in the picturesque Wye Valley built as part of a long-running project to transform the track into a cycle path has opened.

This week, 143-year-old Tidenham Tunnel which lies on the old railway line near the National Diving and Activity Centre just outside Chepstow  opened to the public for the first time.

The project to turn the derelict railway tunnel into part of the greenway has been ongoing since 2019.

The idea for a traffic free Wye Valley cycling route first came to light in 2010 as reported by road.cc.

At its deepest point, the 1km long tunnel is around 100m below the surface.

The tunnel has been developed by local contractors and volunteers who camped out around the site as they put up fences, installed lighting, and most importantly - set up bat shelters.

The tunnel was surveyed for 18 months before being opened to the public, as the area is important for lesser horseshoe bats.

Posting on its website, The Greenways and Cycleroutes team said: "Over 70 volunteers contributed over 300 days work between them and achieved all we could have hoped for and more.

"The tunnel is surfaced, and lit.

"It has exit signs and distance markers. We have installed a shield under the ventilation shaft and kerbs to steer people away from the rocky edges too.

"We have installed bat improvements agreed with Natural England including stopping the drafts in roof voids, installing little bat boxes and bricking up some alcoves, and installing baffles above others to create more sheltered places for hibernation, and boarding up the gates to reduce airflow."

Some of the first people to venture through the new tunnel were commuters, off to work in Tintern and Monmouth respectively.

Another was author of the Lost Lanes cycling books, Jack Thurston, who praised the hard work of the local volunteers and posted pictures of his ride on Twitter.

Was among the first people to ride the brand new but long dreamed of Wye Valley Greenway, which opened today, including the 1000m long Tidenham Tunnel, a new traffic-free connection between Sedbury and Tintern. A huge success for local campaigners & volunteers who built it. pic.twitter.com/Y2WjPOVXRD

The South Wales Argus report that construction was funded by the Railway Heritage Trust, the European Agricultural Fund for Rural Development and Enovert Community Trust with contributions from Sustrans, A to B Communities and Greenways generous supporters.

The tunnel will be closed at night and in the winter in order to protect the animals. Lighting within the tunnel will also be kept at a level which is suitable for bats.

In a statement, Gloucestershire Wildlife Trust said: "Please enjoy this special access through some of the UK’s richest, internationally important, ancient woodlands of the lower Wye Valley and remember that not all the woodlands are open access so please check for public rights of way and consent to avoid trespassing or disturbing important habitats for wildlife."