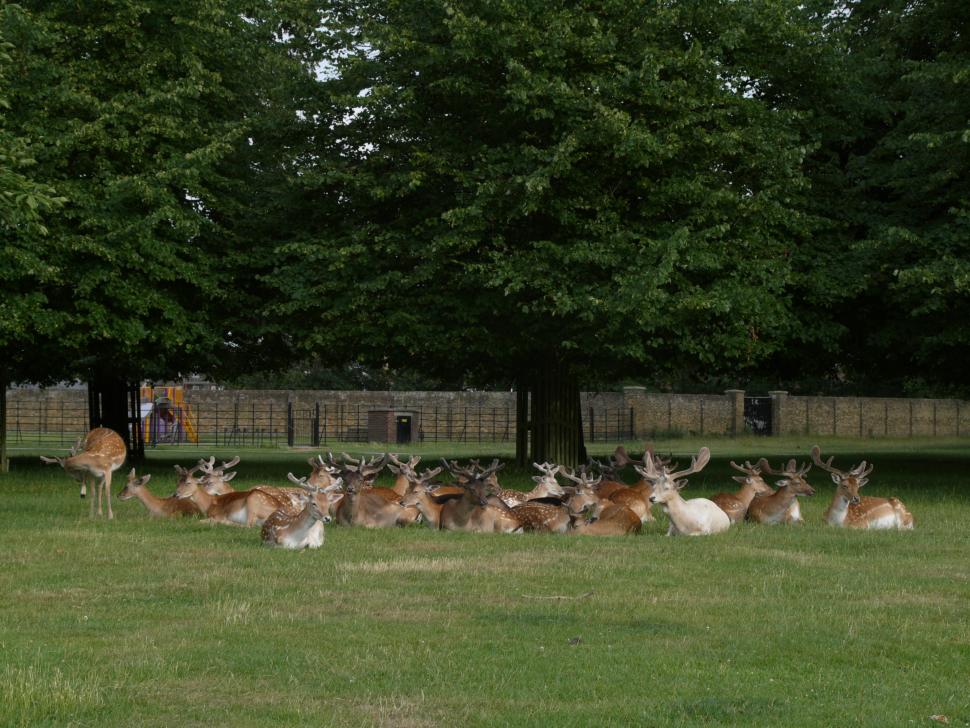 A cyclist in the New Forest was taken to hospital last month after a crash involving three deer in the National Park.

Iain Gee says he had no chance to stop when he saw the animals’ eyes lit up ahead of him as he rode home at around 9.30pm on the evening of 31 March, reports the Advertiser & Times.

The newspaper says that he was riding home from Sway train station after catching a train from London, and travelling at around 15mph when he spotted the animals.

“I literally saw their eyes lit up and the next I was on them, there was no time to stop,” he said.

“They hit me and I was off, splat on the road. My front wheel was buckled, and I was left with a bleeding head and my ribs were in terrible pain.

“The deer ran off unhurt. It was such a shock I didn’t really know what had happened – I just remember seeing the hindquarters of one right by my front wheel.”

Mr Gee, who sustained cracked ribs and bruising as a result of the crash, said that two men in a car stopped to assists him and called 999.

“I was in such shock I didn’t get their names, but I’d like to thank them as they were so good to me. They stayed with me until my partner Gail came and the police turned up.

“The police said there was a long wait for ambulances, so one of the chaps drove me home while the other one helped Gail walk back to our house nearby with the bike.”

He was treated at Southampton General Hospital. “They couldn’t do much for me apart from dose me up with painkillers,” he said.

The former Southwest Trains employee said: “I blame the railway company because the train was 40 minutes late. If it had been on time, I would probably have never even seen any deer.

“The chances of me being hit by a deer are probably one in a billion chance. I just got in their way, and they weren’t stopping.”

And in something that will resonate among any of us who have forked out decent money for cycle clothing, he added: “My only consolation is that I was wearing a decent jacket which didn’t get damaged at all.”

Over the years, we’ve reported on a number of incidents here on road.cc in which cyclists have come a cropper due to deer on the road, sometimes suddenly jumping out in front of them.

Last year, we reported how a man was fined after he lost control of his dog in southwest London’s Bushy Park  and it caused deer to stampede.

As a result, a 10-year-old cycling with his family sustaining a broken rib and head injury when the herd knocked him over.