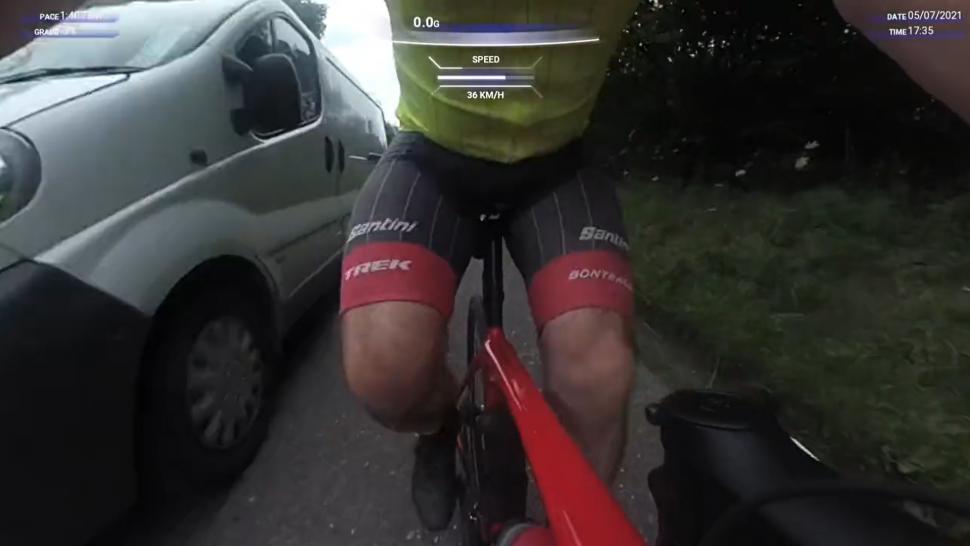 Near Miss of the Day 834: Punishment pass on cyclist lands driver in court

The defence solicitor unsuccessfully argued, as an experienced rider, the cyclist shouldn't have been on the road during rush hour ...
by Dan Alexander

Today's Near Miss of the Day submission comes from across the Irish Sea and landed the motorist a €300 fine and a day in court for careless driving.

Righttobikeit recalls the van driver had been using his horn to try to pressure the driver of the black car, which waited for an appropriate gap in oncoming traffic, to pass before pushing through "aggressively" even with oncoming traffic.

> Near Miss of the Day 833: Oncoming driver forces cyclist to swerve

Moments later when confronted the driver denied ever being on the road, a defence which did not stand up in court...

Court today. Careless driving & €300 fine. He’d been blowing his horn pressuring the patient driver in black car to overtake. Black car took advantage of break in oncoming traffic. He pushed through after aggressively with oncoming. 5 mins later denied he was even on that road pic.twitter.com/9aQosY7vqc

"Mitigating, his solicitor tried to suggest that I was an experienced cyclist and shouldn't be on that road during rush hour. Judge had none of it," Righttobikeit explained.

No. He was suggesting that being experienced I should have known to stay off that road. In so many words