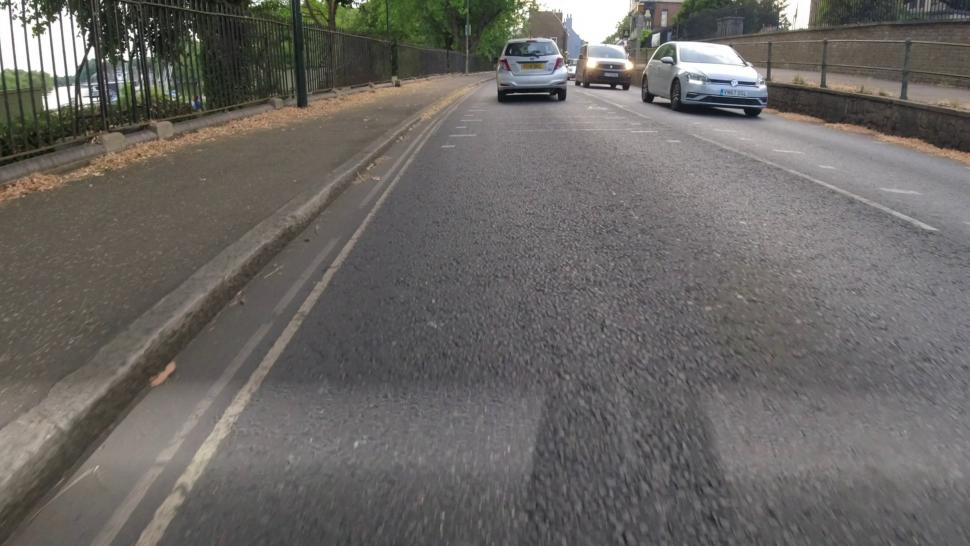 Near Miss of the Day 798: "20-second masterpiece in karma" - a close pass results in a speeding fine

Today’s Near Miss comes from Ollie. In the video that Ollie posted on Twitter a car first squeezes past him only to get two flashes on the speed camera just seconds later.

Sometimes a close pass has immediate consequences and this time, the driver speeding past a cyclist got to experience that.

> Near Miss of the Day 797: Motorist charged with careless driving after overtaking at speed towards oncoming vehicle

In the video that Ollie shared on Twitter, a driver decided to pass him on a 20mph road. They failed to acknowledge the speed limit and got two flashes almost simultaneously to the risky overtake.

Cyclists of Twitter! Would you like something to warm the cockles of your heart this fine evening?

How about a close pass rewarded with an immediate speeding fine? Well here's a 20 second masterpiece in karma.

Ollie's reaction can be heard in the video and in the replies following his tweet, he points out how the speeding was clear as he was doing 20mph, meaning the car had to be going faster.

Yep I was doing 20mph so they must be going 25/30. They were obviously too busy getting in front of the annoying road tax exempt cyclist at all costs that they missed the bright yellow speed camera and white lines on the road. Or they just don’t care 🤷🏼‍♂️

It seems like Ollie isn't alone in what he experienced, as his Tweet also resulted in others sharing their experiences of car drivers being in such a rush to pass cyclists that they completely miss what is ahead on the road.

Subscribe
close pass
Near Miss of the Day
NMotD