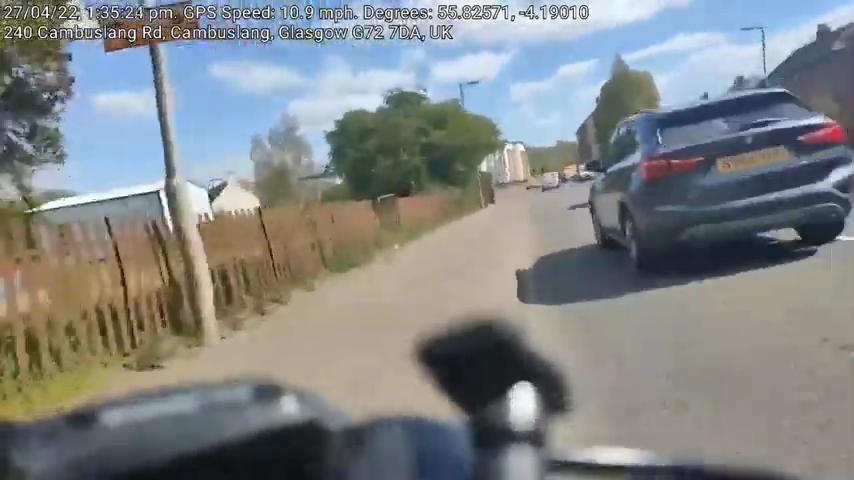 Dangerous Pass by car - inches from hitting me 0-18 screenshot

Near Miss of the Day 799: “I really got a fright,” says cyclist after very close pass

Our regular series featuring close passes from around the country - today it's Glasgow...
by Simon_MacMichael

A road.cc reader who was on the receiving end of a very close pass in Glasgow says he “really got a fright” as a result of the incident.

Scott was riding along Cambuslang Road in the south east of Scotland’s largest city when the driver of a BMW shot past, “inches from hitting me.”

It’s worth bearing in mind that he had his camera positioned on the left hand side of his handlebars, so the distance the driver left is far closer than it may appear from the video.