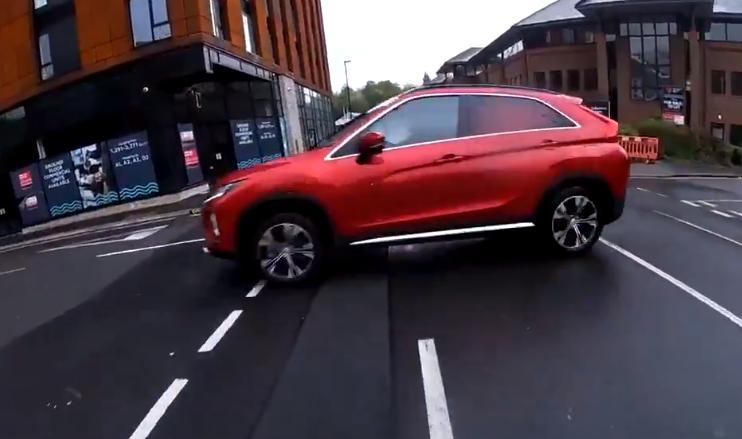 Near Miss of the Day 402: Driver cuts straight across cyclist

This may be one of the scariest videos we've seen among the more than 400 and counting we have now featured in our Near Miss of the Day series ... a motorist who apparently simply did not see the cyclist approaching, and drove across a main road into her path; had the cyclist been a second or two further up the road, the consequences are all too imaginable.

This is one of the scariest encounters I’ve had in years of #cycling in #sheffield. Empty road, I’m lit up like an Xmas tree but still this absolutely dangerous twat could not see me.
Surely this counts as driving without due care or dangerous driving @syptweet ? Surely? pic.twitter.com/9YVdHPJmfS

Helen, who was on her way to her job in the NHS, told us that it happened on Summerfield Street in Sheffield this morning.

“This stretch is downhill so already a nightmare as you have to be on your brakes the whole way down due to these junctions and bell-ends that don’t look,” she said

“I’m used to it, but even by usual low awful standards this was damn scary.”

Subscribe
Near Miss of the Day
NMotD South Yorkshire