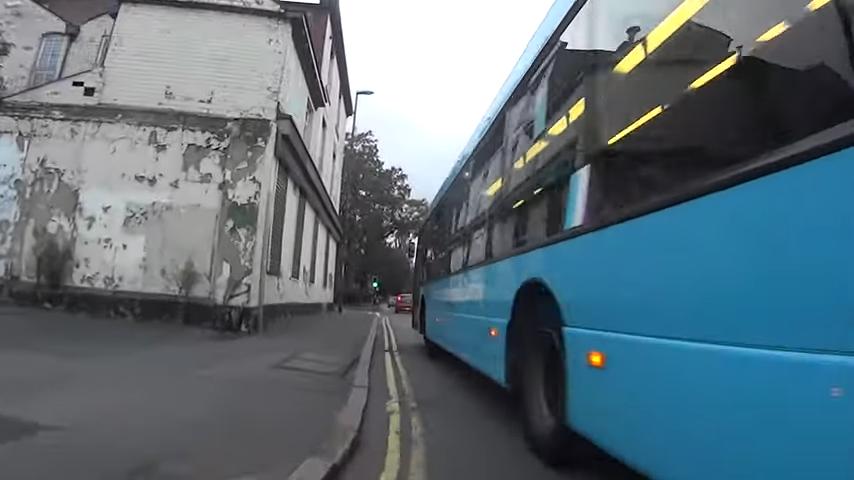 Near Miss of the Day 500: We crunch the numbers as our series reaches a milestone

This week we’re taking a closer look at common themes from readers’ clips of close passes and other incidents they've captured while cycling...
by Simon_MacMichael

Close passes and near misses are regular occurrences for cyclists on UK roads – but of course, that doesn't make them right. Earlier ​this month we published the 500th video in our Near Miss of the Day series, a landmark that has prompted us to take a look back at the videos that have been submitted to the feature by our readers. In the coming days we will be looking at individual themes.

We launched the series in June 2017, a few months after West Midlands Police had launched its award-winning Operation Close Pass and at a time when a number of other police forces across the country were launching their own initiatives.

Over the previous decade, we’d already featured hundreds of clips of drivers putting cyclists in danger, and with readers regularly getting in touch to submit their own footage we took the decision to formalise it as a regular feature on the site.

That enabled us to keep tabs on submissions, with one long-term aim being to build up a body of videos that could then be analysed to draw out some common themes – whether that be in terms of the type of near miss, the locations and kinds of roads where they happen, and what action the police might take in response.

Below are some of the headline takeaways in key areas that we will be exploring in more depth in the coming days.

What type of incident?

Close passes make up the vast majority of submissions we have published – more than two in three, in fact, although within those, there are some variations in the type of close pass.

For example, around 10 per cent of all submissions either involve actual contact being made, typically with a wing mirror, or in aggression on a motorist’s part after the close pass has happened, including getting out of the vehicle to assault the cyclist.

Around 7 per cent of the videos published involve what is clearly intended to be a ‘punishment pass’ – often indicated by the driver leaning on the horn just before overtaking the rider.

A similar percentage involve a motorist deciding to overtake a cyclist despite oncoming traffic, putting the rider, the occupants of vehicles travelling in the opposite direction and, of course themselves, at risk.

Meanwhile, around 4 per cent involve head-on close passes – i.e. where the driver and the cyclist are approaching from opposite directions.

Other areas in which we have seen multiple submissions include near misses on roundabouts, at around 7 per cent of the total, right or left hooks, at 6 per cent, or what is often termed ‘MGIF’ – where a driver ‘must get in front’ of someone on a bike (often turning into a car park or driveway immediately afterwards), which account for 5 per cent.

What type of vehicle?

By type of vehicle, private cars make up around half of the incidents we’ve featured, with 4x4s accounting for a further 7 per cent.

Much of the remainder involves motorists who drive for a living – HGVs make up 12 per cent of submissions, vans 11 per cent and buses 8 per cent.

While those are relatively low percentages, it's unsurprising that some of the most frightening near misses we have seen are those involving larger vehicles, such as lorries.

Moreover, where the motorist is driving a public service or commercial vehicle, that gives the cyclist an avenue of complaint to pursue beyond the police, being the company operating the vehicle, and we'll be taking a look at some experiences there.

Where do they happen?

By police force area, London – patrolled by the Metropolitan Police and, within the Square Mile, the City of London police – dominates, with nearly one in five of the incidents we have featured taking place in the capital.

While the city has a much lower proportion of people cycling regularly than, say, Cambridge or Oxford, the sheer size of its population means that more trips will be undertaken there by bike each day, and it’s also noticeable that we tend to see more videos filmed on commutes than we do from elsewhere.

Thames Valley – covering Berkshire, Buckinghamshire and Oxfordshire – followed by Avon & Somerset come next, followed by Hampshire, Lancashire, Sussex and Wiltshire, each of those areas accounting for between 4 and 6 per cent of the videos we’ve featured, although in part that is due to regular submissions from individual readers living in those counties.

Often, the video is submitted to us at the same time as it is sent to the police (if that happens at all, with some contributors telling us they no longer submit footage based on past experience with the force concerned) so we don’t always know the outcome of any investigation.

In cases where we do, however, we’ll be looking at what action the police took (if any), as well as highlighting individual experienced – good or bad – of cyclists who did submit their footage.

We’ve stressed from the outset that the prime reason we decided to start this series was to highlight examples of poor driving that puts cyclists in danger, and that continues to underpin the series today; we’re aware of cases where action has been taken against drivers who might otherwise have escaped without sanction, and videos we have featured have also been picked up by local and even national media.

We do get asked regularly why we publish the videos, often accompanied by an observation of how they make cycling appear to be more dangerous than it actually is; but if you are a regular cyclist, the likelihood is that you will often encounter situations similar to many of those featured in the series, and we have always believed it would be a mistake to turn a blind eye and ignore the poor driving that puts people on bikes at risk.

And right now, with opposition to initiatives such as temporary cycle lanes, aimed at promoting active travel and protecting vulnerable road users, not just hardening but receiving increasingly regular coverage in mainstream and local media, we feel it is more important than ever to continue to highlight examples of dangerous driving – again, an issue we will explore further in the coming days.