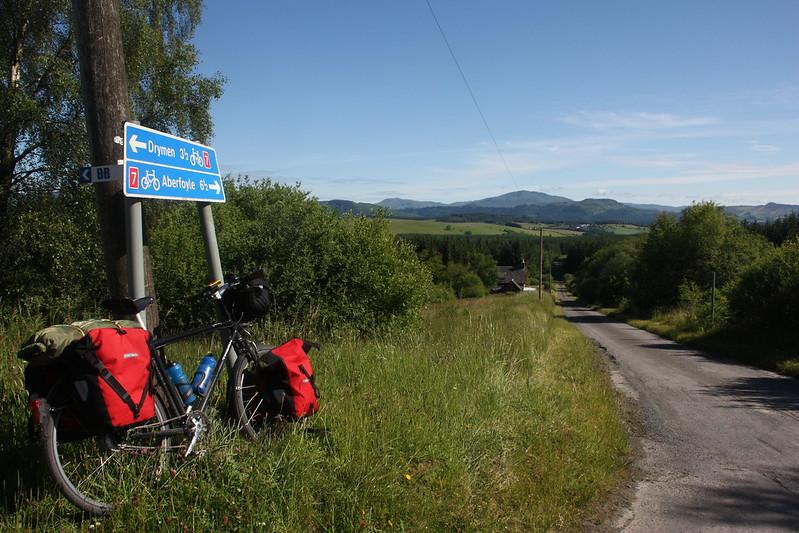 3,000 miles reclassified as better suited to experienced riders, while 750 miles on busy roads disappear altogether from network map
by Simon_MacMichael

Safety concerns have led to Sustrans slashing routes belonging to the National Cycle Network (NCN)by a quarter, with more than 3,000 miles including the popular Sea to Sea (C2C) route and the final 122 miles of the iconic Land’s End to John O’Groats route reclassified as being more suitable for experienced riders, and more than 750 miles axed altogether and removed from the NCN map.

The Bristol-based charity, which develops and maintains the network, says that the changes which also see long-distance, often on-road routes such as the Caledonian Way and Hadrian’s Cycle Route reclassified as ‘Named Routes’ alongside the C2C, will make the NCN “more accessible and provide a consistent user experience.”

Sustrans says that some 12,763 miles on the NCN have now been mapped and are being promoted as suitable for families, disabled people, those with long-term health conditions and novice cyclists.

Some 5,227 miles of those routes – 41 per cent of the total – are on traffic-free paths, while the remainder are on what Sustrans terms “quiet ways,” and it is planned ultimately to bring the distance on routes free from motor vehicles up to 10,000 miles.

Changes to signage on the Named Routes, which are being targeted to “an experienced cycle-touring audience,” are due to take place by next summer. Such routes accounted for 18.6 per cent, or 3,090 miles, of the NCN.

A further 4.5 per cent of the NCN, comprising 753 miles on busy roads shared with motor traffic, have been taken off the map and will have signage removed since “they fall too far short of the quality standards Sustrans aspires to.”

The Ordnance Survey’s map layer of the NCN has already been updated with the changes, as highlighted in this tweet from the All Party Parliamentary Cycling & Walking Group.

New map published with reclassified National Cycling Network routes - 4000 miles have been removed from the network.https://t.co/Rwi1A5ngDV

Xavier Brice, CEO of Sustrans, said: “The National Cycle Network is a vital part of the UK’s green infrastructure, connecting people to places and to one another, providing family-friendly spaces and boosting local economies.

“The move to differentiate paths and routes will help us offer more targeted and relevant information on the paths for everyone choosing to walk, cycle and wheel.

“It’s also an opportunity to promote routes as leisure cycling destinations in their own right and build the UK’s cycle touring offer to both domestic and international audiences.

“Supported by our partners and volunteers, we continue making the Network better and more accessible for everyone, with 80 schemes being delivered and more in the pipeline.

“We’re asking national and local governments to recognise and incorporate the Network in national planning policy so that all new developments make the best use of, and connect up to the Network.

“Together, we can move towards our 2040 vision of paths for everyone,” he added.

The changes to the NCN, which came into effect yesterday, followed a two-year review which resulted in the Paths For Everyone report, published in November 2018, which highlighted serious shortcomings in the network, which besides cyclists is also aimed at walkers, joggers, horse riders and people in wheelchairs.

Issues identified included less than half of the NCN being suitable for a child aged 12 to ride alone, barriers that prevent people on adapted or non-standard bikes or with prams to use some routes, poor signage, and some sections being made difficult to travel on or even impassable at times through mud or water.

Formally launched with the help of National Lottery funding in 1995, the NCN – like Sustrans – can trace its roots back to 1977 and the volunteer let campaign that led to the creation of the Bristol & Bath Railway Path.