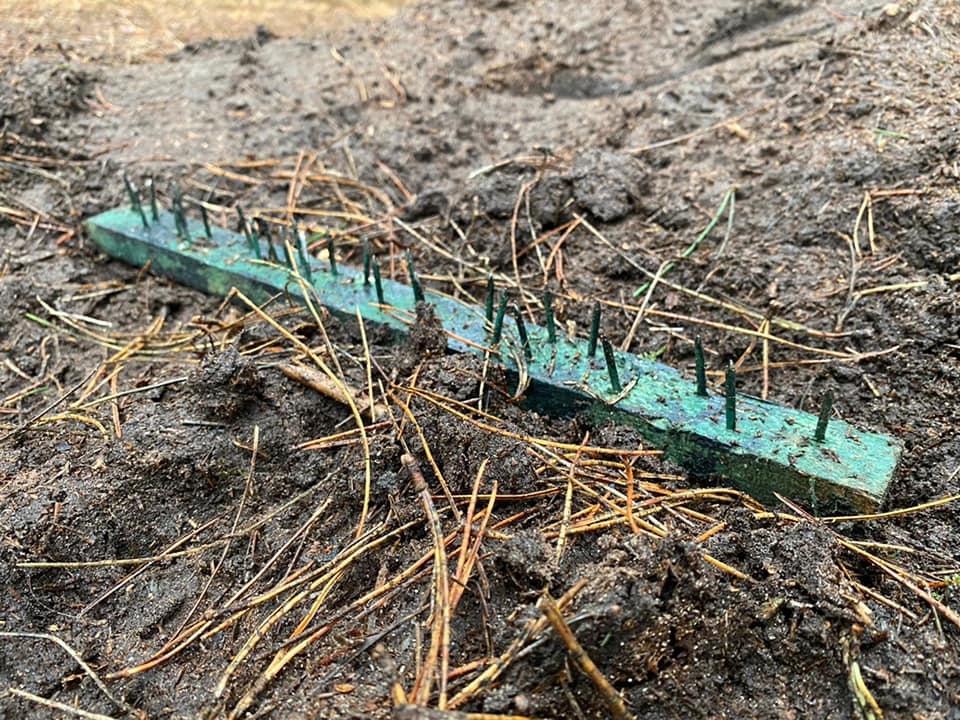 Cyclists in woodland near Warrington in Cheshire have been targeted this weekend by someone laying wooden boards with nails sticking through them on a popular trail.

Facebook user Nick Caldwell posted pictures of the traps on Friday to the Appleton Thorn Village group on the social network.

In the post, he said: "For all those who may use Daresbury Firs for exercise.
There’s a malicious moron loose!

"These have been found today buried in Daresbury Firs, presumably to ‘deter’ cyclists but putting all who use that area for exercise, and their pets, at serious risk of injury."

On Saturday, he updated his post to say that police had been in the area that morning.

"Not sure how far the police are on with their investigation but we now know who the perpetrator is and where he lives," he said.

Nick told road.cc on Sunday: "I believe one of the local MTB riders has had a heated conversation with the perpetrator during which he admitted to making and planting the devices and threatening to do it again! What a prick!

"Having discovered who is responsible I intend to refer it via Crimestoppers and point them in the right direction.

"However, there was a police presence in Daresbury Firs the morning after I posted, hopefully looking for other devices rather than just evicting cyclists."