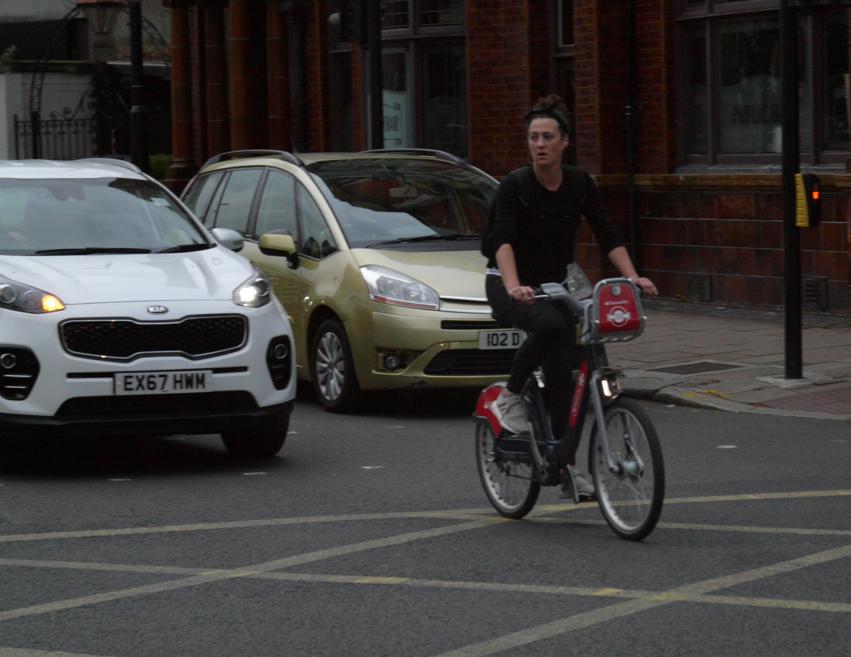 Usually, when we hear of motorists being advised to give cyclists a certain amount of room, it’s in the context of overtaking – so we were rather surprised when road.cc reader Brent told us of an advert he had seen on YouTube from an insurance company in Canada that says they should allow bike riders one metre of space when driving behind them.

In a page on its website entitled Driving and Bicycle Safety Tips, Toronto-based TD Insurance, one of Canada’s biggest insurers, tells motorists to “Maintain a safe distance of one metre behind cyclists as they do not have brake lights to indicate when they are slowing down or stopping.”

That certainly doesn’t seem a “safe distance” to us, and with good reason. Take a vehicle being driven at 20mph.

The minimum stopping distance at that speed is 40 feet, equivalent to 12 metres – and half of that distance, 6 metres, reflects the distance travelled in the time it takes the driver to see a hazard, assess the situation and apply the brakes (assuming he or she is not distracted at the time).

And stopping distance increases with speed; at 30mph, you’re looking at a thinking distance of 9 metres and braking distance beyond that of 14 metres for a total of 23 metres.

What we suspect has happened here is that whoever compiled the list of advice conflated the issue of minimum passing distance with that of keeping a safe distance back when driving behind cyclists – take a look at this section from the Ontario Driver’s Handbook, the equivalent to the UK’s Highway Code in the province where TD Insurance is based.

When passing a cyclist, drivers of motor vehicles must maintain a minimum distance of one metre, where practical between their vehicle and the cyclist. (See Diagram 2-11.) Failure to do so may result in a fine and an additional two demerit points on the driver’s record. Whenever possible, you should change lanes to pass.

Do not follow too closely behind cyclists. They do not have brake lights to warn you when they are slowing or stopping.

Cut out chunks of that text while seeking to produce a precis and it’s not difficult to see how the two issues can become confused if the person summarising it isn’t paying sufficient attention.

Among the advice given to cyclists, by the way, is to “Be distraction-free” – examples given include not using a mobile device or headphones, although in our experience, having a motor vehicle a metre off your rear wheel is pretty distracting too.