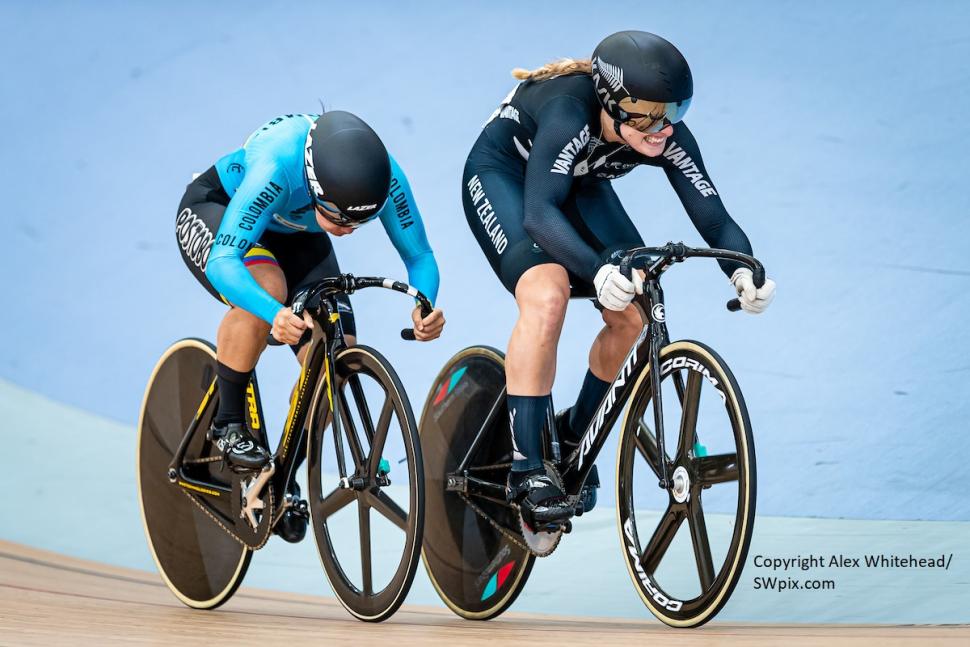 Track sprinter Olivia Podmore, who raced at Rio 2016 but was not selected for Tokyo, was found dead yesterday
by Simon_MacMichael

The mental health of elite athletes is again in the spotlight after New Zealand track sprinter Olivia Podmore was found dead yesterday.

The 24-year-old, who raced for her country at the Rio Olympics in 2016 but was not selected for Tokyo, had written on social media in recent days about the stress of competing at elite level.

Following her death, Cycling New Zealand, the country’s national governing body, has said that it will review the support it provides athletes, reports Reuters.

Police say that her body was found at a property on Waikato, North Island, at around 4pm on Monday, and Reuters reports that she had earlier contacted support services provided to athletes.

In a press conference, Cycling New Zealand chief executive Jacques Landry said: “Right now for us it’s about focusing on the wellbeing of the people who are here and having to deal with this loss.

“There will be a time for us actually to review and look at if and where we would have had missteps or where we didn't act properly.”

Her friend Eric Murray, an Olympic champion rower at London 2012 and Rio 2016, had been with her on Monday and said: “I wish she had said something. We have lost a sister, a friend and a fighter who lost that will of fight inside of her.

“If you had seen her in the last 72 hours, you wouldn’t have thought this could happen. That’s why there’s so much talk about mental health at the moment.”

Podmore won a silver medal in the team sprint in the junior track world championships in Astana, Kazakhstan, in 2015, and took bronze in the time trial at the same event.

At the Rio Olympics, she competed in the team and individual sprints as well as the keirin, and also represented her country at the 2018 Commonwealth Games on Australia’s Gold Coast.

While she achieved the qualification standard for Tokyo, she was not selected by Cycling New Zealand for the Games.

News of her death comes at a time when the mental health of top-level athletes is under scrutiny, following the withdrawal at the French Open earlier this year of tennis player Naomi Osaka, who lit the Olympic flame at the opening ceremony in Tokyo less than three weeks ago.

At the Olympics, the American gymnast Simone Biles, expected to be one of the stars of the Games, surprisingly withdrew from the team competition as it began, citing mental health issues. She later returned to take a widely applauded bronze medal on the beam.

Within cycling, the mental burdens that accompany top-level competition have led to high-profile riders such as Marcel Kittel and Peter Kennaugh to retire early in recent years, and Mark Cavendish has also spoken at length of the pressure he came under as he struggled with illness and injury.

Team GB track cyclists including Victoria Pendleton and Callum Skinner have also highlighted the pressures elite riders are subjected to, and the effect on their mental wellbeing.

In 2019, the American three-time team pursuit world champion Kelly Catlin took her own life at the age of 23.

The Rio Olympic silver medallist had sustained a concussion following a crash the previous year, with her family saying that her personality appeared to change afterwards.

They subsequently set up a fund in her name to help develop cycling in her home state of Minnesota, as well as donating her brain to Boston University's Chronic Traumatic Encephalopathy Center to try and establish whether the head injury was a factor in her decision to take her life.