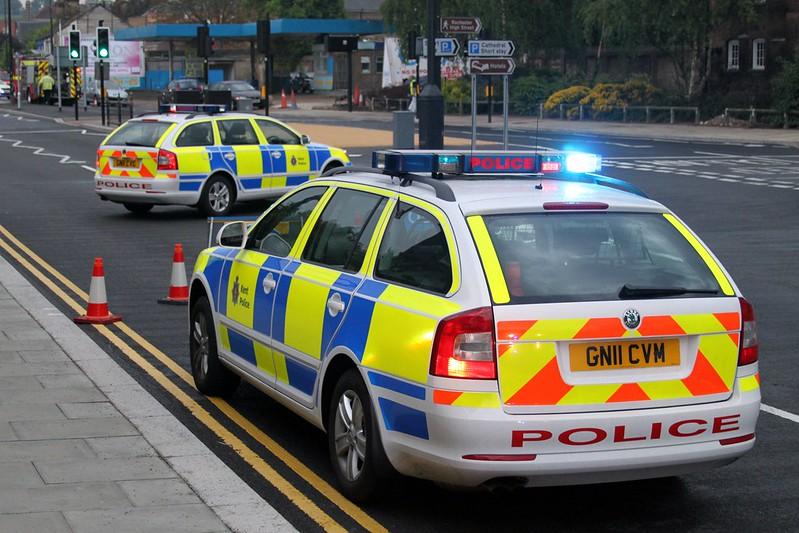 Journalists urged to avoid word “accident” and use “crash” or “collision” instead, and acknowledge role of drivers
by Simon_MacMichael

A set of guidelines on how media organisations should report on road traffic collisions is now open for consultation, including recommending that journalists avoid the word “accident” and use “crash” or “collision” instead, and acknowledge the role of drivers in such incidents.

The draft guidelines have been drawn up by the University of Westminster’s Active Travel Academy following input from representatives of national roads policing, legal, academic and media experts, the National Union of Journalists’ ethics council, RoadPeace and Cycling UK.

Supported by active travel and road safety organisations, the draft guidelines seek to establish a standard for broadcasters and publishers reporting on collisions.

All too often crashes are described as “accidents” involving “a car” rather than “a driver” and vulnerable road users sometimes portrayed as being somehow to blame, for instance when it is highlighted that a cyclist was not wearing a helmet.

Guidelines for the media already exist for reporting on issues such as suicide, refugees and children, but not for road traffic collisions despite 1,700 people being killed and thousands more sustaining life-changing injuries on Britain’s roads each year.

The misinterpretation or misrepresentation of such incidents in the press leads to confusion within public debate on the issue, with a knock-on effect on tackling road crime and improving road safety, says the Active Travel Academy.

“Research shows that how crashes are reported shapes how we think about and respond to them, sometimes in quite problematic ways,” explained Professor Rachel Aldred, director of the Active Travel Academy, “so it is crucial that journalists have guidance helping them with current best practice around road collision reporting, as exists for other issues such as suicide and domestic violence.”

The four main clauses of the guidelines are as follows:

1.1 Impartiality: Publishers must not use the term accident when describing road collisions – collision, or crash, are more accurate, especially when the facts of the incident are not known

1.2 Discrimination: publishers must avoid using negative generalisations of road users, and must not use dehumanising language or that which may incite violence or hatred against a road user in comment and news coverage

1.3 Accuracy: Coverage of perceived risks on the roads should be above all accurate, based in fact and context. Publishers should make mention of human actors in a collision, and avoid reference to personal protective equipment, such as hi-vis and helmets, except when demonstrably relevant

1.4 Reporting on crime: Publishers must avoid portraying dangerous or criminal behaviour on the roads, such as speeding, as acceptable, or those caught breaking the law as victims.

Chris Boardman, British Cycling policy advisor, commented: “Having worked for nearly two decades to get people riding bikes for health, leisure and utility journeys, I can say categorically, that reporting of cycling activity and particular incidents, has a huge influence on perception.

“For good or ill, words really do matter, they paint a picture and influence both how we feel about a topic and how seriously we take a crime.

“My British Cycling colleagues and I have been frustrated for years about how tragic occurrences are often painted as unavoidable accidents rather than the result of very avoidable criminal behaviour.

“So we very much welcome that this topic is at last being addressed and that guidelines are being crafted to ensure those who are truly responsible for road violence are the ones in the spotlight.”

The consultation, which can be found here, closes at midnight on Sunday 8 November. After responses have been assessed by a working group, the Road Collision Reporting Guidelines will be officially launched at the 2019 Active Travel Media Awards on 26 November 2020.

The barrister Martin Porter QC said: “Reporting Guidelines for journalism about road traffic crashes and criminal offences committed on our roads are long overdue and of vital importance.

“Language matters. The language of journalists, with any accompanying prejudices and assumptions, are so easily imported into the attitudes of road users and into our criminal and civil justice systems.

He added: “It may seem harmless to speak of vehicles speeding, running lights or running people down, thereby implying no human responsibility, or of cyclists with broken arms and legs not wearing a helmet but the knock on effects contribute to increased danger on our roads and to failings throughout the justice system.

“Keeping these guidelines firmly in mind will be so valuable in raising the quality of journalism, debate and public attitudes when dealing with road danger and justice.”