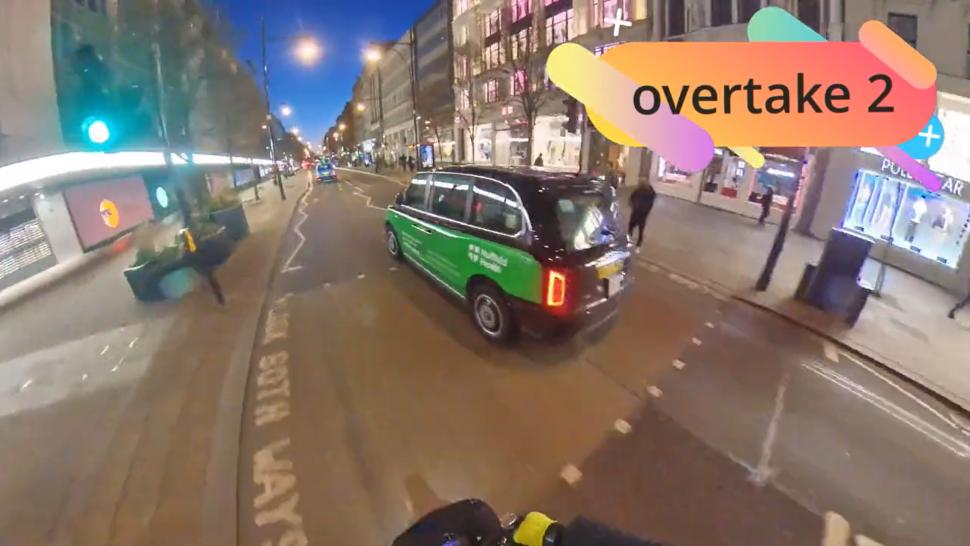 Jeremy Vine: There's a strong argument vehicles should not be allowed to overtake bicycles in cities

"It's pointless to overtake a bike in a city"...
by Dan Alexander

Broadcaster and outspoken cycling advocate Jeremy Vine has prompted a discussion about how road users share space in urban environments, and suggested vehicle drivers overtaking cyclists in cities is "pointless".

Accompanied by one of his now-famous 360-degree camera videos, in which a taxi driver overtakes him five times only to drop back behind the cyclist at traffic lights, Vine said, "there's a strong argument that motor vehicles should not be allowed to overtake bicycles in cities.

"If you watch this clip from my commute, you'll see there is no point whatsoever in any of this driver's five overtakes — even with the roads clear.

"No complaints about the cab driver: he never passed too close. But why can't he see: even without traffic, it's pointless to overtake a bicycle in a city?"

There's a strong argument that motor vehicles should not be allowed to overtake bicycles in cities. If you watch this clip from my commute, you'll see there is no point whatsoever in any of this driver's FIVE overtakes — even with the roads clear. pic.twitter.com/sbRtBSEULH

It was to be expected that the Vine on 5 host's eye-catching suggestion would be challenged by those who disagree, with Vine summarising his argument in response.

"The argument is that a bicycle is faster, so every single overtake he does will have to be repeated. And as you see from the film, even though he is quite a good driver, all overtaking involves a slight increase in risk," Vine tweeted.

"I think my point is that any overtake bears risk, and they should be avoided if possible, and the clip clearly establishes that motor vehicles are slower than bicycles, so it's best for him not to overtake me at all."

Despite the inevitable anger in many replies to the broadcaster's suggestion, some agreed with the sentiment of the point.

Rory Meakin said: "This video illustrates quite well how, for most journeys in cities, cycling is faster than driving. Sure, the top speed in a car is higher, and if you’re driving at 2am mainly on a 40mph+ road driving will be quicker. But for most trips it’s ill-suited"

Irish Fine Gael politician Ciaran Cannon insisted the idea bikes are faster than cars at getting from "Point A to Point B" in urban environments is "not up for debate, it's just a fact".

Let’s explain what’s happening here. If you want to get from Point A to Point B in any inner city setting, a bike is faster. Not up for debate, it’s just a fact. See below for average car speeds in larger cities at rush hour. A cyclist beats those without even breaking a sweat. pic.twitter.com/GZNcy5iKA3

Vine regularly shares videos on social media of footage captured while he cycles around the capital, including dangerous driving, celebrity encounters and basically anything and everything interesting.

He is also a regular on his penny-farthing, and was taken to hospital and left with a black eye after falling from his high wheeler last month.

The week before his penny-farthing fall, Vine shared footage of a high-speed overtake in a 20mph zone, which he said "not meaning to overdramatise [...] the closest I've come to dying on my bicycle."