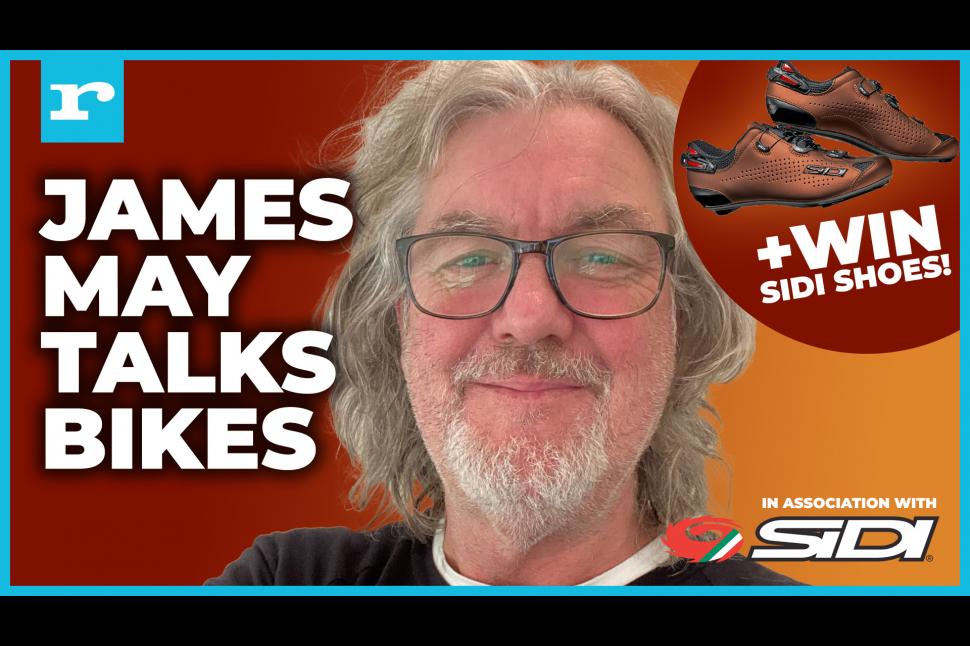 James May Drink at your Desk

James May: “I can’t stand road sectarianism – it’s all b*llocks”

“We’ve got enough common enemies – we don’t need to fall out with each other” says Grand Tour host in exclusive video interview with road.cc
by Simon_MacMichael

“I can’t stand road sectarianism – it’s all b*ll*cks,” says James May in an exclusive video interview with road.cc in which the Grand Tour and former Top Gear presenter also talks about his lifelong love of cycling, his favourite bikes past and present, and the common mistake many bike riders make that he believes should see transgressors “put in prison.”

In the latest episode of our Drink at Your Desk in association with SIDI series, the TV presenter and journalist also explains why he believes the bicycle is “mankind’s greatest invention,” as well as which item used by many cyclists he would happily consign to Room 101.

Speaking to road.cc’s Dave Atkinson and Liam Cahill, May reveals that “the thing I can’t stand, I’ve railed against this before [is] road sectarianism because it’s feeble minded.

“Supposedly bus drivers hate taxi drivers and car drivers hate cyclists, but cyclists hate people on electric scooters and so it goes on and on and on,” he says.

The us-and-them, cyclists-versus-motorists narrative is one of course that is played out regularly in the media, whether on radio chat shows, or indeed on TV or in newspaper columns – and certainly here on road.cc we’ve covered a few of the latter over the years penned by May’s Grand Tour co-host, Jeremy Clarkson.

May acknowledges the attraction for outlets in pitching such stories in those terms, but insists that there are more factors that unite all road users, whichever form of transport they are using, than divide them.

“It’s a great story for the media because they like to get a famous radio personality on there ranting about bikes and taxi driver ranting about how he or she has to make a living,” he says.

“People just need to accept the fact that we’ve got enough common enemies. To be honest, if you're riding a bike or driving car or using a motorcycle or a scooter, things like potholes, bad road markings, badly parked things, roadworks, bits being constantly dug up, all these things annoy all of us, and we have those in common.

“We don't need to fall out with each other about it,” he adds. “I find it very feeble.”

You can watch the full, hour-long interview with May on the road.cc YouTube channel by simply pressing play at the top of this article. Don't forget to subscribe to our channel of course, and comment on the video telling us where Sidi are from for the chance to win some stunning Sidi Shot 2 shoes!