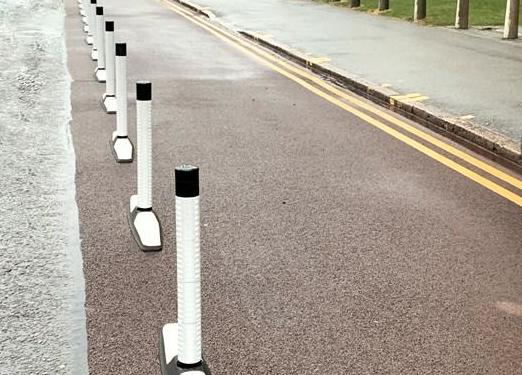 “He who shouts loudest is no way to operate”: public overestimates bike lane opposition by 50% finds new Cycling UK research

Cycling UK has expressed concern that the “loudest voices” are having undue influence on decisions relating to new cycle lanes. New research commissioned by the charity has revealed that people overestimate public opposition to such schemes by more than 50 per cent.

Experts have said that it is often a vocal minority who are fighting new cycling infrastructure, yet there have been any number of occasions where new schemes have been cancelled or reversed following a handful of complaints.

Cycling UK is concerned that councils often pay disproportionate attention to the loudest voices and that this is having an undue influence on decision making.

The charity cites Kent as an example, where a third of new active travel schemes have been removed following vocal local opposition.

“‘He who shouts loudest’ is no way to run public policy – especially when it’s not representative and has such a negative impact on safety, the environment, local economy and public health,” commented head of campaigns, Duncan Dollimore.

Earlier this month, a government survey found that 65% of people in England support reallocating road space to cycling and walking in their local area, while as many as 78% support measures to reduce road traffic.

The Cycling UK-commissioned poll, which was carried out by YouGov, found that half of the UK supported government schemes to encourage people to cycle and walk more (56%), while a fifth opposed them (19%) and only a tenth strongly opposed them (10%).

However, when asked their views on whether the public was in favour of such schemes, there was a dramatic shift. Almost a third of respondents (29%) thought the general public was opposed to them. Estimates of public support for government schemes were also considerably lower (33%) than the actual levels of support when people were asked their own views (56%).

Similarly, while close to four fifths of UK residents (79%) saw the amount of motor traffic as the primary reason for congestion, only 26% thought bike lanes contributed – marginally lower than those who thought an increase in home delivery services (27%) were to blame.

Just under two thirds saw driving short, local journeys (59%) as a further contributory factor and just over half cited the number of vans and lorries on the road (52%).

Cycling UK’s head of campaigns, Duncan Dollimore said: “Cycling UK is concerned councils’ overestimation of opposition to bike lanes and other means to ensure people can travel safely and children go to school without risk or danger is preventing proper analysis of the evidence. But too many councils are overestimating the opposition to these schemes and overlooking the evidence.

“In recent months Cycling UK has seen multiple reports of people claiming there is widespread opposition to the building of new bike lanes, but this and other surveys shows there’s nothing widespread about it – just a small number of loud voices.

“This survey shows people clearly want safer, cleaner streets where they feel confident their children can play and exercise without threat of danger, but they overestimate public opposition to bike lanes massively.”

The government last week allocated another £175m from the £250m emergency active travel fund to local authorities in England.

New guidance released alongside the funding emphasises the need for public consultation before constructing schemes.

“I absolutely welcome more consultation because we know that this is something people want,” commented Greater Manchester’s Cycling and Walking Commissioner Chris Boardman.