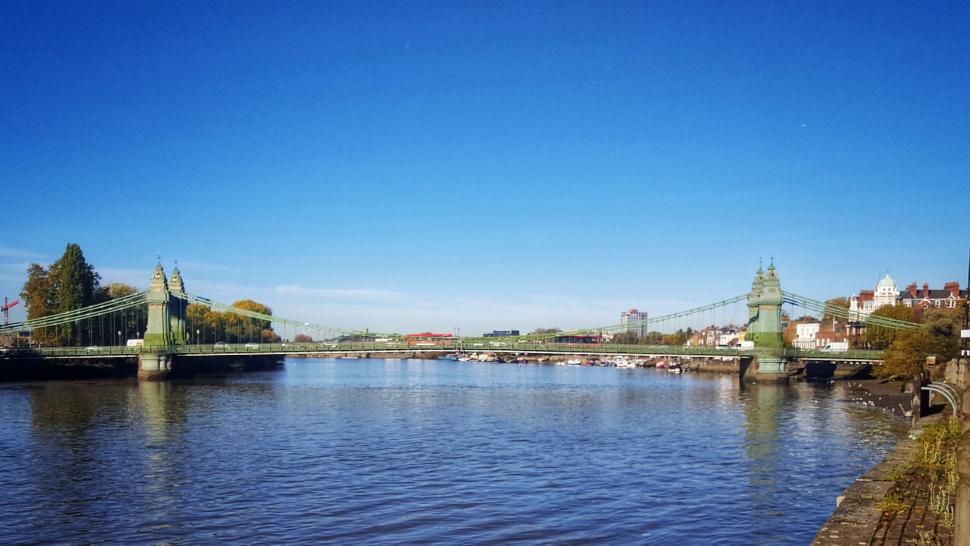 Ferry service for cyclists and pedestrians is planned in the meantime, with aim to start service in the spring
by Simon_MacMichael

Hammersmith Bridge ​will remain closed to motor vehicles until 2027 – although it may be reopened to cycling and pedestrians as early as next year, with plans for a ferry to enable people to cross the Thames by foot or on bike in the meantime.

The bridge was closed to motor traffic in April last year following concerns about the ability of the 133-year-old structure to bear the weight of the 22,000 vehicles travelling across it from Hammersmith to Barnes each day.

Cyclists and pedestrians were still able to use it until it was fully closed in mid-August this year, with boats also banned from passing underneath, after it was found that cracks in the structure had worsened as a result of the summer’s heatwave.

The closure of the bridge means that motor traffic has to use Putney Bridge to the east or Chiswick Bridge to the west. The Barnes railway bridge, which has a footbridge running alongside it, is an option for people on foot or on bike, but bicycles have to be carried up and down the stairs.

The date when the bridge is expected to fully reopen was revealed this week at a public meeting of a taskforce set up last month by the Department for Transport (DfT) working alongside Hammersmith & Fulham Council, which is responsible for the structure, and Transport for London (TfL), reports the Evening Standard.

Project director Dana Skelley, outlining the timetable of the works, said that once funding for a ferry service had been obtained, it would take 66 working days to put a temporary ferry service in operation, with plans for it to start service next spring.

A four-month assessment would then determine whether the bridge, a major commuting and leisure route, could then be opened for cyclists and pedestrians, depending on its condition.

A further 30 months of strengthening works would then be needed before cars and buses could use the bridge again, costing £80 million.

The saga of the bridge closure has become something of a political football, with Prime Minister Boris Johnson last week blaming his successor as Mayor of London, Labour’s Sadiq Khan, for the problems.

At Prime Minister’s Questions last week, Johnson told the Liberal Democrat MP for Richmond Park, that the closure is “thanks entirely to the incompetence of the current Labour Mayor of London, and that Shaun Bailey, the Conservative candidate, is going to reopen it, which is the best thing possible.”

However, Hammersmith & Fulham Council, which is responsible for the bridge, says on its website that “Over the last 18 months, TfL has made a series of bids to government for funding of the Hammersmith Bridge works which have all be rejected.

“On 24 August 2020, the Leader of Hammersmith & Fulham Cllr Stephen Cowan and Cllr Gareth Roberts, Leader of Richmond Council, sent a joint letter to the Prime Minister asking for the government’s financial support,” it added.

London’s deputy mayor for transport, Heidi Alexander, has said that “some form of toll may be required” to restore the bridge to full operation, adding, “I recognise that if we're going to find a solution to funding this bridge then we need to look at all options.”