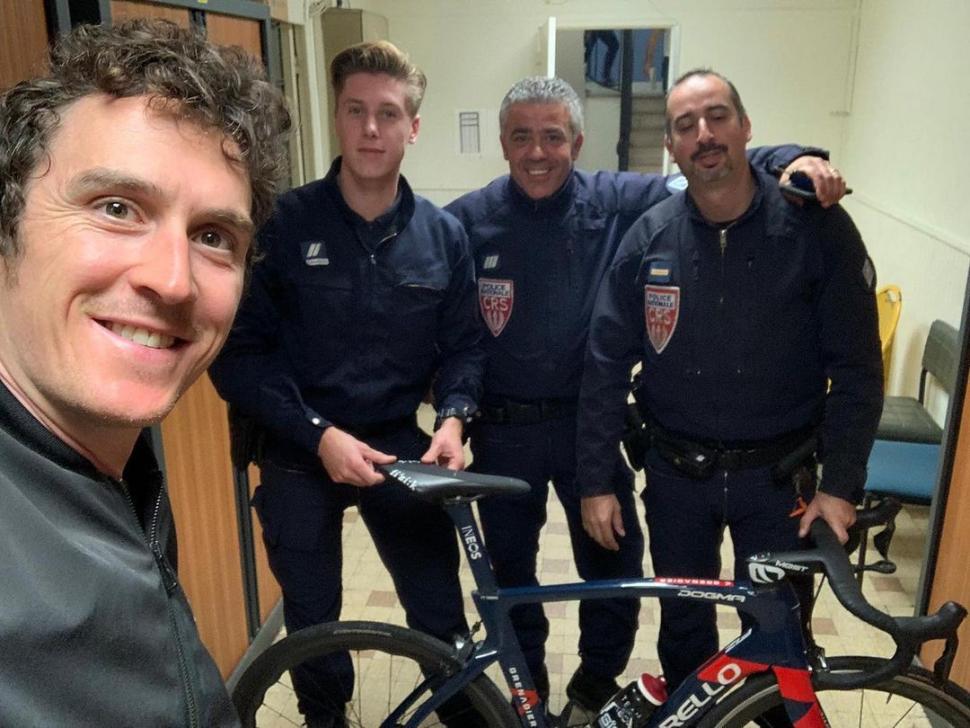 Many of us unfortunately know that sinking feeling when our pride and joy gets nicked – and it turns out that Tour de France winners living in Monaco aren’t immune to it either.

Ineos Grenadiers star Geraint Thomas tweeted earlier today that on a ride along the Riviera, his "Pinarello Dogma F with F12 stickers" had been stolen outside a coffee shop in Menton, the lemon-growing town on the Riviera just shy of the Italian border.

Back home in a car it was, then, for the rather pissed-off looking Welsh ace.

As for those “random mismatched wheels,” going by this recent pic, the front one is a Shimano Dura-Ace C40 ... the rear wheel, though is by Princeton Carbon Works and alone costs more than many of us will ever spend on a complete bike. 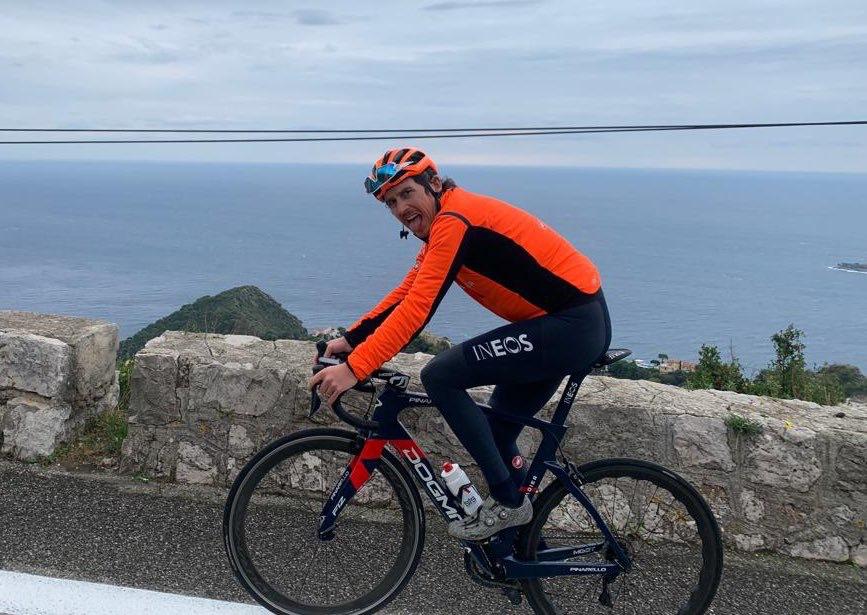 But unlike many such tales of bike theft, this one at least had a happy ending, thanks to the local police, who will also have a nice story to tell over a pastis or two when they get off shift this evening.

Hopefully it didn't spoil his Sunday too much and he managed to enjoy a gripping Welsh win over Fiji in the autumn rugby internationals.

If only all bike theft stories, whether the victim is an Olympic gold medallist and Grand Tour winner or not, had such a positive result…