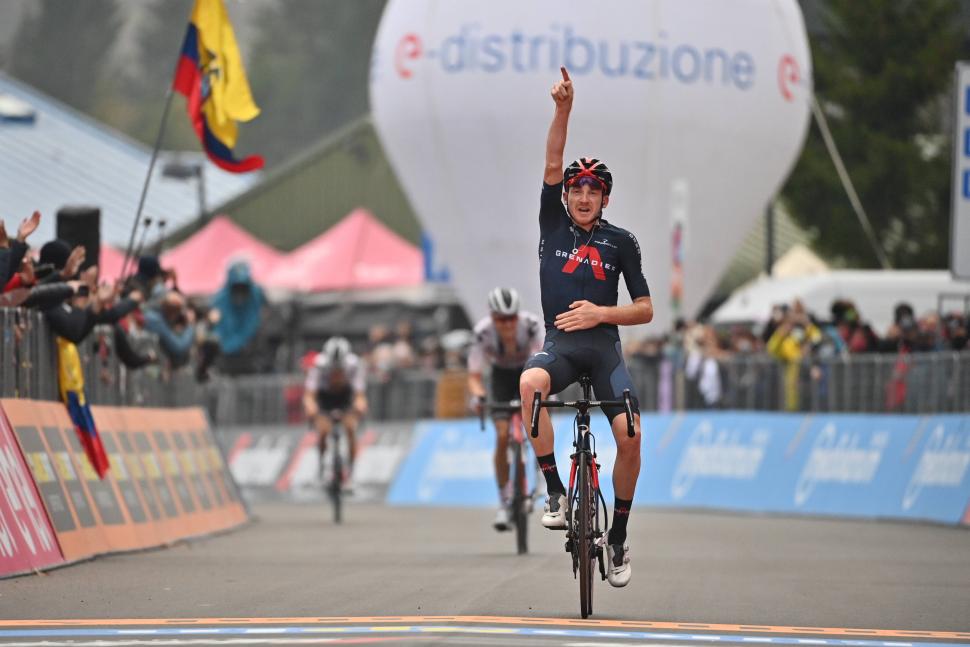 Tao ​Geoghegan Hart has won today’s Stage 15 of the Giro d’Italia at Piancavallo, the Ineos Grenadier rider moving into fourth place overall behind Joao Almeida of Deceuninck-Quick Step, who retains the overall lead after digging in deep on the final climb to limit his losses to his closest challenger, Wilco Kelderman of Team Sunweb.

There was a spectacular start to the 185-kilometre stage at the Rivolto air base, near Udine, home of the Italian air force’s  Frecce Tricolori aerial display team whose planes trailed plumes of red, white and green smoke over the riders and the race convoy. 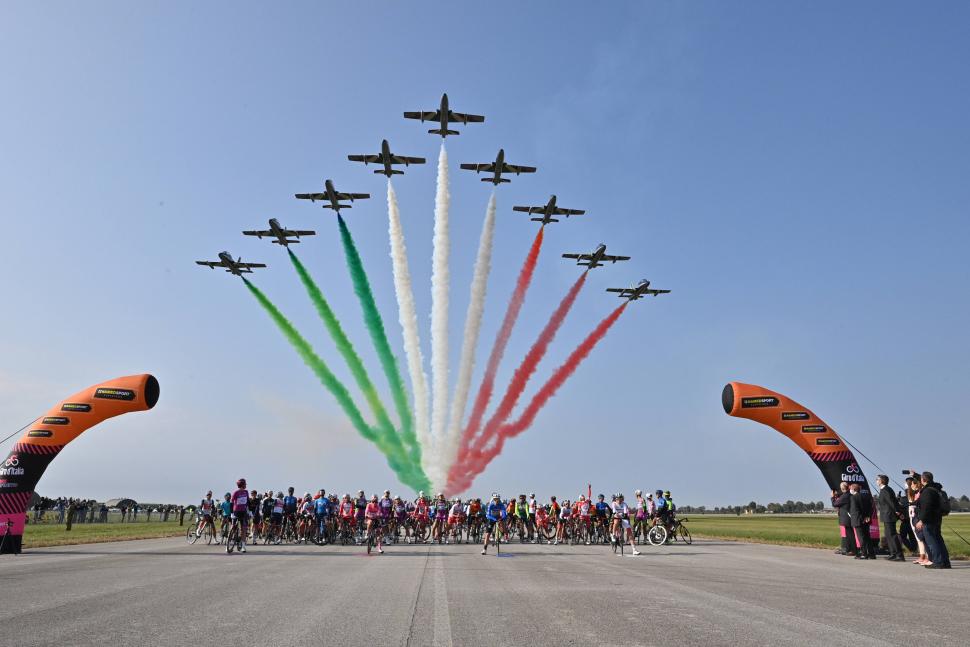 The subsequent pyrotechnics on the tough final climb came courtesy of Team Sunweb, their devastatingly powerful riding putting almost all the overall hopefuls into trouble, including former Giro d’Italia champion Vincenzo Nibali of Trek Segafredo, who drops two places to seventh overall, 3 minutes 25 seconds down on the leader.

Only Geoghegan Hart proved strong enough to stay with the final Team Sunweb pair, Kelderman and the Australian rider, Jai Hindley, and neither was able to match his kick for the line as he rode to his first Grand Tour stage victory and the biggest win of his career to date.

Almeida – like the Briton, a product of the Hagens Berman Axeon development squad run by Axel Merckx – finished fourth, 37 seconds later, riding much of the final climb alone, his face betraying the effort he was putting in to hold onto the maglia rosa.

The Portuguese rider leads Kelderman by 15 seconds, with Hindley third, 2 minutes 56 seconds behind the Deceuninck-Quick Step rider, and Geoghegan Hart 1 second further back in fourth place ahead of tomorrow’s rest day.

The race is due to end in Milan a week today, and the 25-year-old Londoner is now back in contention for not only a podium place, but potentially the overall victory itself in a race where his team lost its leader, Geraint Thomas, to injury after he crashed on the third stage.

Today is the team’s fifth stage victory in this year’s race, with Filippo Ganna dominating both time trials to date and also winning Stage 5 at Camigliatello Silano, while Jhonatan Narvaez triumphed at Cesenatico on Thursday’s Stage 12.

“I can't believe it, we have had a really tough Giro to date after losing Geraint Thomas, but this team is extraordinary and we are all showing what we're capable of stage by stage,” said Geoghegan Hart after his victory, which he celebrated by pointing to the sky in memory of sports director Nicolas Portal, who died last year.

“Everyone knows what a great influence Nico Portal had on the team and for me in particular,” he continued. “Every day we ride, we are remembering him.”

Almeida added: "It was a very hard stage, the three riders on the front on the final climb were too fast for me. I know my body and my limits, so I had to drop back. I'm happy to have managed to save the maglia rosa, once again thanks to my team.”