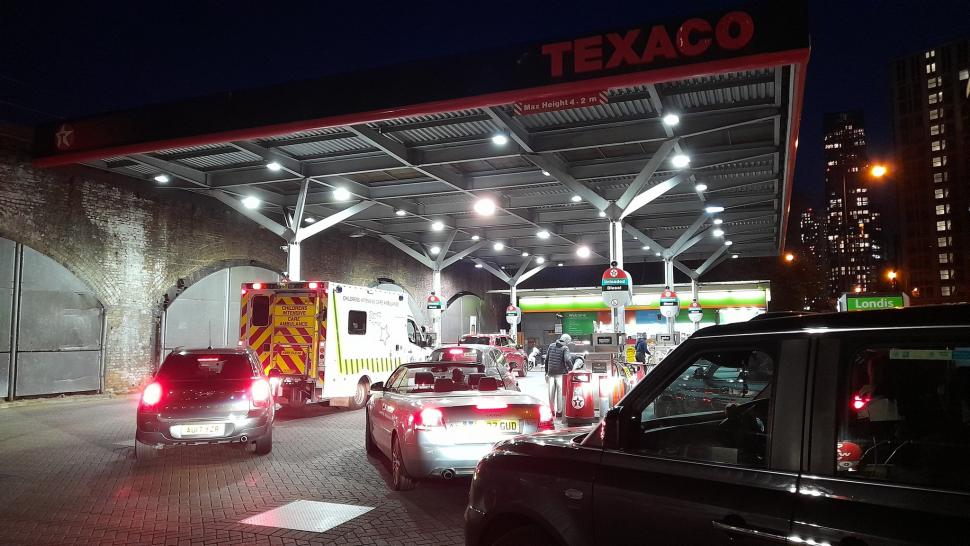 The ​head of Fair Fuel UK, which lobbies the government over fuel duty, says he has been inundated with calls from panic-buying drivers after an unknown person listed his home as a petrol station on Google Maps – and blames a “militant cyclist” for it.

Howard Cox revealed the prank on his Twitter account yesterday, a day when long queues were forming at petrol stations across the country as motorists rushed to the pumps to fill up due to reports of shortages due to a lack of tanker drivers.

The listing appears to have been made at least several weeks earlier, however, given that the solitary review it attracted was published “1 month ago,” according to Google Maps.

It's sad that in a time of fuel shortage, some stupid troll hacked into my home address on @googlemaps and made it into a petrol filling station with photo of a Shell garage + a review. I had over 70 phone calls asking if I had a fuel supply. Puerile & sick! @FairFuelUK @TheABD pic.twitter.com/CT2ZM61uoM

Cox is adamant that what he terms a “militant cyclist” was behind his contact details being registered with Google Maps as those of a petrol station, based on reaction to his tweet about it.

“I got 70 phone calls with people saying: ‘Have you got any petrol for sale?’” said Cox, quoted in the Guardian.

“I was panicking because my phone didn’t stop ringing and it’s my private home address. They typed in ‘petrol stations near me’ and it came up with a little flag over my house saying ‘petrol station’.”

As for the culprit, he said: “It has to be an environmentalist. The people who are laughing their socks off are mainly cyclists, I’ve blocked a lot of them. If I find him – I’m assuming it’s a him – I’m not quite sure I can control my actions. I’m convinced it’s a militant cyclist.”

It's a term that Cox regularly uses on social media to describe critics of Fair Fuel UK, which is funded by the Road Haulage Association and Logistics UK, and which boasts that it has saved drivers £100 billion in planned fuel duty rises.

He also used it when he appeared on the TV channel GB News last month and accused the broadcaster Jeremy Vine as well as “a very highly vocal minority of militant cyclists” of promoting what he termed “a ‘them and us’ struggle” between cyclists and motorists.

But while Cox insists that he is willing to work alongside cycling organisations to draw up a long-term plan for the future of the nation’s roads, a report last month paid for and produced by Fair Fuel UK described  motorists as “hard-pressed” and “perennially demonised,” and the victims of “political bias” in favour of cyclists.

The report, entitled Party Parliamentary Group for Fair Fuel for UK Motorists and UK Hauliers entitled What does the 2030 fossil fuelled new vehicle sales ban really mean to the economy, environment, and UK’s 37m drivers? called on the government, among other things, to “Instruct local authorities to build new cycle schemes AWAY from existing roads” – without suggesting where and how that might be achieved.