Lauren Dolan, who has given up cycling, was seriously injured just 48 hours after winning bronze at UCI Road Worlds in Yorkshire
by Simon_MacMichael

A motorist who destroyed a Great Britain Cycling Team rider’s lifelong dream of competing at the Olympics has escaped court with a fine.

Lauren Dolan, now aged 21, sustained serious injuries when the driver’s actions caused her to crash while she was riding with her father near their home in Devon, just 48 hours after she had won a bronze medal in the team time trial mixed relay at the UCI Road Cycling World Championships in Yorkshire.

The crash left the rider with serious shoulder injuries, a fractured femur and cuts to her elbows and knees, and while she tried to return to competition afterwards, she remained in severe pain as a result of a fracture to her femoral neck – the part of the femur immediately below the ball that sits within the hip socket.

The crash happened on an A road between Teignmouth and Dawlish on 24 September 2019 after the motorist, 73-year-old Robert Newton, made what was described as a dangerous overtake on the cyclists, slamming on his brakes immediately after pulling back in front of Dolan and causing her to hit a traffic island.

Newton has now been found guilty of driving without due care and attention, failure to stop and failure to report the accident, and was fined a total of £1,079. His driving licence was endorsed with 10 penalty points, and he was also ordered to pay a £78 victim surcharge and costs of £500. 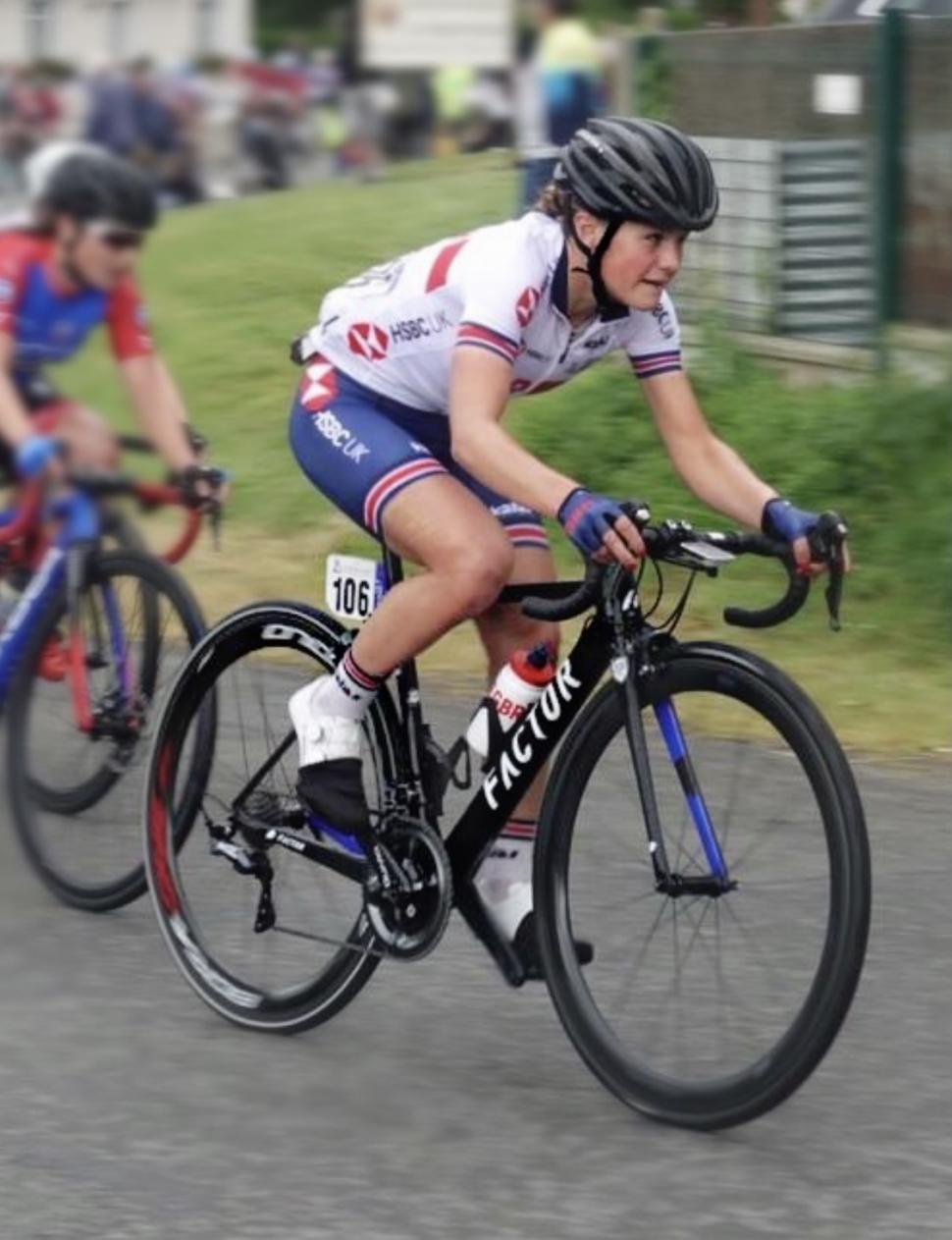 Lauren Dolan competing for GB before the incident

In a statement released via the law firm representing her, Dolan said: “The driver who caused the collision has ended my cycling career and he has only had to pay the sentence fine. I am grateful to be able to get on with my life but you can’t put a price on a young person’s career.

“The crash took away everything from that race, the biggest result of my career. I went from elation to complete and utter waste, what happened was so completely overwhelming.

“I had been at boarding school, spending three weeks at a time in Manchester, where I trained at the Velodrome, cycling was my life and I was on the way to fulfilling my childhood dream of cycling in the Olympics.

“The crash took all of that away, just when I was so elated by winning the bronze medal.

“I have only just started exercising again but I don’t cycle any more, the collision has taken away all of my confidence,” she added.

“I have to move on, I can’t help but think ‘what if, what if’, but I have to get on with my life. I hope to go to university and train to be a vet. It will be a completely different life.”

Dolan was represented by senior litigation executive Robin Selley of law firm Leigh Day, via her membership of British Cycling.

He said: “Although I am pleased this aggressive and impatient act has been recognised by the court, the actions of this driver have robbed a talented young cyclist of her dreams and future career in professional cycling.

“Lauren continues to suffer from the injuries sustained in this incident and her continued recovery and rehabilitation is the next step for her.

“We hope to be able to obtain a satisfactory outcome for her in the fullness of time but sadly, this kind of driving is becoming all too common on our roads and on this occasion, the actions of the driver have had such a devastating impact on one of the most talented young cyclists to have worn a Great Britain jersey.”