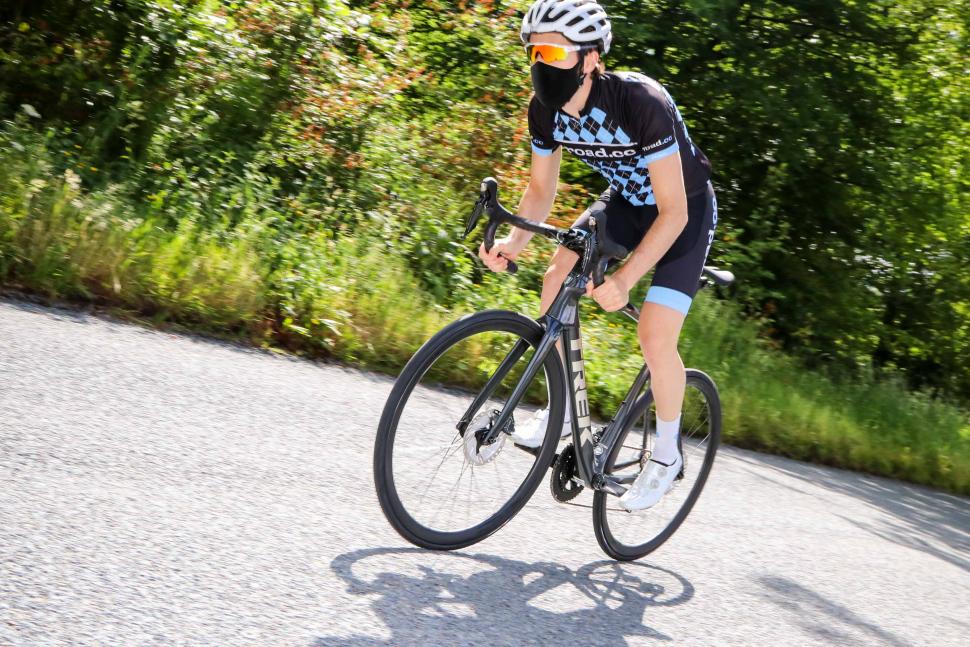 April Fools! Face masks made compulsory for cyclists in England

Legislation was announced by the Health Secretary this morning, sending shockwaves through the cycling community
by Jack Sexty

The Government has announced that from today, anyone riding a bike in England will have to wear a face mask by law. The restriction is indefinite, meaning that cyclists will have to mask up for the foreseeable.

The new law is particularly surprising after the national lockdown was lifted on Monday, allowing people to meet up in groups of six outside. The Chief Medical Officer is yet to offer his support for the new law publicly, and many cyclists and cycling organisations up and down the country have been left asking for a scientific explanation.

The legislation says that “anyone travelling by bicycle” will have to mask up… which has already led to a glut of cyclists attempting to exploit loopholes.

Scott Ritchey, owner of Vicious Cycles, told road.cc: “The phone has not stopped ringing all morning with people asking if I have any tricycles in stock, and I’ve just sold my last unicycle.

“I don’t watch the news so I was none the wiser until about an hour ago, when I popped out on the bike to get some milk and got tackled to the ground and fined a grand. I’m going to have to order some more trikes sharpish.” 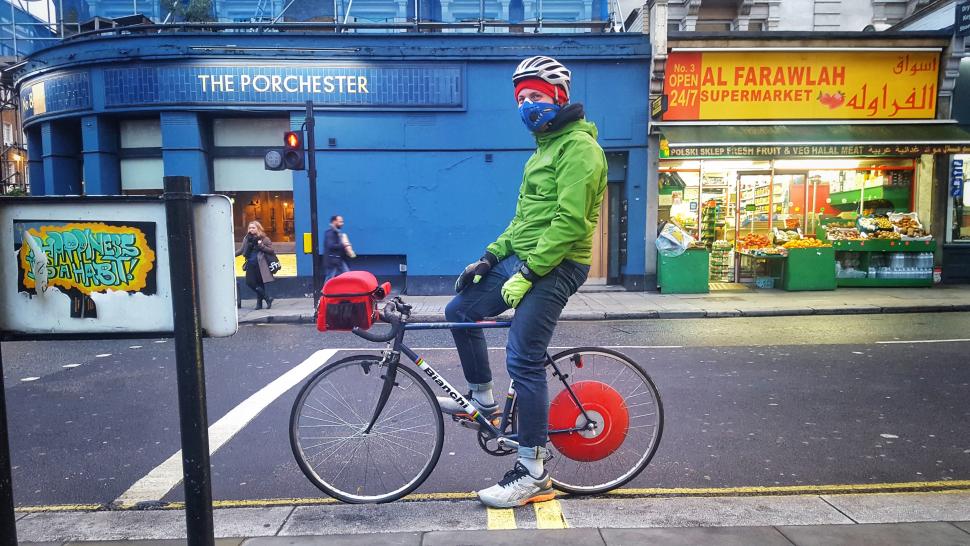 With none of the other three countries that make up the United Kingdom enforcing mask-wearing outside for cyclists, Avon and Somerset Police and Cumbria Police have both already reported witnessing hundreds crossing into South Wales and Scotland respectively. On the Welsh end of the Severn Bridge, one witness even spotted a hastily erected mask disposal point for cyclists.

Some experts are concerned that the new rules could lead to marginalisation of those who travel by bike, as no plans have been revealed to make masks compulsory for pedestrians. It’s also unclear if scooter riders and skateboarders will have to mask up.

Edna Bile told road.cc: “Cyclists don’t pay road tax, so why should they be able to breathe freely on our roads? Until they’re taxed, insured and licenced, they don’t deserve to share the same air as me and my Range Rover.”

You can find the new legislation on the government’s website here.

As our updated headline now reveals... don't worry, this was just an April Fool! Apologies if we gave anyone a fright, but hopefully between Mr Ritchey running out of trikes, hundreds of cyclists escaping to Wales and Scotland to ride maskless and Edna's fact-free finale, most of you quickly realised the Government has announced no such thing.