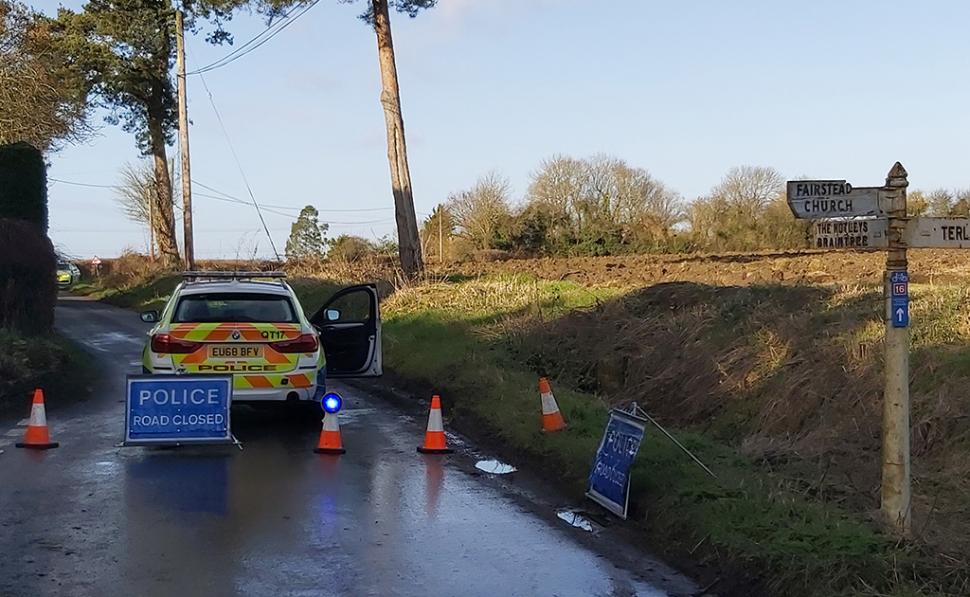 Essex Police has defended its silence over its RideLondon 100 plans after concerns over an apparent lack of road safety engagement prior to the event, citing traffic policing cuts and pointing to ongoing Vision Zero work to eliminate road danger.

While RideLondon 100, visiting Essex for the first time in the event's nine-year history, will take place on closed roads, along with a three-day Women's WorldTour race, there are concerns over the inevitable rise in leisure cyclists inspired to cycle outside of the event on some of the country’s most dangerous roads. While campaigners recognise forces are grappling with a decade of policing cuts, criticisms over a "lack of foresight" surrounding growing cycling numbers remain. In January a 62-year-old man was killed cycling in Essex, after a collision with a driver.

Towards the end of February Essex Police’s head of Road Policing told road.cc while the force isn’t targeting cycling safety surrounding the event itself, it is making “radical changes” to cut road danger for cyclists across the county, including:

“For the London ride, you can't ask any more than for it to be on closed roads because the risk is reduced significantly,” said Pipe. “More widely, there's an awful lot we're doing now and in the future.”

“We just have to recognise roads policing, not just in Essex, but nationally, we don't have lots of people. We simply don't”.

He said across Essex’s 5,000 miles of road there’s a maximum of seven traffic officers on a shift, and “that’s on a good day”.

Road policing has faced swingeing cuts across a decade of austerity, losing 40% of its workforce between 2009-2018, against a 15% overall policing cut, according to Cycling UK calculations.

Cycling UK's Duncan Dollimore told road.cc: “While roads policing numbers are down meaning there are less police on our roads, that still does not explain the lack of foresight of Essex Police in engaging with their road users."

In 2019 the government announced funding for an additional 20,000 police but experts say this will simply replace lost personnel with younger, less experienced bobbies.

“Nationally, [a younger workforce is] a bit of a problem for roads policing,” says Pipe. “But we are getting more people.”

“Extra Eyes or Op Snap, the use of technology to capture poor driving standards or road user behaviour, is the way forward,” says Pipe, with three full-time staff processing footage submitted by the public, and hopes to double that number.

In January of 66 close pass footage submitted, 19 were sent NIPs (Notice of Intended Prosecution), with 23 drivers sent advice letters, and a dedicated Saturday court to processing those cases.

“Road safety is a priority for both the force and the PFCC (Essex Police and Crime Commissioner),” says Pipe. “There aren't many police forces across the country that even have that force priority, so we really are pushing the boundaries”.

Essex is also aiming for Vision Zero, a target to eliminate road death and serious injury (KSI) by 2040, with an interim target to half the current 790-800 KSIs a year to 400 by 2030. The ambition was announced in 2020, with the county's strategy launched in September 2021.

“When I started out in this role, 22 years ago, Essex recorded 1,300-1,400 KSIs a year,” says Pipe, adding the force is planning “radical changes” to achieve Vision Zero using a data-led approach to target resources to roads used by cyclists, and identify and tackle collision trends.

Rural roads see the worst collisions, and speed enforcement ties in with Essex County Council's planned speed limit reductions on some roads from 60mph to 40-50mph.

“If you take the journey we've been on, we've come down from a hell of a high level, and that’s why we’re going for Vision Zero. We have plateaued over the last three or four years, without a doubt. But that's why we're going for the step change”.

“I know we're probably not getting it right all the time, but we've moved a hell of a lot over the last six months”.

A 2020 report by HMIC, the criminal justice inspectorate, concluded roads policing was wrongly deprioritised by forces, despite road deaths plateauing or increasing, with almost half of local crime plans omitting roads policing, and unclear national strategies to tackle road death.

Pipe concludes: “Death, serious injury on the road is not still seen as a national priority. It should be a government priority but it's not. It's only on the goodwill of a Chief Constable or PFCC to have it as their priority and we are blessed in this force to have both.

Duncan Dollimore, Cycling UK’s head of campaigns said: “Cycling UK sympathises with the plight of roads policing that Essex Police has highlighted. Reversing its decline has been a campaign priority for us for more than seven years, but until recently our words had fallen on deaf ears. In January, Transport Minister Trudy Harrison in response to Labour’s Lillian Greenwood seemed to indicate that roads policing could become a strategic priority again, so we’re hopeful.

"The police should use the opportunity to defuse potential conflict before it happens with clear messaging now on topics such as cycling two abreast and overtaking safely, so when Essex roads hopefully see more people cycling on them, those who are driving know not just what to expect but also how to drive safely around them.”