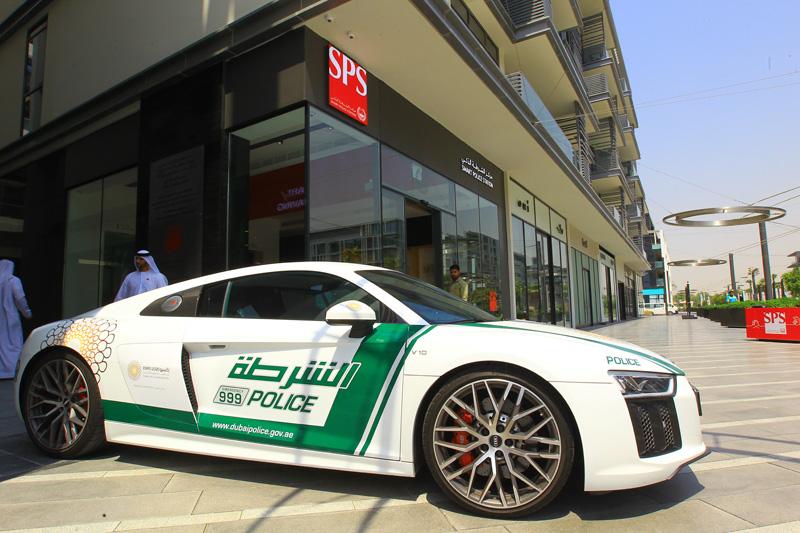 The Dubai Police really don’t mess around with bike thieves

Ordinarily, a story about bike theft in a far-flung country isn’t something that would get the pulses racing in the road.cc newsroom – but, when it comes with the headline, Dubai community rejoices as cops nab bicycle thief, we decided that this time it warranted further investigation, and we weren’t disappointed.

It’s a story that brings together a local Facebook group, a quick and efficient response by the police and, following a classic sting operation, the apprehension of a serial bike thief and leaves us feeling a bit wistful that many police forces here are unable to be so responsive when receiving a report of a stolen bike.

The tale begins with Ambika Tyagi, who lives in the Al Furjan gated community a couple of kilometres south of the UAE city’s marina, deciding to check her husband’s bike was still outside their home after learning through a Facebook group that a number of her neighbours had been victims of bike theft, reports Khaleej Times.

She said: “It was only after I read those messages that I realised I had not checked on my husband’s bike that was kept in our driveway for a few days.

“My husband’s mother had gifted him a new bicycle in December on his birthday and he would ride it daily. But since he had gone to India on January 30 this year, I had not checked on his bike until February 5 when I read those messages on the community group. To my utter horror, I found his bike missing. It didn’t have a lock on it as it was kept next to our cars, right outside our door.”

CCTV footage showed the thief taking the bike from the villa’s driveway one evening at 10.30pm, and after Mrs Tyagi reported the theft, the police arrived within half an hour.

“It was my first interaction with the Dubai Police and I was amazed at their agility and confidence as the officers reassured me that they will catch the culprit soon and that I need not worry,” she said.

Officers discovered the stolen bike being offered for sale online and, posing as prospective purchasers, contacted the seller and arrested him after they found him in possession of the bike.

He subsequently confessed to having stolen other bikes from the Al Furjan development, all of which were recovered by police and returned to their owners, one of whom, posting to the Facebook group, said: “Our bicycle that was stolen on January 31 is back home … Unbelievable work done by Dubai Police and CID. Kudos to them for doing their job so promptly and professionally.”

Mrs Tyagi added: “We were so impressed with the efficiency and intelligence of the Dubai Police as they managed to apprehend the thief in just a matter of three or four days and helped solve a problem our community has been facing for several months now.

“I was happy as I broke the news on our community group and so many people benefited out of this one complaint.”

In the United Arab Emirates, the punishment for theft is a fine, or a jail sentence of between six months and three years.

1
Adidas launches Velosamba SPD cycling shoes for city cyclists
2
Custom bike specialist WyndyMilla unveils one-off tribute to guitar legend Eddie Van Halen
3
6 highlights from Rapha’s new spring collection
4
Sigma Sports set for expansion as private equity firm buys into business
5
Win! £1,500+ worth of Pacenti carbon wheels, alloy wheels and cycling caps with multiple prizes to be won
6
The ‘Roadmap out of lockdown’ – what does it mean for cycling?
7
Near Miss of the Day 548: Driver makes exemplary overtake ... but almost takes out penny-farthing rider coming in opposite direction
8
Owner fined after dog sparks deer stampede in which 10-year-old cycling with family was injured