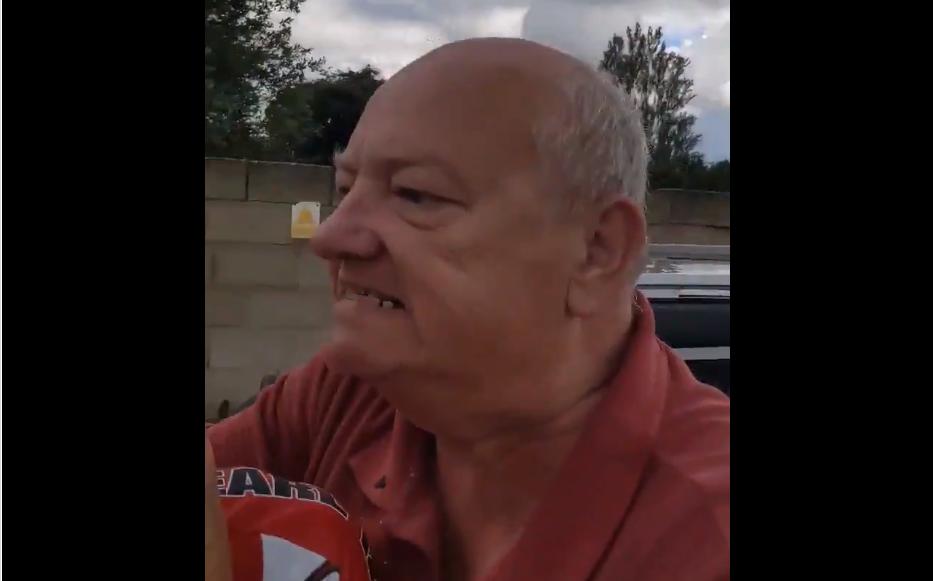 Video: Driver who assaulted cyclist told by police to “engage with anger management”

A driver who assaulted a cyclist in July was told by South Yorkshire Police to “engage with anger management,” according to a Community Resolution form sent to the victim by the force, despite punching the rider on his shoulder and helmet.

Alan, the rider who started filming the incident on his phone as it began to escalate and before the motorist got out of his car to assault him, told us he’d been prompted to send us a link to his tweet with video of the incident after reading our recent story about a driver who had been given a caution after repeatedly punching a cyclist in the head.

This driver close passed, left hooked and then laughed about it. He then drove into me and got angry at that point because his precious car might have been scratched. Charged with assault, but licence still clean. Includes swearing. pic.twitter.com/VkUiSThfQs

He said: “I was assaulted a couple of months ago in Yorkshire having been on the road for less than 200 metres with my brand new bike.

“The driver approached from behind into oncoming traffic, close passed, then immediately left hooked me, to stop at his destination.

“As I pulled up alongside his door to ask him about what happened, he laughed about the situation, explaining he didn’t care about the Highway Code or cyclist – I started to film at this point.

“He tried to drive off, turning hard right and in doing so got my rear wheel caught on his tyre, which started to drag me along the road.

“At this point, he became furious that I might have damaged his car and assaulted me, punching me a couple of times on the shoulder (and the helmet?!).

“I called the police, they charged him with assault although, as you can see from the attached victim copy, this simply meant he had to ‘engage with anger management’ so not really sure there is a massive difference between a caution and the assault charge for outcome.

He added: “The bike was quite badly scratched and had some deeper marks that the bike shop couldn’t give the ok to, so the bike was written off, 5 miles into its life,” he added.

Following the earlier incident which prompted Alan’s email to us, in which the victims were members of Swindon Wheelers Cycling Club on a group ride, Wiltshire Police defended its decision to only caution the motorist, saying:

In line with national policy, in cases of common assault with no injury, where the offender is identified and fully admits the offence, then an adult caution is deemed a suitable outcome.

We are committed to providing a high level of service for all victims of crime, and if any victim is dissatisfied with the service they have received then they can make a formal complaint via the Office for the Police and Crime Commissioner.

We are contacting South Yorkshire Police to try and ascertain the rationale for a Community Resolution being applied in this case.