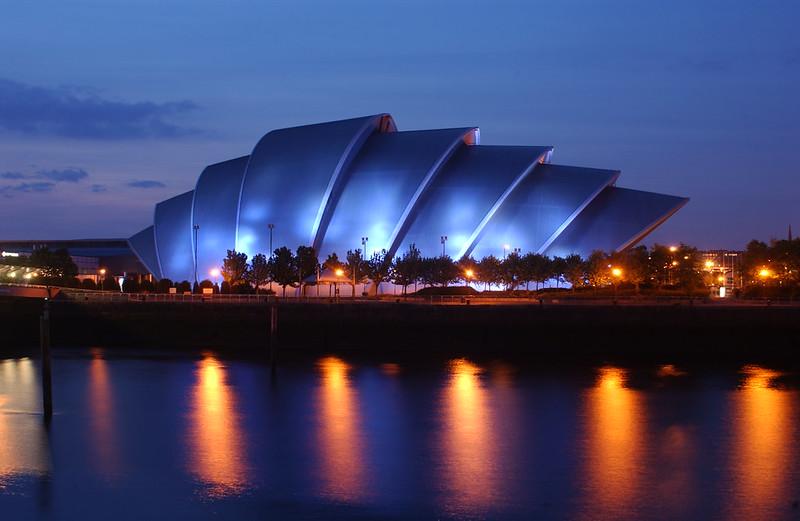 Cyclists and pedestrians will be banned from the area around Glasgow’s SEC  for four weeks as part of the security operation around the city’s hosting of the 26th UN Climate Change Conference (COP26) from 1-12 November.

Glasgow City Council says that temporarily suspending public access rights in and around the NEC from 23 October to 19 November is due to “security requirements” linked to the summit, which will be attended by world leaders and heads of state including US President Joe Biden and the Queen.

According to the event website, “The COP26 summit will bring parties together to accelerate action towards the goals of the Paris Agreement and the UN Framework Convention on Climate Change.”

US climate change envoy John Kerry has described the event, which will have some 30,000 accredited attendees, as “humanity’s last chance to avoid environmental apocalypse.”

The event is expected to attract major protests, as happened in 2005 in Edinburgh when Gleneagles hosted the G8 summit, and the security operation will be led by Police Scotland supported by specialist officers brought in from elsewhere in the UK.

A consultation on the temporary suspension of public access rights has been launched by Glasgow City Council and will remain open until this Friday 3 September. 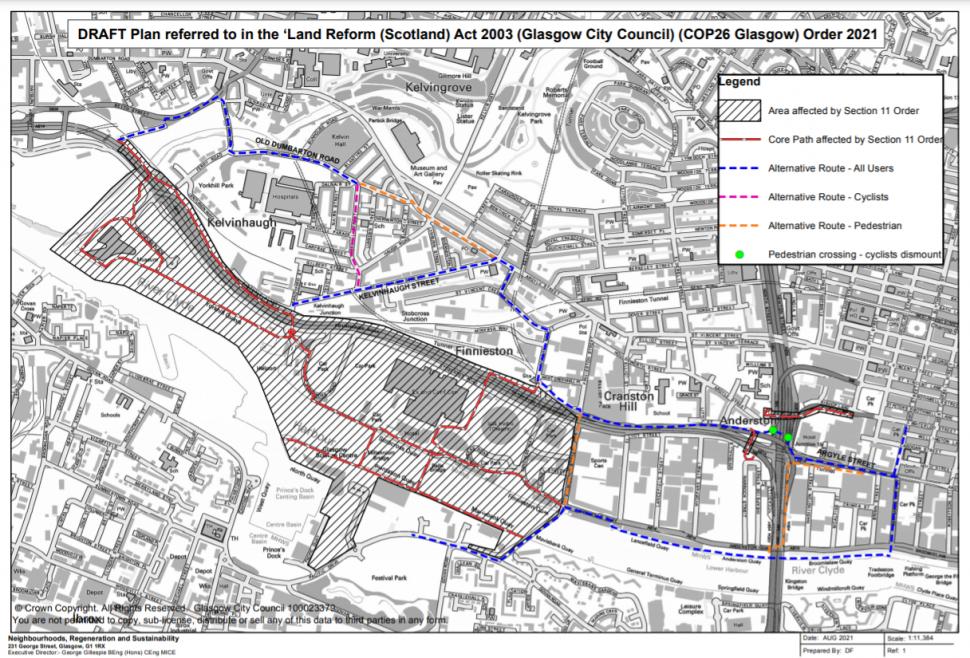 The exclusion zone is mainly on the north side of the Clyde around the conference centre hosting the summit but also extends across the river to the area around North Quay.

Pedestrians and cyclists will have no access to Finnieston Quay, Pacific Quay or the Millennium and Bells Bridges, as well as paths in the area, with the full list of closures as follows:

“Under the Land Reform (Scotland) Act 2003, the Council is required to provide the opportunity for the public to submit representations or objections to a proposed ‘Section 11 Order’, the purpose of which is to manage public access during the event,” Glasgow City Council says on the consultation page

“The extent of the exclusion zone around the SEC has been determined by the UK and Scottish Governments in conjunction with Police Scotland and is outwith the control of Glasgow City Council,” it continues.

“However, we have proposed alternative routes to help pedestrians and cyclists navigate around the area during the event and would welcome comments or ideas about the proposed routes.

“Objections and representations in respect of the proposed Order may be submitted by email to  getreadyglasgow [at] glasgow.gov.uk (subject: Section%2011%20Response) , for the consideration of the Council, to arrive on or before Friday 3rd September 2021. In the case of objections, the grounds on which they are made should be stated. Please mark your email ‘Section 11 Response’.”