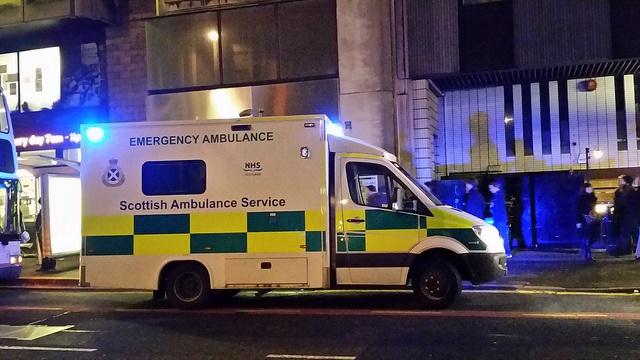 A cyclist has praised the 'guardian angel' who rescued him after he plunged 30ft from a remote bridge.

He lost control of his bike and went over the edge of the bridge and landed in the river below but couldn’t move because he was in so much pain.

Luckily, he was just a few yards from the home of RAF medical officer Nell Kerr, 51, who watched it all happen.

She scrambled down the riverbank and hauled GP-in-training Duncan to safety, as well as rescuing his £2,000 bike.

Speaking to the Scottish Sun, Duncan, from Inverness, said: “It’s nothing shy of a miracle the way things turned out.

“My back wheel gave out and I was over the wall. It all happened so fast I had no idea what was happening.

“Then I heard this voice shouting and asking if I was okay. Nell saved my life. She is definitely my guardian angel.”

Incredibly, he didn’t break any bones and days later was able to go back and say thanks to Nell and pick up his bike.

Nell said: “He is pretty lucky. If it happened about three minutes sooner or later I wouldn’t have seen him. He wouldn’t have had a chance.

“I kept asking him if he was okay but he wouldn’t answer, which wasn’t a good thing. He was going into shock. All he was saying was ‘get my bike’.”

Duncan is married to wife, Liz, and the couple have a seven-week old daughter Emily.

He had set off on an epic 15 hour cycle and was about four hours in when he reached the secluded spot close to Portsoy, Aberdeenshire.

The road was wetter than he expected and he lost his phone as he was hurled through the air over the bridge.

Duncan said: “I was absolutely terrified, just petrified. I thought no one would have had any idea what happened to me and that I was done for.

“The bike went over with me and there wasn’t a mark on the road. There was no one else around.”

Nell then ran back to her house to call for help and got Duncan a blanket and a beanie to keep him warm as they waited for the emergency crews.

He suffered painful and severe soft tissue damage as a result of the crash, but was able to get around on a crutch and was discharged the same day.